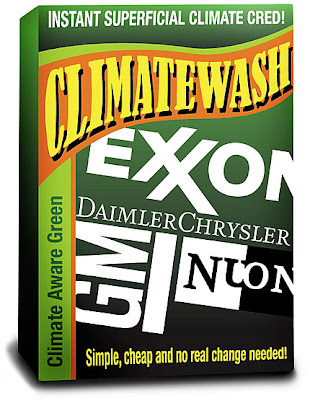 One of the great turds of the US political system, Sen. James Inhofe, yes, thatÂ silly-assed Republican from Oklahoma, displayed a most-marvelous bit of horror-irony this week as he tweaked the future and all those to come after us.
Inhofe is a major big-mouth-crybaby global-warming denier — appears a fairly ignorant man.
And with theÂ Copenhagen climate talks coming up in a couple of weeks, the pecker-head, dim-witted Inhofe claims the world is safe as nothing good comes out of Denmark.
Via HuffPost:

And Inhofe had a message specifically for Sen. Barbara Boxer (D-Calif.) — “We won, you lost, get a life.”

Whether one wants to hear it or not, or even, whether you believe/know it or not, the near-future of the planet is way-grounded in the word, change.
There’s so much afoot nowadays aimed at a really-clouded and anxious tomorrow — weather, energy, food (all the basics) — that despite all of stinky-Jim Inhofe’s blubberings will affect/effect everyone in such a profound way it’s unfathomable here writing this morning.
Read the basics on weather/climate here.
And on energy here; the basic problem on food here.

Inhofe’s mouth-off last week was in response to news the full SenateÂ won’t get around to a climate bill until this coming spring, months after the Denmark meeting.
Last summer, the House passed theÂ Waxman-Markey climate and energy bill (the American Clean Energy and Security Act), which called for cutting US greenhouse gas emissions by 17 percent from 2005 levels by 2020, 83 percent by 2050.
The Senate’s slightly more ambitious bill calls for a 20-percent cut by 2020.
And from the clown who blubbered years ago climate change was “greatest hoax ever perpetrated on the American people,” Inhofe continues to bluster hysterical aboutÂ  theÂ hysteria behind global warming alarmism:

I also said in Milan that the science is not settled.
That was an unpopular view back then.
But today, since Al Gore’s science fiction movie, more and more scientists, reporters, and politicians are questioning global warming alarmism.
I proudly declare 2009 as the “Year of the Skeptic” — the year in which scientists who question the so-called global warming consensus are being heard.
…
Of course, from the most memorable tidbit from my two-hour global warming speech in July of 2003 were my comments about the science behind global warming.
Now, six years later, and as I head to the next UN global warming conference, I am pleased by the vast and growing number of scientists, politicians, and reporters all over the world who are publicly rejecting climate alarmism.
When I made those comments on the Senate Floor, few people were there to stand with me.
Today, I have been vindicated and I am proud to share the stage with all those who now dare question Al Gore, Hollywood elites, and the United Nations.

Inhofe feels “vindicated” from what?
Barbara Boxer is head of the Senate Environment and Public Works Committee — the EPWÂ passed global warming legislation a couple of weeks ago by bypassing bowl-obstructed GOP members, thus eliminating their participation — the guys were being asshole-jerks, they’d boycotted the bill by stubbornly seeking more EPA analysis at an estimated (and additional) $140,000 cost.
Inhofe whined about it anyway: “In the history of this, we’ve not been able to find a time when a bill has been marked up without minority participation…”
However, he does seem to get the ever-changing last laugh –spine-lacking Harry Reid’s assertion of no Senate debate on climate-warming until the snow melts.
Read a view of the Senate version of the climate bill at Climate Progress.

And adding fuel to the skeptic/denier crowd were e-mails hacked this week from the UK’s Climate Research Unit at the University of East Anglia and posted online — actually a bit to do about nothing, unless you’re scamming.
From Wired:

Global warming skeptics are seizing on portions of the messages as evidence that scientists are colluding and warping data to fit the theory of global warming, but researchers say the e-mails are being taken out of context and just show scientists engaged in frank discussion.

And one such e-mail from Kevin Trenberth, head of the Climate Analysis Section at the National Center for Atmospheric Research in Boulder, Colorado:

But Trenberth, who acknowledged the e-mail is genuine, says bloggers are missing the point heâ€™s making in the e-mail by not reading the article cited in it.
That article â€“Â An Imperative for Climate Change Planning (pdf) â€” actually says that global warming is continuing, despite random temperature variations that would seem to suggest otherwise.
â€œIt says we donâ€™t have an observing system adequate to track it, but there are all other kinds of signs aside from global mean temperatures â€” including melting of Arctic sea ice and rising sea levels and a lot of other indicators â€” that global warming is continuing,â€ he says.
…
â€œIf you read all of these e-mails, you will be surprised at the integrity of these scientists,â€ he (Trenberth) says. â€œThe unfortunate thing about this is that people can cherry pick and take things out of context.â€

A good semi-insider response can be found at RealClimate.

Global warming and all its outlying complications are all too real — even a total mainstream source likeÂ National Geographic has a good interactive site on climate change — and Time magazine posed on Friday the consequences of a lame or near-non-existent agreement coming out of Copenhagen:

But there’s no getting around the fact that as the science of climate change grows more dire, the global political system seems increasingly unable to deal with that reality.
“We don’t want a global suicide pact,” said Mohamed Nasheed, the president of the Maldives, a low-lying Indian Ocean nation that could be swamped by global warming-caused flooding. “We want a global survival pact.”
But the world’s most influential leaders still aren’t ready for that.

Ready for what? An event way down the road, a maybe-problem for some future generation?
Not so fast…
From theÂ executive summary of a new study (pdf) commissioned by the World Wildlife Fund International (h/t Climate Progress):

This report models the ability of low-carbon industries to grow and transform within a market economy.
It finds that runaway climate change is almost inevitable without specific action to implement low-carbon re-industrialisation over the next five years.
The point of no return is estimated to be 2014.

Re-invent modern industry in five years?
You gotta be shittin’ me!