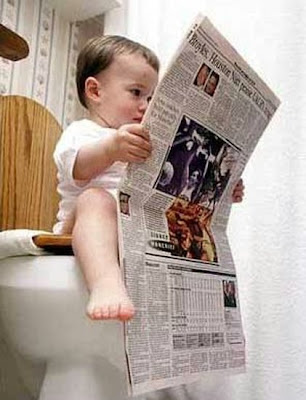 One wonders at the wonder of technology.
I moved last weekend — on Friday transferred the power and gas, and the telephone, to the new address (just a couple of blocks from the old one) in a matter of 120 minutes.
My Internet provider, however, took three days to relocate the Web to my laptop’s new resting place.
Why — I figured something like that was just a click away.

And off the world-wide Web, I felt a strange sense of vulnerability — as if there were horrific creatures out there waiting to devour me, and the only way to escape them was to keep track of their movements via the Net, but alas, the sensation was just a real-news-time gap, a TV/newspapers-only-information-gulf between knowledge and ignorance.
(Illustration found here).

Although Lara Logan, CBS News’ hottie and Pentagon hack, is a MSM queen and doesn’t want to upset the generals, she did tell Jon Stewart in 2008 this little truthful gem: “If I were to watch the news that you’re hearing in the United States, I’d just blow my brains out. ‘Cause it would drive me nuts.”
News reporting is truly one sided — what comes out on the TV ain’t nothing to what’s really happening.
The Web is a kind of Helm’s Deep, the last stand, if you will, where real news is projected and filtered through a trillion different sources, especially if TV is part of the cover-up.
A glaring ugly example: the New York Times won a Pulitzer Prize in 2008 for its in-depth piece on the Pentagon’s TV ‘analysts’ program — talking-heads cheer-leading the Iraqi invasion.
Yet not a squeak from TV news on this story — they were part of the crime, why not be part of the cover-up?

During my Web absence, a lot of news poured down the pike, but nothing really earth shattering, though, a lot of it will be purposely missed by TV broadcasts, or overlooked by the MSM because the incidents don’t fit the profile.
One was an odd rash of police shootings — Two Florida police officers died after being ambushed by a wanted criminal, hiding in an attic. One in Indianapolis lapsed into a coma, after being shot during an otherwise routine traffic stop. And then there were the four in Michigan, wounded after a man entered their precincts and began indiscriminately spraying bullets.
An off-shoot of Tucson or just part of the worldwide increase in crazy?

And the story of the continuing war on US GIs as the soldier-suicide rate endures: For the second year in a row, the U.S. military has lost more troops to suicide than it has to combat in Iraq and Afghanistan.
The war on terror appears to be from within.

Smart-ass, foul-mouthed Rahm Emanuel can’t run for Chicago mayor as State law requires mayoral candidates to live in their city for at least one year before an election: While Emanuel did own a home in Chicago, it was rented out to tenants who’d renewed their lease just days before outgoing Chicago Mayor Richard Daley said he would not seek reelection. When Rahm announced his intent to run, the couple said they wouldn’t be moving.
Ha-ha.

And a sign of the times: General Motors Co. sold more cars and trucks in China last year than it did in the U.S., for the first time in the company’s 102-year history.
See Jon Stewart’s send-up of China chief Hu Jintao’s US visit here.

And one major news story not blasted aloud by the MSM — US authorities cannot link Army Private Bradford Manning to WikiLeaks’ Julian Assange, a key element with all the anti-Assange bullshit flying around the past month — though an MSM outlet did break the item.
NBC Reports: The officials say that while investigators have determined that Manning had allegedly unlawfully downloaded tens of thousands of documents onto his own computer and passed them to an unauthorized person, there is apparently no evidence he passed the files directly to Assange, or had any direct contact with the controversial WikiLeaks figure.
Where to go from here would be a good question for US Attorney Eric Holder.

And this story to keep a hard-eye on in the immediate future: A bill giving the president an Internet “kill switch” during times of emergency that failed to pass Congress last year will return this year, but with a revision that has many civil liberties advocates concerned: It will give the president the ability to shut down parts of the Internet without any court oversight.

Does Obama know about those creatures?