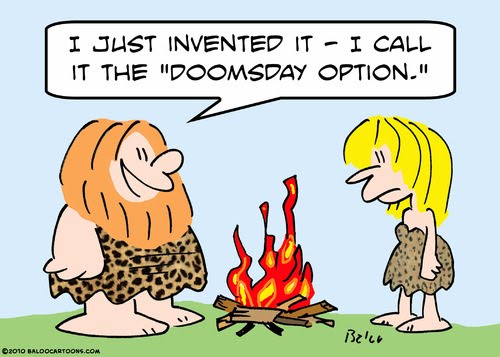 As 2011 marches right along, and even as we celebrate the one-year anniversary of the BP oil spill (BP high-fived the celebration by doling out big bucks to Republican ass-kissers), and try not to become too emotionally involved with Japan’s increasingly-ominous nuclear nightmare, and try not to think about air traffic controllers asleep at the wheel, and don’t even want to consider the 3,000-square-mile fires in Texas still raging with no end in sight, and we sure as shit don’t feel weepy about the UK’s royal wedding this weekend as that’s so pretentious.
There’s bigger, uglier fish to fry.

Closer to the vest, gas prices at the pump keep moving upward — here in northern California it’s at $4.40 a gallon for regular, up four cents (the last time I fueled my Jeep the price was at $4.35) and it appears we’re the highest in a state of high prices.
From the LA Times: In California, the average price for a gallon of regular gasoline climbed 4.4 cents to $4.205. That was $1.115 a gallon higher than a year earlier, but still considerably short of the record $4.588 set in June 2008, according to the Energy Department’s weekly survey of fuel retailers, which was released Monday.
However, this time the scenario might get uglier.
In that LA Times piece: “A lot of people are saying that it feels like we’re back in 2008. But this is different,” said Phil Flynn, an analyst at PFGBest Research. “Now, we see oil doesn’t have to be near the high mark of $147 or $148 a barrel for gasoline to be closing in on a new record, and we’re going to come close to new records.”

We’re getting there, though.
This morning in London (from liveoilprices), Brent crude oil futures for June 2011 delivery was trading at $124.64 a barrel, while WTI (West Texas Intermediate) was up to $112.24 a barrel — the WTI up more than $2 since Monday.
Our entire world is oil-based and that base is about to bust.

Peak oil is no longer a fringe item, or a joke (or a joke with a really, really bad punchline), but an ugly slice of reality.
U.S. geologist M. King Hubbert predicted in 1956 the US would peak in its oil production between 1965 and 1970 — he was right — and the entire planet would run out of oil by 2000 — he was near right.
Hubbert’s big problem, however, was that he was way-too optimistic.
He’d figured other forms of energy would be found, the population would rise and everything would turn out somewhat peachy.
Wrong.
Gail Tverberg atÂ The Oil Drum had a most-excellent post up this week explaining why Hubbert was not fatalistic enough, mainly to circumstances beyond oil, like wars, technology, and the like.
Tverberg (also with the Oil Drum blog handle ofÂ  ‘Gail the Actuary‘) uses charts, graphs and all kinds of informational sources to show how the oil supply will quickly descend into the bowels of history.
A couple of money quotes:

EROEI means Energy Returned on Energy Invested.
It can be defined as the ratio of the amount of usable energy acquired from a particular energy resource to the amount of energy expended to obtain that energy resource.
Wikipedia says: ‘When the EROEI of a resource is equal to or lower than 1, that energy source becomes an “energy sink”, and can no longer be used as a primary source of energy.’
The situation is really worse than Wikipedia suggests.
An economy needs a certain level of energy just to keep its infrastructure (roads, bridges, schools, medical system, etc.) repaired and working, and citizens educated.
So energy resources, to really be useful, need an EROEI significantly higher than 1 to maintain the system at its current level of functioning.
How much higher than 1.0 the EROEI needs to be on average will depend on the economy.
An economy such as that of China, with relatively fewer paved roads and less expensive schools and healthcare system can probably get along with a much average lower EROEI (perhaps 4.0?) than an economy like the United States (perhaps 8.0), because of lesser infrastructure demands.
If the average EROEI available to society is falling because oil is becoming more and more difficult to extract, an economy with a high standard of living such as the US would seem likely to be affected before an economy with a lower standard of living, such as China or India or Bangladesh, because of the higher EROEI needs of the more extensive infrastructure.
Ultimately, though, the world is one economy, so problems in one country are likely to affect the economies of other countries as well.
…
The downslope of oil production can be expected to reflect a combination of different impacts.
Unless technology improvements truly have a huge impact, it would seem to me that the overall direction of the downslope is likely to be faster than Hubbert’s Curve would predict.

Read the whole post and marvel at the illustrations.
And read the comments section, too, because always at The Oil Drum much information passed amongst the readers as post authors (Gail the Actuary in this case) answers questions.

Stay away from the gas pump and life may not be so ugly — right now.