US peoples are a resilient breed.
The great American Dream still lives, but only within a nightmare of sleepless fantasy. 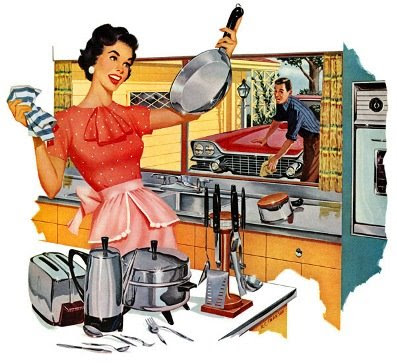 James Truslow Adams coined the phrase, American Dream, in his 1931 book, The Epic of America: “that dream of a land in which life should be better and richer and fuller for everyone, with opportunity for each according to ability or achievement.”
This dream fueled the US for nearly 50 years, especially from the notorious baby boomers, who pushed the myth concept onto their offspring with a vengeance.

Despite all the current bad financial and economic news, a good chunk of US peoples are still clinging to that high-august hope of making it good in America.
From USATODAY/Gallup Poll out this week, seven in 10 Americans say those high fuel prices are sharply cutting into their financial situation with 21 percent claiming the impact is so dramatic their standard of living is jeopardized.
And the outlook ain’t too bright either:

We done peaked, I guess, up here in northern California — way peaked.

And with all the shit, the American Dream is still alive, though, on life support.
From CNNMoney this morning:

Only 32 percent of Americans consider their own personal finances excellent or good, a nine point decline from last year and 23 points lower than 2007, before the economy tanked, according to a new poll from the Pew Charitable Trusts.
At the same time, 68 percent of respondents feel they have achieved or will achieve the American dream.
But when asked if their kids will have a higher standard of living than they currently enjoy, only 47 percent said yes.
That’s down from 62 percent in 2009.
…
Eighty-three percent of Americans support a government role in promoting upward economic mobility. Ninety-one percent of Democrats, 84 percent of independents and 73 percent of Republicans say so.
And 58 percent think government could do even more to keep them from falling behind.

The big problem: government don’t give a big doo-doo.

The big, and the big word is ‘big,’ problem is jobs.
Although a lot of US businesses are slowly recovering and making a little money, they’re not hiring as the financial landscape has shifted — and even with more than 13 million people searching for work, and though U.S. companies have made about $940 billion since since 2008, the cash flow is going elsewhere, creating a wide gap between capital spending and employment.
Corporate investment will climb 11 percent this year while employment only rises 1.7 percent.

I.e, the old saying: Jobs is job one — bullSHIT.

Unemployment is different now.
In fact, the big difference is the powers-that-be have apparently forgotten a major problem within the US economy — jobs just ain’t so politically cute any more.
Not surprisingly, the media has dramatically shifted away from stories on jobs and employment — a good reason is the GOP/Tea Party election chime last November away from anything but the deficit — articles on jobs has dropped nearly 70 percent since last summer, while articles on the deficit have doubled over the same time.
The horror is today’s employment situation is different than in the last half century.
In a rare jobs’ post from The Atlantic:

Unemployment duration ain’t what it used to be.
In 1982, the last time unemployment tipped double digits, joblessness was more of a short-term affair. Across these four categories, the plurality of folks were unemployed for fewer than five weeks.
In 2011, by contrast, about half the jobless have been out of work for at least 27 weeks.
Just as striking, the number of people unemployed for less than five weeks remained under its historical average even during the worst months of the recession.
In 1982, unemployment was a terrible cold, measured in weeks and maybe months.
Today it’s pneumonia.
One year after the recession hit, layoffs fell below their historical average.
So what kept unemployment in double digits throughout 2010?
Job openings, which had fallen more than 50 percent from 2007, rebounded moderately.
But hires, which had fallen more than 20 percent, didn’t recover.
The upshot is that the production economy thawed.
But the labor economy froze.
And the political will to fix the labor market faded in 2010.
The press was partly complicit in this fade-out effect.
But it’s hard to blame the media too much for resisting to write feverishly about nonexistent efforts to fix a static unemployment problem.

Operative words there: nonexistent efforts to fix…
No one in DC seems to give a shit.

And the dream is indeed just that — a nightmare in a fine-tailored suit.