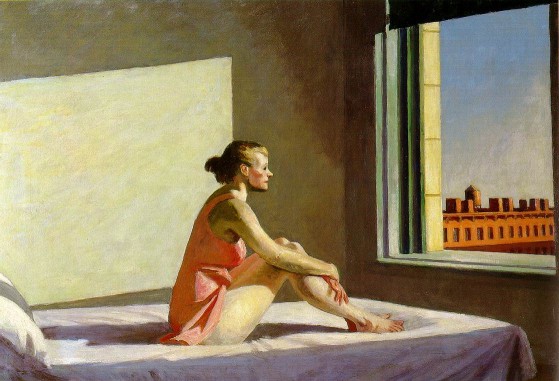 Here we are on a wee-early Thursday morning trying to slop through the night’s news and nothing other than the usual war, pestilence and grief, with much emphasis on war, jumps out at me — another daylight-coming on an earth eat-up with bad shit.
Nothing seems to reach out and grab my imagination — all the mind-blowing shit from climate change to Afghanistan to Greeks running financially amok — and all seems to melt down together into one giant stain on the carpet.

So, to my most-favorite poet and a wonder at the prospects:

Will there really be a morning?
Is there such a thing as day?
Could I see it from the mountains
If I were as tall as they?

Has it feet like water-lilies?
Has it feathers like a bird?
Is it brought from famous countries
Of which I have never heard?

Oh, some scholar! Oh, some sailor!
Oh, some wise man from the skies!
Please to tell a little pilgrim
Where the place called morning lies!
— Emily Dickinson

Emily cried at the coming light, and like the rest of us, yet without a clue.