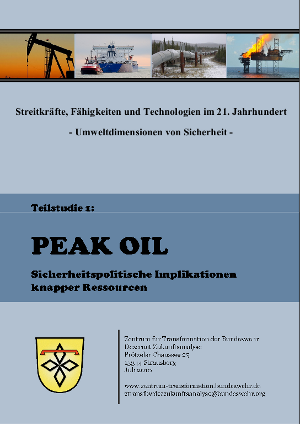 As we thunder through 2011, many of the things we take for granted are slowly floating past us like all that debris washing through the homes and towns in Vermont — a game-changing time is coming quick.

And another milestone: For the first time since the American invasion of Iraq, an entire month has passed without a single United States service member dying.
Eight years of slaughter and nearly a decade of foolishness.

In the realm of the physical senses, bad weather is much more easier to fathom than the current slow dribble of modern civilization as it winds down — climate change is gaining an in-your-face-asshole motif, but peak oil — the end of civilization — is stealing into the house of mankind like a thief in the night.

Until about four years ago, I hadn’t even heard of ‘peak oil,’ and if I did, it was so on the peripheral the matter never registered.
And when I started looking at the issue, most experts (even The International Energy Agency) had set the peak at about 2030, then a year or two later, the time had down-shifted to 2015, and now just about all the so-called professionals have placed the peak in the past, most likely between 2006 and 2008.
What the heck?

No one appears to be paying much attention.
Last November, the German military, the Bundeswehr, released an extraordinary analysis of peak oil, which plainly stated the world is in for some bad shit and it grabbed almost no media attention at the time.
Energy Bulletin stated it this way:

Unfortunately, mainstream media, even in Germany, have ignored this report, which ought to have been front-page news around the world.
The absence of media interest appears to confirm the very point which the Future Analysis team stated: we reject in-depth discussion of our collective dilemma and there are plenty of reasons why some of us may indeed prefer â€œsuppression of irrefutable facts.â€

The big drive in the US — and elsewhere it seems — is the old mantra to get off ‘foreign oil,’ and/or to ‘drill, baby, drill,’ or attempt a solution that won’t cure the disease, but will also make the climate even worse than it is already (of course, I speak of the controversialÂ  Keystone tar sands project, which is so f*cked — read a good update/analysis at DeSmogBlog).
There’s absolutely nothing out there to even start a discussion about what to do.

The Germans told it like it is.
Translation also from EB:

We are unable to think about the consequences of Peak Oil via our everyday experiences, and can only draw partial historical parallels.
It is accordingly difficult to imagine what kind of impact a gradual withdrawal of one of the most important sources of energy would have on our civilization.
Psychological barriers account for the suppression of irrefutable facts and lead to an almost instinctive rejection of in-depth discussion of this difficult issue.
The occurrence of Peak Oil is, however, unavoidable.

A summary of the German report from EB:

However, the Future Analysis team warns that a progressive decline cannot be managed indefinitely.
They point out that economies function within a narrow band of relative stability: although economies can sustain their principal functions despite cyclical fluctuations and the occasional shock, there is the potential for an economic tipping point to be breached.
Over-stressed economic systems could suddenly find themselves beyond that band of stability, at which point the entire system could react chaotically.
Given the multitude of interconnections within our modern economy, one can readily imagine chain reactions which could destabilize the entire global economic system.
…
Such contagion is precisely what the Bundeswehr analysts warn against in the second part of their scenario.
In bold type, they assert, â€œIn the medium term, the global economic system and every market-based economy would collapse.â€
This is a shocking assertion which the analysts justify by explaining both the likely causes and the potential consequences of such a collapse.
They point to the importance of certain psycho-social factors such as awareness and trust.
As people become aware that the contraction in global oil supply and economic activity is likely to be a prolonged, indefinite reality, there could be an increasing (and to some degree, self-fulfilling) loss of faith in markets, currencies, financial institutions, and the ability of governments to maintain economic and social order.

Soon, I think, climate change will be so massive and obvious, those who deny it will be run out of town on a rail and scorned — not so with peak oil until it starts striking hard.
And this reflected via PublicServiceEurope: Needless to mention, if you think getting people to wake up to the reality of peak oil is a challenge, good luck convincing the powers that be that we need root and branch reform of our banking system. The gap between what’s obvious to most and what gets done in the interest of the few never ceases to amaze.

And then it’s boots and saddles again.
(h/t on the Bundeswehr report to The Oil Drum).