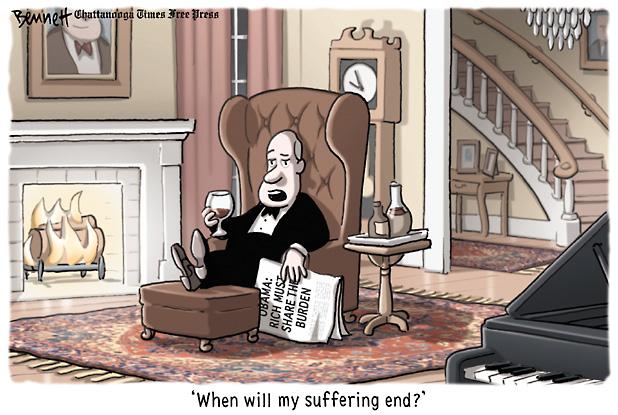 The Great American Dream has always been just that, a dream — a vapor made solid and real by fantasy fueled by a desire to be well-to-do, or rich.
Historian James Truslow Adams is credited with coining and embellishing the phrase, ‘American Dream,’ and it’s been a most-vital part of US folklore — it drives everybody to go out and accomplish!
Adams defined the term as “that dream of a land in which life should be better and richer and fuller for everyone, with opportunity for each according to ability or achievement…It is not a dream of motor cars and high wages merely, but a dream of social order in which each man and each woman shall be able to attain to the fullest stature of which they are innately capable, and be recognized by others for what they are, regardless of the fortuitous circumstances of birth or position.”
He wrote that tripe in the mid 1930s, when dreamy-naivety was in full bloom in the face of the daily grind of the Great Depression — nowadays we all know Adams was full of shit.

Mitt Romney knows as he blubbered out the GOP reality on NBC‘s Today show yesterday:

You know, I think itâ€™s about envy.
I think itâ€™s about class warfare.
When you have a President encouraging the idea of dividing America based on the 99 per cent versus one percent â€” and those people who have been most successful will be in the one per cent â€” you have opened up a whole new wave of approach in this country which is entirely inconsistent with the concept of one nation under God.
The American people, I believe in the final analysis, will reject it.

(Matt Lauer ‘Today’ hostÂ  — “Yeah but envy? Are there no fair questions about the distribution of wealth without it being seen as â€œenvy,â€ though?”)

I think itâ€™s fine to talk about those things in quiet rooms and discussions about tax policy and the like.
But the president has made it part of his campaign rally.
Everywhere he goes we hear him talking about millionaires and billionaires and executives and Wall Street.
Itâ€™s a very envy-oriented, attack-oriented approach and I think it will fail.

Yeah, that’s it, we’re all envious of the fat cats and we really don’t have ‘quiet rooms.’

And according to a new Pew Research poll, also out yesterday, that there is a growing conflict between rich and poor in the US — 66 percent say there’s “very strong,” or “strong,” strife between these two classes based on cash.

Not only have perceptions of class conflict grown more prevalent; so, too, has the belief that these disputes are intense.
According to the new survey, three-in-ten Americans (30 percent) say there are â€œvery strong conflictsâ€ between poor people and rich people.
That is double the proportion that offered a similar view in July 2009 and the largest share expressing this opinion since the question was first asked in 1987.

This whole business didn’t happen overnight, either.
Via Raw Story: A study released in November 2011 found that the rich and poor have grown more isolated from each other over the past 40 years. In 2007, nearly a third of American families â€” 31 percent â€” lived in either an affluent neighborhood or a mainly low-income one, up from just 15 percent in 1970, according to the study conducted by Stanford University, and released in partnership with the Russell Sage Foundation and Brown University.

The gap is not just a store for the semi-rich, but a wide divide.
And that hatful of GOP shitheads running for president will keep the divide dividing.
According to an analysis by Citizens for Tax Justice (via Think Progress): The share of tax cuts going to the richest one percent of Americans under these plans would range from over a third to almost half. The average tax cuts received by the richest one percent would be up to 270 times as large as the average tax cut received by middle-income Americans.

Patrons of the liquor store where I work (and manage) are mostly way-down on the 99 percent side of the economic poll, pulling out coins to pay for smokes and beer.
In the last few months, there appears an increase in a payment oddity — people are using both credit/debit card and cash to pay for shit on the same transaction, piling up change and then using an ATM card to cover the remainder.
Money at the bottom rungs ain’t easy to come in, but way-easy to go out.
And the whole shebang is getting stressful.
From the LA Times:

On a scale of 1 to 10, residents of eight U.S. metropolitan areas told psychologists they rated their level of stress as 5.2, according to survey results released Wednesday.
That may not sound so terrible — except that these Americans also said their ideal level of stress would be around 3.6.
“Have we reached the point of becoming a chronically stressed nation?” said Michael Ritz, a clinical psychologist in Irvine who serves as the public education coordinator for the California Psychological Assn.
“The data might suggest we’ve reached that point where it just [becomes] a fact of life.” “It’s called the American Dream because you have to be asleep to believe it” — George Carlin.