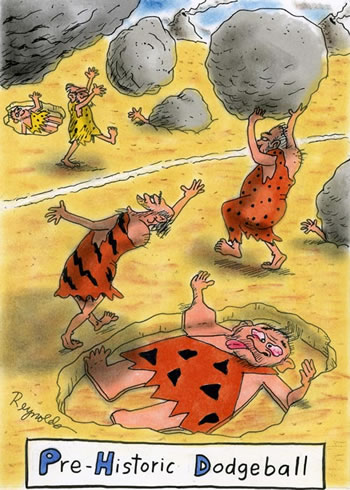 We can all sleep better now that Mitt Romney is once again the top GOP dog — slipping past the field in Arizona, and especially in the land of his birth, Michigan: ” … We didn’t win by a lot, but we won by enough and that’s all that counts.”

Yes, winning is all that counts, but the problem Mitt doesn’t care about, or even think about, is the US is a loser.
In the horror aftermath of the Ohio school shooting — the US leads the world in these kinds of things: Kids with guns kill kids at school.

US history leads the way as the very second European peoples stepped off the boat 300 years ago they startedÂ  hustling up wealth and whatever got in the way was killed, a kind of death-cycle dodge ball where native peoples/animals/plant life were eliminated.

This sincere give-or-be-killed attitude is awfully on display via the horror of Afghanistan, where US hustling has drawn up a nub — after nearly 11 years, the conflict there is coming apart at the seams even as US generals cry the luminosity of the “fundamental strategy” despite it all.
Not necessarily, at least for Anthony H. Cordesman, a military analyst at the Center for Strategic and International Studies who has served as a consultant for the Pentagon: â€œIt has been a truly grim week and one where these events raise questions about U.S. strategy and the value of continuing with the current approach to the war,â€ Cordesman wrote Monday in an online commentary. â€œThe reality, however, is that the strategy .â€‰.â€‰. has been dying for a long time.â€
No shit, sherlock.

The big problem with the Afghan theater is the US hustle.
Tomdispatch writes:

Sensitivity, in case you hadnâ€™t noticed at this late date, has not been an American strong suit there.
In the headlines in the last year, for instance, were revelations about the 12-soldier â€œkill teamâ€ that â€œhuntedâ€ Afghan civilians â€œfor sport,â€ murdered them, and posed for demeaning photos with their corpses.
There were the four wisecracking U.S. Marines who videotaped themselves urinating on the bodies of dead Afghans — whether civilians or Taliban guerrillas is unknown — with commentary (â€œHave a good day, buddyâ€¦ Golden — like a showerâ€).
There was also that sniper unit proudly sporting a Nazi SS banner in another photographed incident and the U.S. combat outpost named â€œAryan.â€
And not to leave out the allies, there were the British soldiers who were filmed â€œabusingâ€ children.

And the powers that be really don’t give a shit.
Even the Stars and Stripes pitched in with a anti-hustle nod:

â€œThere is a lack of cultural understanding with the U.S. soldiers that should have been addressed by now,â€ said Waliullah Rahmani, executive director of the Kabul Center for Strategic Studies, a nonpartisan think tank.
â€œWith their constant rotations — the new units coming in every year — knowledge does not get passed on.â€

This bottom line to the whole Afghan bullshit: â€œThe U.S. public has trouble understanding why the United States continues to sink blood and treasure into Afghanistan when the people we are trying to help are killing us,â€ Andrew Exum, a counterinsurgency specialist at the Center for a New American Security, told the Los Angeles Times.

US peoples have had a long, hard time trying to understand — history pushes back.

One interesting explanation comes in a review of the new book, Why America Failed: The Roots of Imperial Decline (John Wiley, 2012), by Morris Berman, an US academic humanist cultural critic who specializes in Western cultural and intellectual history.
Berman says the problem with America is its very character.
From the examination of the book by Thomas H. Naylor at Counterpunch:

According to Berman the seeds of the Empireâ€™s destruction were sewn in the sixteenth century by the early European settlers who were, above all, into â€œhustlingâ€ — looking out for number one.
Ever since then, â€œhustling, materialism, and the pursuit of personal gain without regard for its effects on othersâ€ have provided the dominant theme of the American culture.
He or she who dies with the most toys wins the game.
Enough never seems to be quite enough.
The hustlerâ€™s credo is â€œTeach me how to be a moneymaking, moneyspending machine.â€
Most hustlers are obsessed with having — owning, possessing, manipulating, and controlling people, power, money, machines, and material wealth.
Through having they try to find security and certainty in an otherwise uncertain world.
Their compulsive desire to have leads straight to technofascism â€“ affluenza, technomania, cybermania, megalomania, robotism, globalization, and imperialism.
…
As a nation we are so obsessed with hustling that we have lost our ability to be human beings.
Our happiness depends mostly on our superiority over others, our power, and our ability to manipulate others.
Capitalist America may be the most efficient and productive nation in the world, but it extracts a high human cost.
Conspicuous consumption is no longer a sign of our success, but rather of our spiritual vacuum.
America has lost its soul.
…
Berman devotes an entire chapter to what he calls the â€œillusion of progressâ€ and the relationship between technology and progress.
He views technology as a kind of â€œhidden religionâ€ linked to the notion of â€œunlimited progressâ€ and the â€œperfectibility of man.â€
It supplies the â€œsocial glueâ€ which hustling alone is unable to provide.
…
Most books about the decline of the American Empire conclude with a â€œhappy chapterâ€ explaining how some idea such as campaign finance reform, banning corporate personhood, or a return to the Constitution will guarantee eternal bliss.
Berman makes it very clear that his book has no â€œhappy chapterâ€ because the endgame is not going to be very pretty.
Berman describes life in the United States as vapid, utterly meaningless, and without heart.
â€œThe United States has run out of steam.â€

An ugly, inconvenient truth — hard to swallow, but if you can’t get it down, you choke to death.
One idea: Gird thy loins, or hustle up a strong-ass jock strap.