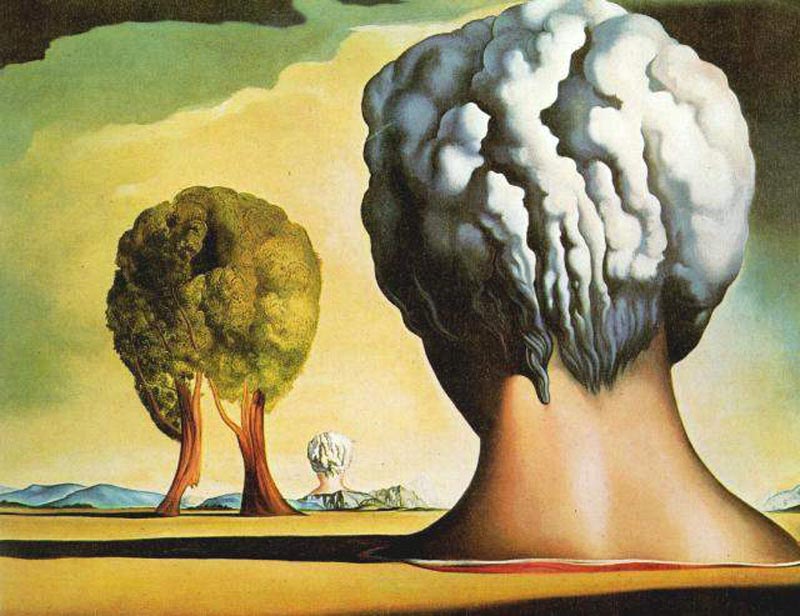 Apparently, another subject placed on the news cycle back-burner, thus, out of the public eye.
Yesterday, from CNN on the NRC’s order putting southern California’s San Onofre nuclear power plant out of commission indefinitely until somebody figures out how radioactive gas is leaking from a steam generator:

The power plant has been shut down since this winter, when a small amount of radioactive gas escaped from a steam generator during a water leak.
At the time, federal regulators said there was no threat to public health, though they could not identify how much gas leaked or exactly why it had happened.
The water leak occurred in thousands of tubes that carry heated water from the reactor core through the plant’s steam generators.
…
“Tubes are vibrating and rubbing against adjacent tubes and against support structures inside the steam generators,” the agency noted.
…
In addition to driving the turbines to create electricity, the steam generators are “one of the barriers between the radioactive material in the reactor core and ultimately the external environment,” Jaczko noted.

This so-called ‘external environment‘ is home to literally millions and millions and millions of US peoples, all living not-all-that-far away from the San Onofre power plant near San Clemente — just 57.5 miles south of the very heart of Los Angles, and according to Google maps and in current driving conditions, one could get from downtown LA to the Dick Nixon library in about an hour and 10 minutes.

Oddly, I couldn’t find mention of the report on either the LA Times online front page, or the SF Chronicle.
According to the CNN story, the announcement came Friday from Gregory Jaczko, chairman of the U.S. Nuclear Regulatory Commission: “We won’t make a decision (to approve the facility’s restart) unless we’re satisfied that public health and safety will be protected,” Jaczko told reporters. “They have to demonstrate to us that they understand the causes, and … that they have a plan to address them.”
Seemingly, that would cause some mention by California’s two biggest newspapers — and including this: Anti-nuclear activists gathered Friday, not far from where Jaczko, Sen. Dianne Feinstein, D-California, and Rep. Darrell Issa, R-California, toured the power plant, to question the need for nuclear energy and raise alarms about a potential environmental catastrophe.
WTF.

Going nuclear — going atomic — is one of mankind’s all-time great worse mistakes.
There’s a humongous shit list of intentional/unintentional errors humanity has brought upon themselves, the environment, many, many other living things, but cranking out nuclear energy without really thinking about the whole, big picture might be a real biggie.
And when something happens at these nuclear plants ought to flash red to everybody, especially when a major US facility is put offline indefinitely.
Along with this from the Orange County Register in a article last week previewing RNC Chairman Jaczko’s visit, a twist in the tale:

And with nearly 20,000 tubes per reactor, the plugging of worn tubes is routine during the life of steam generators; the many tubes ensures that plugging some will not affect the generatorâ€™s performance.
But San Onofreâ€™s steam generators â€” two for each reactor â€” are only two years old.
Such wear on the tubes so early in their life is considered â€œunusual,â€ an Edison spokeswoman said.

Operators shut down the plant Jan. 31 after a leak was discovered in those tubes, which resulted in a small release of radioactive gas: …and Edison says neither the public nor plant workers were placed at risk.
Pay no attention to that guy behind the curtain — or even the NRC, as spokesman Victor Dricks concluded two days after the San Onofre incident that radioactive gas “could have” escaped the San Onofre facility after it was shut down but added, “It would have been a very, very small, low level, which would not pose a danger to anyone.”

The Southern California Edison Webpage on San Onofre is ludicrous, creepy PR, and would make one laugh out-loud if the subject wasn’t so scary.

Meanwhile, and also announced on Friday, Japan’s government scrapped a rule requiring cattle farmers still living within 20 kilometers of the Fukushima nuclear power plant to slaughter their livestock, but they are still not allowed to sell, transport or breed the animals.
And from the SF Chronicle today: Kelp off California was contaminated with short-lived radioisotopes a month after Japan’s Fukushima Dai-ichi nuclear plant accident, a sign that the spilled radiation reached the state’s coastline, according to a new scientific study.
Fukushima just keeps on giving.

Nuclear is just nuts — and let’s not get started on the huge highly-radioactive piles of horror these plants produce — nuclear waste — a byproduct that is/will be around for a long, long time stored right near millions and millions of people, as the rant-filled discourse could take forever.

Some background on Salvador Dali’s ‘The Three Sphinxes of Bikini‘ pictured above.
The surrealist’s subject was the tragedy of the Bikini Atoll — from UNESCO:

In the wake of World War II, in a move closely related to the beginnings of the Cold War, the United States of America decided to resume nuclear testing.
They choose Bikini Atoll in the Marshall archipelago in the Pacific Ocean.
After the displacement of the local inhabitants, 23 nuclear tests were carried out from 1946 to 1958,. The cumulative force of the tests in all of the Marshall Islands was equivalent to 7,000 times that of the Hiroshima bomb.
…
The emergence of the atolls forming the Marshall archipelago is relatively recent.
The arrival and settlement of the Micronesian populations in the islands goes back to the 4th and 3rd millennia BCE.
Their lifestyle, which remained largely traditional over a long period, was based on fishing, and the gathering of fruit, coconut in particular.
The traditional Micronesian way of life was little affected by the visits in the 16th-18th centuries of the first European explorers such as Captain Marshall, after whom the islands were named.
The same was true of the first colonial episode, as a German protectorate at the end of the 19th century. Coconut plantations were developed.
After World War I the islands were made a Japanese mandate by the League of Nations.

The bombs changed it all.

The inhabitants of Bikini Atoll, who numbered just over one thousand, were evacuated in March 1946 to the neighbouring atoll of Rongelap.
…
The Bikini inhabitants were relocated several times from one atoll to another.
Those on Rongelap were authorized to return to their island in 1957, but the return proved a failure as the high degree of cesium-137 pollution made food grown on the islet hazardous.
…
From 1967 onwards the US authorities considered the possibility of the Bikini people returning to their atoll, and this led to work to clean up radioisotope contamination
This was carried out from 1970 onwards, backed up by an agricultural production programme.
Medical follow-up of inhabitants showed, however, high levels of human contamination as a result of consuming food produced on the atoll and water from its wells.
The atoll had therefore to be evacuated once again in 1978.

And check out a most-modern nuclear horror story at Aljazeera English on the town of Muslyumovo, not far from Russia’s southern border with Kazakhstan.
One nightmare place.