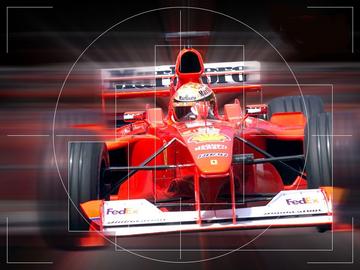 Back in the day, when I wore a much-younger man’s clothes, my way-most favorite sport was motor racing, especially the open-wheel variety, e.g., Indy-type cars, and of course, Formula One.

Road racing appeared to be the ultimate challenge to a driver, as opposed to the piece of shit, ‘rounder-rounders‘ such as NASCAR (a huge difference nowadays in that one as compared to just a couple of decades ago) and other forms of motor sport — and man, did F1 inspire gorgeous, sophisticated-looking women to gather in one place!

Skip ahead 30 years and the only thing remaining from the old days are the women.
The cars are now near-computers, and drivers now, instead of facing a challenge of driving, should be well versed in how the machines operate via programs.
And the cost has worse than skyrocketed — For example in 2009 the Black Book estimated Ferrariâ€™s budget as USD404million and McLaren at USD377 million, with the smallest budget being Toro Ross at USD112million. In contrast Formula Money, estimated Ferrari at USD371million and McLaren at USD484million, with the smallest budget being Force India with USD120million.
Not loose change, there.

And the sport has apparently become so enamored with itself that real life outside ‘The Circus’ doesn’t seem to exist.
Case in political point is this weekend’s Grand Prix in Bahrain, where there’s been violent clashes between government and citizens this past year — a simmering offshoot of 2011’s “Arab Spring” with nearby Saudi Arabian dispatching forces at one point to help put down the protests.
Today on the eve of the Grand Prix tomorrow, there’s been reports of bad clashes between protestors and government forces all over the island nation.
So bad the situation, Bahrain is Syria yesterday while its citizensÂ  continue the struggle to gain some freedoms from the asshole royals and the asshole government that run the country:

Yet police have greatly increased their use of tear gas in recent months: Of the 25 people killed by tear gas inhalation during the unrest, 18 of them died after the BICI report was released.
Many villages are now blanketed with the choking white clouds several nights a week, and officers routinely shoot the American-made blue canisters into private homes.
â€œ[Itâ€™s] because they want to create a problem between the protesters and the people who are not protesting,â€ said one activist in Abu Sayba, a village west of Manama.
â€œThey want to drive a wedge [between them].â€
One Bahraini woman lists her location on her Twitter page as the â€œkingdom of tear gas.â€

And, of course, the US Navy has a large military presence there, home of the its 5th Fleet.
Glenn Greenwald touched upon the subject earlier this month: Indeed, while the regime was wrapping up a campaign of torture and murder directed at democracy activists, the U.S. lawmakers pursued a decision to resume arms sales to Bahrain, pushing forward a $53 million dollar sale of weaponry and other equipment to the country.
And the US has not said anything about the violent crackdowns, as par the course when anything military is part of the program.

And thus the stir over the F1 race.
There had been calls from all over to cancel the race, but money plays heavy.
One Bahraini citizen died yesterday with activists claiming the government is using the F1 race as PR.
A spot from Aljazeera English:

We talked about why the men and women were in separate groups (“Hey I don’t really agree with that, but that’s our society” she said), and I asked her what it was she wanted.
Her answer was given with a broad smile: “Freedom, Equality, and dignity. Nothing more.”
Further protests from Bahrain’s restive Shia population are planned this weekend, including one near the Sakhir race track on Sunday.
Violence will almost certainly accompany them.
Bernie Ecclestone, F1’s ruling king, has insisted from the get-go that Bahrain is a safe country to race in.
If Salah could still speak, he would probably tell you it’s not such a safe country to live in.

And this asshole Ecclestone blubbered to reporters: â€œThere are other countries much higher up the priority list you guys should be writing about. Go to Syria and write about some of the things there because that is more important than here. What we really need is an earthquake or something like that now so you can write about that.â€

One great call-out came from noted long-time foreign correspondent Robert Fisk, writing in the UK’s Independent this morning, taking F1 to task for putting money before heart — the old days are so-far gone.
Some snips:

When the Foreign Office urges British motor racing fans to stay away from Bahrain, this ain’t no sporting event, folks, it’s a political one.
The Bahraini authorities prove it by welcoming sports reporters but refusing visas to other correspondents who want to tell the world what’s going on in this minority-run, Saudi-dominated kingdom.
But what do our lads tell us from the circuit, 25 miles from the Bahraini capital, Manama?
Jenson Button and Lewis Hamilton are only in it for sport.
Bahraini repression of its democratic majority?
Nothing to do with us, governor.
And Sebastian Vettel? “I think it’s a lot of hype.”
Hype?
HYPE?
The Arab Awakening came to Bahrain a year ago, a majority Shia people demanding a democratically elected government — with a minority Sunni monarch still at its head, for heaven’s sake, as generous an Arab Spring as you could find — and it’s met with police gunfire, torture and death.
And Master Vettel — is there anything left of the old clichÃ© “moral compass”? â€“ claims “it’s a lot of hype.”
What a disgraceful man.

And what a disgrace now The Circus.