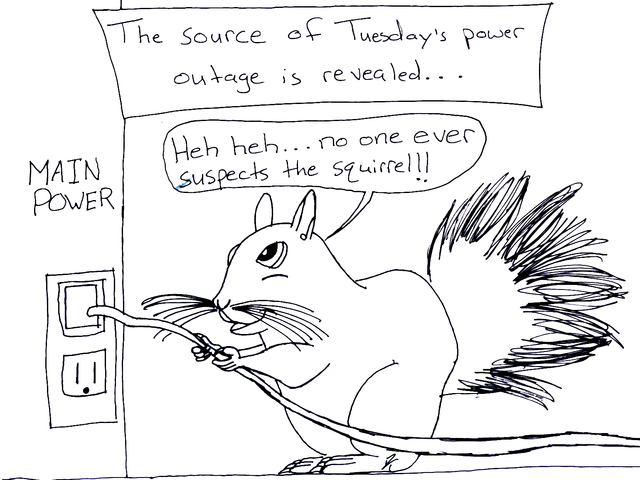 Early yesterday, we had a couple of power outages — pretty rare up here — and the last one occurred while working on this blog, and no post.
First time during the weekdays for more than 18 months straight — hey, not bad.

And man — when one is so used to light 24/7 dark is really, really dark.
Outside was pitch black of the purest kind and way creepy.

Although power came back on before I left for work, the little time spent in total darkness with just a flashlight bursting the gloom was not fun, and awkward to say the very least.
We are so used to flipping the switch on everything that when there’s no response, humanity nowadays can get really freaked.
And life is going to get more freaked as we move along.
The UK’s Guardian yesterday on a new environmental report from the Royal Society on the next few years:

“The number of people living on the planet has never been higher, their levels of consumption are unprecedented and vast changes are taking place in the environment.
We can choose to rebalance the use of resources to a more egalitarian pattern of consumption … or we can choose to do nothing and to drift into a downward spiral of economic and environmental ills leading to a more unequal and inhospitable future”, it says.
…
The authors acknowledge that it would take time and massive political commitment to shift consumption patterns in rich countries, but believe that providing contraception would cost comparatively little.
“To supply all the world’s unmet family planning needs would be $6-7bn a year.
It’s not much.
It’s an extremely good investment, extremely affordable.
To not provide family planning is an infringement of human rights”, said Sulston.

“The planet has sufficient resources to sustain 9 billion, but we can only ensure a sustainable future for all if we address grossly unequal levels of consumption.
Fairly redistributing the lion’s share of the earth’s resources consumed by the richest 10% would bring development so that infant mortality rates are reduced, many more people are educated and women are empowered to determine their family size â€“ all of which will bring down birth rates,” said an Oxfam spokeswoman.

The rub here, however, is the lack of fight.
President Obama seemed to appear in a Rolling Stone interview to putÂ  climate change into the vast dish of justÂ  another issue to be dealt with “…in a serious way.”
What!
Via a small snip at Daily Kos:

That there’s a way to do it that is entirely compatible with strong economic growth and job creation — that taking steps, for example, to retrofit buildings all across America with existing technologies will reduce our power usage by 15 or 20 percent.
That’s an achievable goal, and we should be getting started now.

The problem Mr. President is that we should have started yesterday — it’s bullshit if there’s any real seriousness involved here.

Right now there’s no other issue as serious as climate change and why worry about economics when they will be no nothing in a real short time — the shift in how climate slaps mankind in the face.
The reason?
Shit like this:

Humans might not be to blame for the latest piece of news that has caused new concerns about global warming.
A newly-discovered, naturally occuring methane leak over the Arctic Ocean could play a role in future climate change, according to a NASA scientist.
…
“We didn’t expect to see methane being emitted from the remote Arctic Ocean,” he wrote.
According to the researchers, the amount of methane coming from the Arctic Ocean is about as big as the pockets of the gas being released from an ice shelf in Siberia.
In 2010, the National Science Foundation said that the “release of even a fraction of the methane stored in the [Siberian] shelf could trigger abrupt climate warming.”

And then power outages coming way-abrupt, and staying out. 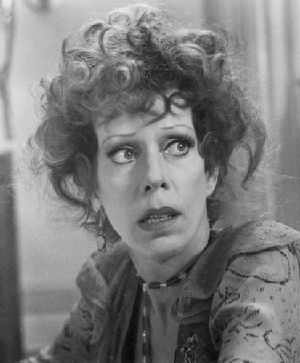 The most-wonderful Carol Burnett is 79 today.
In my humble opinion, the funniest person ever — a lot of people say Lucille Ball, but she didn’t carry the laughter Burnett can and didn’t have the humanity.
Burnett is hilarious just standing there without saying a word.

The closest nowadays is Kristen Wiig, who also can just stand there, do nothing and be so, so-funny.