Earlier in the dawn-like hours, original point of this post was to be a non-newsy update on medical marijuana based on an op/ed on the subject I only spied this morning, which was already more than a year old. In the past, I’d  watch and note advances made in not only the ever-growing legalization movement, but also all the nifty reports-success-stories on vital health-care uses coming from this ancient plant.
Alas, though, it’s been a decent-spell since any posts at the old ‘Compatible Creatures‘ on those outstanding characteristics of cannabis, few recent words to compliment weed in all its varied forms and employments. Especially news of all different illnesses treated by offshoots of marijuana, and the reports that detailed them. In a space of a few short years, amazing the results.

Anyway/anyhow, despite what I intended any medical/health-life particulars currently that’s not a weird virus, or a way-tragic Black Hawk Down incident, then it gets pushed back to the proverbial back-burner, or placed to a stand-in-line position on the chattering-spinning news cycle.

As I sit here, apparently the entire world is shitting collective pants over a seemingly-new ‘coronavirus‘ — a large family of viruses capable of infecting humans and animals — past types include the SARS (severe acute respiratory syndrome) scare in 2003, and the MERS (Middle East respiratory syndrome) fright in 2012.
Now today it’s the 2019-nCoV spreading from Wuhan, China.
Yesterday the count was reportedly 2,081 infected people, leading to 56 dead. (Display at left on Saturday’s numbers found here).

An updated report just minutes ago: ‘The US Centers for Disease Control and Prevention (CDC) announced today that its testing has confirmed three more Wuhan-linked novel coronavirus (2019-nCoV) cases, two in California and one in Arizona, raising the national total to five.’

We might be in for a hard-case outbreak — Dr. Allison McGeer, a Toronto-based infectious disease specialist: “The more we learn about it, the greater the possibility is that transmission will not be able to be controlled with public health measures…we’re living with a new human virus, and we’re going to find out if it will spread around the globe.”‘

Meanwhile, beyond a virus panic, a tragedy today in Southern California. Basketball wizard/All-Star Kobe Bryant, the NBA perennial MVP, was killed when the helicopter he was traveling in crashed — also his daughter Gianna, 13, along with seven others died. (Illustration found here).

The copter was a Sikorsky S-76,  a modified, updated civilian-only version of the US Army’s UH-60 Black Hawk, and reportedly went down in Calabasas about 9:45 a.m.

CBSLA Sports Director Jim Hill: ‘“This was his normal mode of transportation. Most of the time, he flew from Newport Beach…We all know that Kobe loved flying on helicopters.”’

Kobe and Gianna Bryant were reportedly en route to an AAU basketball game when the copter crashed. The Federal Aviation Administration and the National Transportation Safety Board will supposedly investigate, and the manufacturer, Sikorsky, also will cooperate fully. Some officials said the foggy weather might have contributed to the accident.
Bryant will way-likely be lauded today for his exploits on the court — he was a talented player — but things weren’t as they seem nearly 17 years ago, You can read reports/details of the event at The Daily Beast from 2016 if you wish.
A tragedy nonetheless…

Meanwhile, back to the pot field: 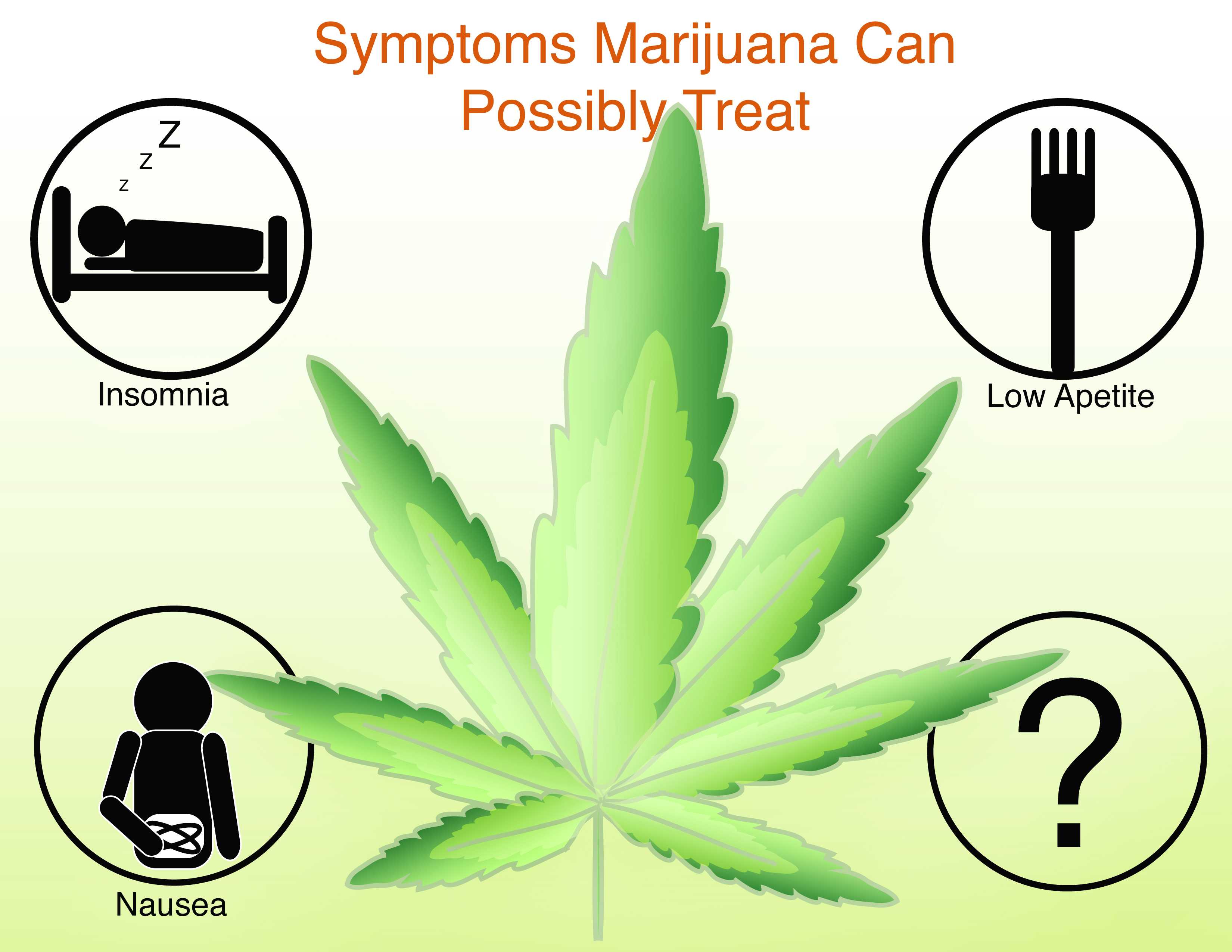 In the last decade cannabis has become a vital issue in medical care, and despite the history, it works. From Harvard Health Blog at the Harvard Medical School last June:

Marijuana is currently legal, on the state level, in 29 states, and in Washington, DC.
It is still illegal from the federal government’s perspective.
The Obama administration did not make prosecuting medical marijuana even a minor priority.
President Donald Trump promised not to interfere with people who use medical marijuana, though his administration is currently threatening to reverse this policy.
About 85-percent of Americans support legalizing medical marijuana, and it is estimated that at least several million Americans currently use it.
Least controversial is the extract from the hemp plant known as CBD (which stands for cannabidiol) because this component of marijuana has little, if any, intoxicating properties.
Marijuana itself has more than 100 active components.
THC (which stands for tetrahydrocannabinol) is the chemical that causes the “high” that goes along with marijuana consumption.
CBD-dominant strains have little or no THC, so patients report very little if any alteration in consciousness.

Patients do, however, report many benefits of CBD, from relieving insomnia, anxiety, spasticity, and pain to treating potentially life-threatening conditions such as epilepsy.
One particular form of childhood epilepsy called Dravet syndrome is almost impossible to control, but responds dramatically to a CBD-dominant strain of marijuana called Charlotte’s Web.
The videos of this are dramatic.
The most common use for medical marijuana in the United States is for pain control.
While marijuana isn’t strong enough for severe pain (for example, post-surgical pain or a broken bone), it is quite effective for the chronic pain that plagues millions of Americans, especially as they age.
Part of its allure is that it is clearly safer than opiates (it is impossible to overdose on and far less addictive) and it can take the place of NSAIDs such as Advil or Aleve, if people can’t take them due to problems with their kidneys or ulcers or GERD.
In particular, marijuana appears to ease the pain of multiple sclerosis, and nerve pain in general.
This is an area where few other options exist, and those that do, such as Neurontin, Lyrica, or opiates are highly sedating.
Patients claim that marijuana allows them to resume their previous activities without feeling completely out of it and disengaged.
Along these lines, marijuana is said to be a fantastic muscle relaxant, and people swear by its ability to lessen tremors in Parkinson’s disease.
I have also heard of its use quite successfully for fibromyalgia, endometriosis, interstitial cystitis, and most other conditions where the final common pathway is chronic pain.
Marijuana is also used to manage nausea and weight loss, and can be used to treat glaucoma.
A highly promising area of research is its use for PTSD in veterans who are returning from combat zones.
Many veterans and their therapists report drastic improvement and clamor for more studies, and for a loosening of governmental restrictions on its study.
Medical marijuana is also reported to help patients suffering from pain and wasting syndrome associated with HIV, as well as irritable bowel syndrome and Crohn’s disease.

And in the point of a more recent study of pot in aiding sleep problems, the findings were good, but inclusive — bottom-line:

Results: After adjustment for age, sex, pain level and use of sleep and anti-depressant medications, MC use was associated with less problems with waking up at night compared with non-MC use. No group differences were found for problems with falling asleep or waking up early without managing to fall back asleep. Frequent MC use was associated with more problems waking up at night and falling asleep.
Conclusions: MC use may have an overall positive effect on maintaining sleep throughout the night in chronic pain patients. At the same time, tolerance towards potential sleep-inducing properties of MC may occur with frequent use. More research based on randomised control trials and other longitudinal designs is warranted.

Similar to a lot of other shit, over-use can fuck you up.

In that op/ed found in the Guardian from more than a year ago, the main take-away, and what piqued my brain was the idiotic sense of people who lie and bullshit the truth about cannabis — Carl L Hart, chairman and Ziff professor of psychology and psychiatry at Columbia University, and Charles Ksir, professor emeritus of psychology and Neuroscience at the University of Wyoming, posed this:

In our extensive 2016 review of the literature we concluded that those individuals who are susceptible to developing psychosis (which usually does not appear until around the age of 20) are also susceptible to other forms of problem behavior, including poor school performance,lying,stealing and early and heavy use of various substances, including marijuana.
Many of these behaviors appear earlier in development,but the fact that one thing occurs before another also is not proof of causation. (One of the standard logical fallacies taught in logic classes: after this, therefore because of this.)
It is also worth noting that 10-fold increases in marijuana use in the UK from the 1970s to the 2000s were not associated with an increase in rates of psychosis over this same period, further evidence that changes in cannabis use in the general population are unlikely to contribute to changes in psychosis.
Evidence from research tells us that aggression and violence are highly unlikely outcomes of marijuana use.
Based on our own laboratory research, during which we have given thousands of doses of marijuana to people — carefully studying their brain, behavioral, cognitive and social responses — we have never seen a research participant become violent or aggressive while under the influence of the drug, as Berenson alleges.
The main effects of smoking marijuana are contentment, relaxation, sedation, euphoria and increased hunger.
Still, very high THC concentrations can cause mild paranoia, visual and/or auditory distortions, but even these effects are rare and usually seen only in very inexperienced users.
There is a broader point that needs to be made.
In the 1930s, numerous media reports exaggerated the connection between marijuana use by black people and violent crimes.
During congressional hearings concerning regulation of the drug, Harry J Anslinger, commissioner of the Federal Bureau of Narcotics, declared: “Marijuana is the most violence-causing drug in the history of mankind.”
He was compelling.
But unfortunately, these fabrications were used to justify racial discrimination and to facilitate passage of the Marijuana Tax Act in 1937, which essentially banned the drug.
As we see, the reefer madness rhetoric of the past has not just evaporated; it continued and has evolved, reinventing itself perhaps even more powerfully today.