A major environmental report largely ignored  — methane is an air bitch: from ScienceAlert yesterday on a new study published in Nature:

Methane is an ‘invisible climate menace’ — roughly 30 times more potent as a heat-trapper than carbon dioxide — and while some of this atmospheric gas is produced naturally, new research indicates humans are responsible for far more of it than we thought until now.
Before the industrial revolution, when humans began to extract and burn fossil fuels on the regular, natural methane emissions were an order of magnitude smaller than current estimates, the study suggests.
Today, this means our own methane emissions might be up to 40 percent higher than suspected.
“Our results imply that anthropogenic methane emissions now account for about 30-percent of the global methane source and for nearly half of [all] anthropogenic emissions…” the authors write.
Over the past three centuries, methane emissions have shot up by roughly 150 percent, but because this atmospheric gas is also produced naturally, it’s been difficult to tell exactly where the emissions are coming from.
To figure out the scope of our own impact from coal, oil and natural gas, it’s therefore necessary to know how much methane comes from wetlands and other natural sinks.
“As a scientific community we’ve been struggling to understand exactly how much methane we as humans are emitting into the atmosphere,” says Vasilii Petrenko, a geochemist from the University of Rochester.
“We know that the fossil fuel component is one of our biggest component emissions, but it has been challenging to pin that down because in today’s atmosphere, the natural and anthropogenic components of the fossil emissions look the same, isotopically.”
There is one rare radioactive isotope however, known as carbon-14, which is contained in biological methane and not in fossil fuel methane.
…
Until about 1870, the findings suggest very low levels of methane were emitted into the atmosphere and almost all of it was biological in nature.
Only after this date was there a sharp increase in methane, coinciding with an increase in fossil fuel use.
In practice this means that each year, the scientific community has been underestimating methane emissions from humans by as little as 25-percent and as high as 40-percent.
And while that might sound entirely grim, the authors see a silver lining on the edge of this dark cloud.
“I don’t want to get too hopeless on this because my data does have a positive implication: most of the methane emissions are anthropogenic, so we have more control,” says University of Rochester geochemist Benjamin Hmiel.
“If we can reduce our emissions, it’s going to have more of an impact.”

Yeah right, reducing emissions? Ya gotta be kiddin’ ya know. 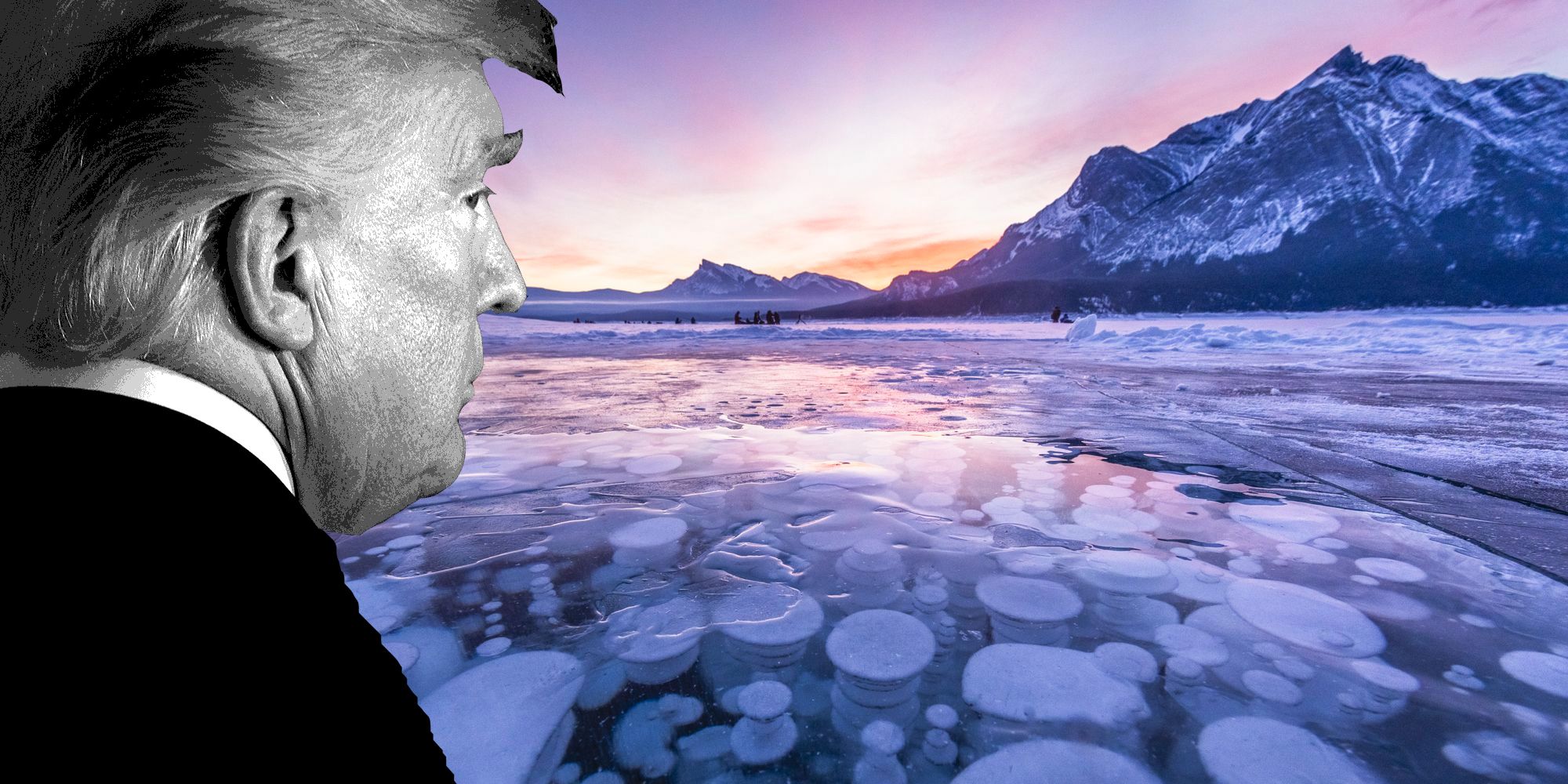 Foul deeds performed by the T-Rump looks to be either obvious and not-so-obvious in appearance. The current DOJ clusterfuck is obvious, the pardons, obvious. A lot of his real-bad shit is in plain sight. He doesn’t really give a shit, never has in his life, and since proclaiming this week, ‘“I’m actually, I guess, the chief law enforcement officer of the country,”‘ the obvious law-breaking will really start to generate, right up front.
And the less obvious — a must read in this scenario from last week at The Atlantic on how T-Rump’s boys altered data on federal tailpipe-pollution standards: ‘“We couldn’t even bring ourselves to try to engage,” Alson told me. “We knew they had cooked the books so bad that there wasn’t any reason to talk about it.”‘

An example to contrast the above methane-lathered environmental news, last summer the T-Rump again made it harder, or near-impossible, to scrub poisons out of the air, a not-so-obvious foul deed to further fuck everybody — Popular Mechanics Aug.29, 2019:

The Environmental Protection Agency (EPA) announced today that it will roll back Obama-era regulations on methane gas, a powerful greenhouse gas.
Under the current rules, oil and gas operations are required to install controls that keep methane gas from leaking out of their equipment.
The Trump administration argues that the EPA does not have the authority to regulate methane gas under the Clean Air Act.
But the move goes against the recommendation of some major players in the oil and natural gas industry, such as Shell, BP, and Exxon, which supported the 2016 regulations and have recently made public their commitment to curbing methane gas emissions.

Then a fairly-well detailed examination of methane, what is it, where it comes from, and so forth, boiled down to this:

Of all the greenhouse gases, methane is one of the most potent because of its ability to efficiently absorb heat in Earth’s atmosphere.
Studies have shown that, over a 20-year period, a kilogram of methane warms the planet as much as 80 times more than a kilogram of carbon dioxide.
Methane lasts for maybe a decade in Earth’s atmosphere before it begins to react with a free radical called hydroxyl and turns into carbon dioxide, where it can stay there for centuries.

And to make a shitty deal, even more shitty — earlier this month nine major conservation groups released a statement on the T-Rump and the environment (EcoWatch):

“Donald Trump’s administration has unleashed an unprecedented assault on our environment and the health of our communities.
His policies threaten our climate, air, water, public lands, wildlife, and oceans; no amount of his greenwashing can change the simple fact: Donald Trump has been the worst president for our environment in history.
Unfortunately, our children will pay the costs of this president’s recklessness.
Our organizations have repeatedly fought back against these attacks and we will continue to fight to ensure that our kids don’t bear the brunt of the Trump administration’s anti-environmental agenda.”

TRUMP: "Climate change is very important to me. I've done many environmental impact statements over my life and I believe very strongly in very, very crystal clear, clean water and clean air. That's a big part of climate change." pic.twitter.com/aUR441egxN

In January via Vox:

When Trump has tried to talk about climate in more detail, it’s typically a mess.
During a speech to a conservative youth group last month, for instance, he made a series of false and bizarre claims about wind energy, including, among others, that the manufacturing of turbines creates “fumes” that “are spewing into the air,” making it sound as though wind turbines are pushing California’s bald eagle population to the brink of extinction; and, in an especially galaxy-brained moment, riffing that “you know we have a world, right? So the world is tiny compared to the universe.”

Since being in office, as of Dec. 21 of 2019, the T-Rump’s people have attempted to roll back more than 90 environmental rules and regulations, and other than that…

We most-likely are once again boosted by Pinball’s fabled words: ‘I don’t know how to tell ya this, Cyrus, but we are three white guys short. Or as they say in Ebonics, “We be fucked.”‘