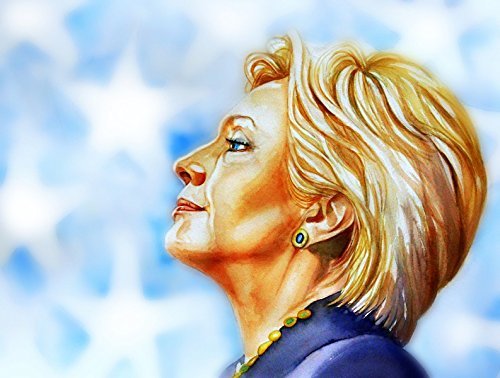 Enough of the news today, full of screaming shouts and ugly, nasty language — Marjorie Taylor Greene is one mean, cruel, whack job, and the whole Republican party is bad news for America — and seemingly everyday noise garbles any response to our problems.
Assholes, however, can get smacked as MAGA hatters from the US Capitol insurrection/riot last month has discovered — an ex-girlfriend turned-in one asshole, while another’s co-worker flipped him to federal authorities. Good riddance to shit.

Anyway, to a softer subject — surfing the InterWebs this afternoon I spied a story on Hillary Clinton, who’s been out the news cycle most of late, but this week there’s been a couple samples of Hillary in the here-and-now. Even an announcement of Hillary as a thriller-fiction writer — not a shock.

First up, Hillary was keynote speaker today – via video link – to the Global Soft Power summit, which expounds and rates countries on their ability to advance by attracting and co-opting, instead of coercing people, places and things.
Some highlights (via The Sydney Morning Herald):

Clinton said US President Joe Biden was trying to “separate” Trump’s followers from his predecessor in his bid to unite Americans, 74 million of whom voted for Trump. The ex-president has not ruled out running again in 2024.

“That is our principal political challenge right now,” she said.

“And why I think Biden is approaching it in exactly the right way is because he’s trying to separate Trump, the demagogue, from the Americans who may have bought into his slogans and his reality television performances.”

Clinton, a former US secretary of state, lost to Trump – who campaigned on a platform of America First – in 2016 and was famously criticised for labelling Trump’s supporters as “deplorables”.

She declined to say if she felt vindicated.

“Well, I don’t think about it that way,” she said. “I am profoundly saddened by what he has catalysed and the allies that he has in certain parts of the media, both traditional and online — the way he has in effect, created a cult against the fundamental values and norms of the United States.”
…
“Even I don’t pretend to have imagined that he would incite a riot and an attack on our Capitol in an effort to reverse an election he clearly lost,” Clinton reflected.

“It’s of no comfort to me that I and others warned about him because the damage that he’s done is so profound.

“Now we’re cleaning up after that … we’re digging ourselves out of that,” Clinton said.
…
Clinton said Biden was already repairing some damage Trump had caused to America’s standing abroad, by rejoining the World Health Organisation and Climate Paris Accord, at the same time as trying to speed up the domestic vaccination program.

“He’s trying to move on all fronts at once,” she said. “So I think that the next six months, with steady leadership, will stabilise our country.”

Except the US has backslid — the summit was hosted by the London-based firm Brand Finance, which yesterday released its second Global Soft Power Index, revealing the US dropped from first to fifth place.
Another T-Rump clusterfuck — per GoLocalProv News:

The U.S. is now 6th in the rankings that define soft power as “a nation’s ability to influence the preferences and behaviors of various actors in the international arena (states, corporations, communities, publics etc.) through attraction or persuasion rather than coercion.”

“A year of widespread turmoil has been starkly reflected in America’s steep downfall in the Global Soft Power Index 2021, making it the fastest falling nation globally,” said Brand Finance in their release.
“Between a turbulent election campaign and a haphazard COVID-19 response, the nation has lost its position as the world’s soft power superpower, falling to 6th position with an overall Index score of 55.9 out of 100.”

The United States finds itself at the very bottom of their COVID metric – ranking an abysmal 105th.

“The raging of the virus across the US combined with former President Trump’s rebuke of medical expertise and touting of reckless home-remedies is the most likely culprit for the waning of America’s long-held role model status internationally, at a time where sensible global leadership has arguably been most needed,” said David Haigh, CEO of Brand Finance.

Anyway, enough shit about how shitty the T-Rump, and back to Hillary — she’s also co-written a Tom Clancy-like novel of high-stakes international intrigue, supposedly titled, “State of Terror.” She wrote the book with author Louise Penny.
Details from the BBC on Tuesday:

“Now we’re joining our experiences to explore the complex world of high stakes diplomacy and treachery. All is not as it first appears.”

Canadian crime author Penny, known for the Chief Inspector Armand Gamache series, said it was “an incredible experience to get inside the State Department, inside the White House, inside the mind of the secretary of state as high stake crises explode.”

She added: “Before we started we talked about her time as secretary of state. What was her worst nightmare? State Of Terror is the answer.”

Mrs Clinton is not the first in her family to turn her hand to fiction. Her husband, former president Bill Clinton, teamed up with novelist James Patterson for The President Is Missing – a thriller about a president forced to go off-grid for his own safety.

State of Terror will be published jointly in the US by St Martin’s Press and Simon & Schuster and in the UK and rest of the world by Pan Macmillan.

It follows a series of memoirs from Clinton, most recently 2017’s What Happened, also published under Simon & Schuster, that attempted to explain why she failed to become president.

Apparently, Clinton pulls from her experience as reportedly ‘State of Terror‘ has as its main character a novice secretary of state, who must put together a task force after a series of terrorist attacks strike the US — anyone thinking about Téa Leoni as Hillary in the movie?
We’ll see: Image of Hillary Clinton at left is a pencil drawing made by my youngest daughter, Melissa, sometime in the spring, or early summer 2008 — she was a Clinton fan during that year’s presidential race.
The artwork hung on my refrigerator door for years and years…