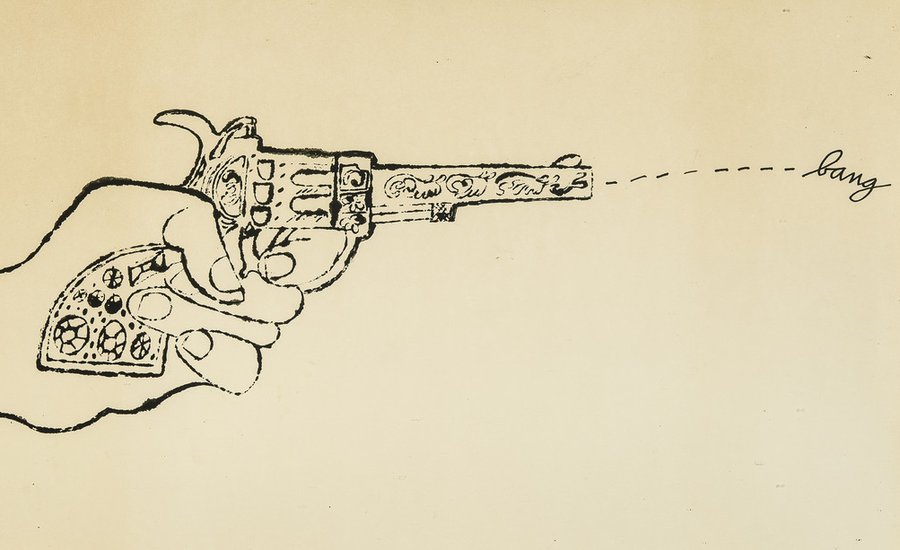 Despite two terrible mass shooting the last week — 18 killed in total — and a seemingly dearth of such events during this pandemic-influenced era, doesn’t mean people aren’t dying from gun shots, the exact opposite.
Americans are shooting each other at record levels, only out of sight of the general public.
Are we back in the Old West, or something?

Lockdowned and loaded — per The Washington Post last night:

In 2020, gun violence killed nearly 20,000 Americans, according to data from the Gun Violence Archive, more than any other year in at least two decades.
An additional 24,000 people died by suicide with a gun.

The vast majority of these tragedies happen far from the glare of the national spotlight, unfolding instead in homes or on city streets and — like the covid-19 crisis — disproportionately affecting communities of color.
…
“There are many communities across this country that are dealing with ever-present gun violence that is just part of their daily experience,” said Mark Barden, a co-founder of the gun violence prevention group Sandy Hook Promise.
“It doesn’t get the support, the spotlight, the national attention. People don’t understand that it’s continuous and it’s on the rise.”

Shooting deaths in 2020 outpaced the next-highest recent year, 2017, by more than 3,600.
The rise resembles other alarming trends: Last year, the United States saw the highest one-year increase in homicides since it began keeping records, with the country’s largest cities suffering a 30-percent spike.
Gunshot injuries also rose dramatically, to nearly 40,000, over 8,000 more than in 2017.

“More than 100 Americans are killed daily by gun violence,” Ronnie Dunn, a professor of urban studies at Cleveland State University, said, using a figure that includes suicides.
“The majority are in Black and Brown communities. We don’t really focus on gun violence until we have these mass shootings, but it’s an ongoing, chronic problem that affects a significant portion of our society.”
…
In 2020, people purchased about 23 million guns, a 64-percent increase over 2019 sales, according to a Washington Post analysis of federal data on gun background checks.
…
Nicole Hockley is another co-founder of Sandy Hook Promise, who, like Barden, lost her first-grade son in a mass shooting at their elementary school in Newtown, Conn.
She said she still recalls, with remorse, a time when she didn’t see the far-reaching impact of gun violence.
When a gunman killed 12 people at a movie theater in Aurora, Colo., Hockley was ironing clothes in her living room.

Five months later, her son was killed at school.

“If we think about how many people are dying every single day, and we think about how would that be in our family or our community, perhaps that would motivate us to take ongoing action rather than spikes of action when something happens,” Hockley said.

“Even if it’s not happening in your community, it’s happening in the community of America.”
…
That gun violence increased overall even as mass shootings declined underscores the fact that those high-profile events account for a relatively small share of firearm deaths.
It should draw more attention to the victims and survivors of gun violence across the country, Barden said.

“They will bear the trauma and the scars of that catastrophe for the rest of their lives,” he said.
“The collateral damage is unquantifiable, and it’s reaching almost everyone.”

A whack of horrific reality:

Boulder shooting survivor: “When I heard there were 10 victims, it was a punch in the gut” https://t.co/qlx7GATdpJ

Maybe this will help: