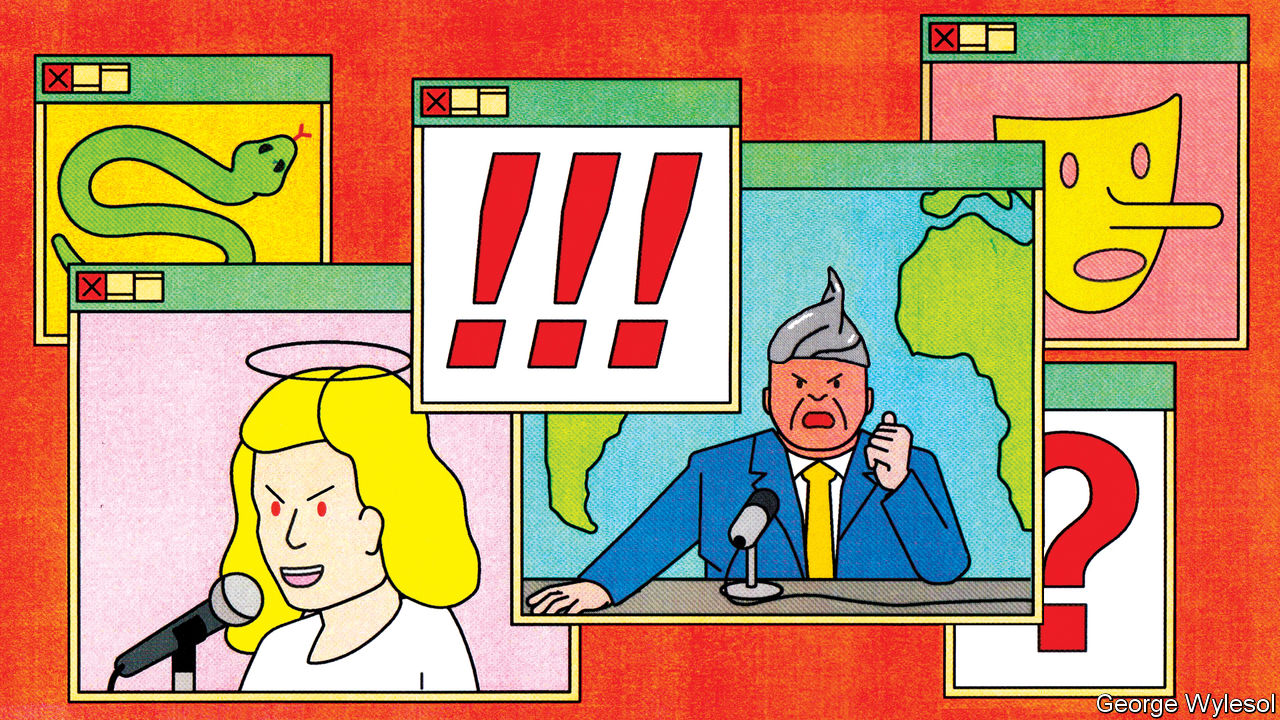 As much bullshit is scattered about nowadays, it wasn’t surprising to learn today, according to a new study, conservatives/right-wingers/Republicans have a hard time grasping the truth of a matter.
The research-study was published at ScienceAdvances — main ingredient: ‘Results confirm that conservatives have lower sensitivity than liberals, performing worse at distinguishing truths and falsehoods.‘

And bottom line from the study’s Abstract:

This is partially explained by the fact that the most widely shared falsehoods tend to promote conservative positions, while corresponding truths typically favor liberals.
The problem is exacerbated by liberals’ tendency to experience bigger improvements in sensitivity than conservatives as the proportion of partisan news increases.
These results underscore the importance of reducing the supply of right-leaning misinformation.

Conservatives are less able to distinguish political truths from falsehoods than liberals, mainly because of a glut of right-leaning misinformation, a new national study conducted over six months shows.

Researchers found that liberals and conservatives in the United States both tended to believe claims that promoted their political views, but that this more often led conservatives to accept falsehoods while rejecting truths.

One of the main drivers of the findings appeared to be the American media and information environment.

“Both liberals and conservatives tend to make errors that are influenced by what is good for their side,” said Kelly Garrett, co-author of the study and professor of communication at The Ohio State University.

“But the deck is stacked against conservatives because there is so much more misinformation that supports conservative positions. As a result, conservatives are more often led astray.”

Garrett conducted the study with Robert Bond, associate professor of communication at Ohio State.
The study involved 1,204 American adults who participated online between January and June 2019.
…
Overall, both liberals and conservatives were more likely to believe stories that favored their side – whether they were true or not.

The differences in beliefs were often stark, Garrett said.

For example, participants rated this true statement that received widespread social media engagement when it came out: “Investigators for the DHS Office of the Inspector General have identified poor conditions in several Texas migrant facilities, including extreme overcrowding and serious health risks.”

Results showed that 54-percent of Democrats correctly said that the statement was “definitely true” — compared to only 18-percent of Republicans.

Another statement — a false one — was “While serving as Sec. of State, Hillary Clinton colluded with Russia, selling 20% of the U.S. uranium supply to that country in exchange for donations to the Clinton Foundation.”

Here, only 2-percent of Democrats said this was “definitely true,” but 41-percent of Republicans did.

“These are important factual claims, yet we see vast partisan differences in belief,” Garrett said.
…
Conservatives also showed a stronger “truth bias,” meaning that they were more likely to say that all the claims they were asked about were true.

“That’s a problem because some of the claims were outlandish — there should have been no ambiguity about whether they were true or not,” he said.

Garrett said a strength of this study, compared to many previous ones, is that it analyzed a wide range of political claims, reflecting the diversity of the media environment that Americans are exposed to.
It clearly confirms the point made by many media commentators that conservatives are awash in false statements that support what they want to believe.

“We show that the media environment is shaping people’s ability to do this very basic, fundamental task. Democracy depends on people being able to tell the difference between what is true and false and it falters when people have difficulty agreeing on what’s real,” he said.

And to the head shop — according to a poll just last week from Reuters/Ipsos:

So you can see we’re in a shit-fight of an uphill climb to save this country.