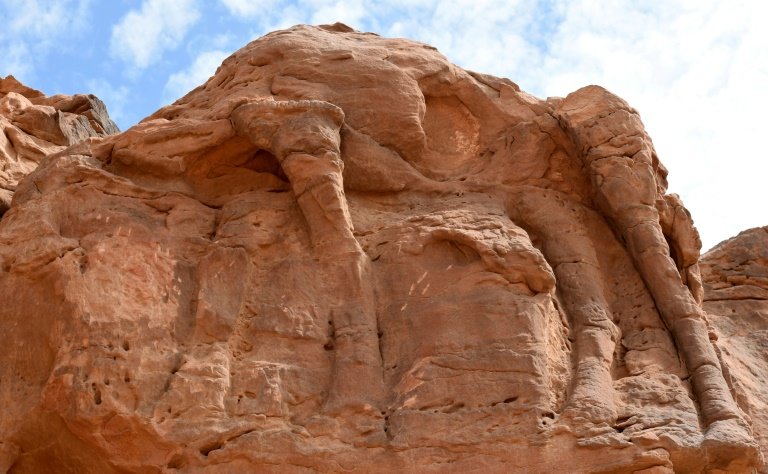 History is fascinating — today, right now, a Friday afternoon, is history in real-time. Yesterday is usually easily remembered (I’m about to turn 73), but how about shit from 20 years ago (though last week I did a first-person, two-decades back post, found the recollections still clear, but starting to become a bit woozy). Go further back, and 40-year memories are now all sketch art; little, tiny fragmented mental-snapshot/video pieces of dialogue and scenes from the early 1980s.
Sixty years, and way-less snapshots, none I can cull from 1961, specifically, except little-bitty episodes from a rebellious seventh grade — a remembered history now of my time at WC Pryor Junior High looks like barely-colored, old newsreel footage. And always snapshots of Donna Reed (cool mom, though, later devastated when I discovered she was once a whore).

Anyway, what brought on that take on personal history recollection (near a mental word salad) was a story I came across earlier today on a re-think of ancient history — some huge stone camels just discovered three years ago carved into mountains in Saudi Arabia, at first figured to be just about 2,000-years-old, now apparently are the oldest historical artifacts ever, maybe 8,000 years.
And how they were built kind of changes how ancient-ancient history should be viewed.
Livia Gershon yesterday at Smithsonian magazine:

When researchers in northern Saudi Arabia found a series of life-size camel sculptures in 2018, they estimated that the artworks dated back some 2,000 years. Now, a new study suggests that this proposed timeframe was off by as much as 6,000 years.

The findings, published in the Journal of Archaeological Science: Reports, suggest that the so-called Camel Site actually dates to between 7,000 and 8,000 years ago.
As Arab News reports, this timeline would likely make the sculptures the world’s oldest surviving large-scale, three-dimensional animal reliefs.
In contrast, Egypt’s Pyramids of Giza are 4,500 years old, while England’s Stonehenge was built about 5,000 years ago.
…
The original estimate of the artworks’ age was based partly on the existence of other camel reliefs made in Jordan around that time. But radiocarbon dating, analysis of weathering patterns and other dating methods suggested a much older origin.
Additionally, a stone mason found no signs of pottery or the use of metal tools at the site.
…
At the time of the statues’ creation, around the sixth millennium B.C.E., the Arabian Peninsula was filled with grassland and much wetter than it is now. The region’s inhabitants built thousands of stone monuments known as mustatils across tens of thousands of square miles.
Guagnin says it’s unclear whether the same group that created the Camel Site also made the mustatils. Other two-dimensional engravings have been found in the area, but nothing on par with the Camel Site.

“Part of the difficulty in dating the site is that there are no parallels to it, so it was difficult to imagine what it was linked to,” Guagnin tells Haaretz.
“… Quite a few Neolithic depictions of fauna are equally life-size, detailed and naturalistic but they are two-dimensional. This made us think that the Camel Site is part of this wider tradition but has a special place within that because it’s the only spot where we have it so concentrated and where we have high relief to the point that it looks like the animal is coming out of the rock.”

Read the whole piece, interesting how these ancient, non-technical peoples built such a thing. History was strange way-way-long ago.
Even in the modern understanding/misunderstanding of long-ago shit

In a historical related item, another bit of news (I also spied earlier) with long-ago peoples and something we take for granted — from Science earlier this month:

About 3000 years ago, thousands of warriors fought on the banks of the Tollense river in northern Germany. They wielded weapons of wood, stone, and bronze to deadly effect: Over the past decade, archaeologists have unearthed the skeletal remains of hundreds of people buried in marshy soil.
It’s one of the largest prehistoric conflicts ever discovered.

Now, genetic testing of the skeletons reveals the homelands of the warriors — and unearths a shocker about early European diets: These soldiers couldn’t digest fresh milk.
…
The study, published today in the journal Cell Biology, turned up a different surprise, too.
None of the warriors had the genetic mutation that allows adults to digest milk, an ability known as lactase persistence that’s common in many Europeans.

Other studies have shown lactase persistence was common in parts of Germany by 500 C.E., and widespread across the region by 1000 C.E. So the gene must have spread before that time, but after the battle just 2000 years earlier.
That means that within about 100 generations, the mutation had penetrated populations across Europe.
“That’s the strongest selection found in the human genome,” Burger says. (study co-author Joachim Burger, a geneticist at the Johannes Gutenberg University of Mainz)

The finding only deepens the mystery of lactase persistence. In a 2007 study, Burger showed that Europe’s first farmers, living more than 8000 years ago, weren’t lactase persistent either.
At the time, he argued that the mutation gradually spread along with the development of agriculture and herding, a theory supported by signs of milking and cheese-and yogurt-making in Stone Age Europe.
People able to digest milk, the argument went, would be able to get more calories from their herds than those without, and more of their children would survive to pass on the gene.
…
The results leave scientists more puzzled than ever about exactly when and why Europeans began to drink milk. “Natural genetic drift can’t explain it, and there’s no evidence that it was population turnover either,” says Christina Warinner, a geneticist at Harvard University and the Max Planck Institute for the Science of Human History who was not involved with the study.
“It’s almost embarrassing that this is the strongest example of selection we have and we can’t really explain it.”

Perhaps something about fresh milk helped people ward off disease in the increasingly crowded and pathogen-ridden European towns and villages of the Iron Age and Roman period, Burger speculates. But he admits he’s baffled too.
“We have to find a reason why you need this drink.”

Currently, there’s no real reason, other than the question: Got milk?

And today, a reminder of shitty nowadays history — the US finally officially accepts a shitty end to a shitty war:

My heart breaks for the families of these civilians, and for the 46,000 others who were killed throughout the 20-year war. Don't forget for a moment who benefited from these decades of pain and suffering: wealthy U.S. defense contractors, their executives, and their shareholders. https://t.co/Qvyqswt3KP

Once again, here we are, once again…