Beyond the shit of America itself, some news today of a horrible science-fiction rattle in modern warfare — an Israeli assassination last year was carried out by robot sniper, and even with high-tech hardware, there are some shitty, deadly consequences to remote death-dealing:

When Iran's top nuclear scientist was assassinated there were conflicting reports about what happened, most of them wrong. https://t.co/c8Ezd1rxL0

This time they were going to try something new.

Iranian agents working for the Mossad had parked a blue Nissan Zamyad pickup truck on the side of the road connecting Absard to the main highway. The spot was on a slight elevation with a view of approaching vehicles. Hidden beneath tarpaulins and decoy construction material in the truck bed was a 7.62-mm sniper machine gun.

Around 1 p.m., the hit team received a signal that Mr. Fakhrizadeh, his wife and a team of armed guards in escort cars were about to leave for Absard, where many of Iran’s elite have second homes and vacation villas.

The assassin, a skilled sniper, took up his position, calibrated the gun sights, cocked the weapon and lightly touched the trigger

He was nowhere near Absard, however.
He was peering into a computer screen at an undisclosed location more than 1,000 miles away. The entire hit squad had already left Iran.

The news reports from Iran that afternoon were confusing, contradictory and mostly wrong.
…
One of the most far-fetched accounts emerged a few days later.
Several Iranian news organizations reported that the assassin was a killer robot, and that the entire operation was conducted by remote control.
These reports directly contradicted the supposedly eyewitness accounts of a gun battle between teams of assassins and bodyguards and reports that some of the assassins had been arrested or killed.
…
Except this time there really was a killer robot.

The straight-out-of-science-fiction story of what really happened that afternoon and the events leading up to it, published here for the first time, is based on interviews with American, Israeli and Iranian officials, including two intelligence officials familiar with the details of the planning and execution of the operation, and statements Mr. Fakhrizadeh’s family made to the Iranian news media. 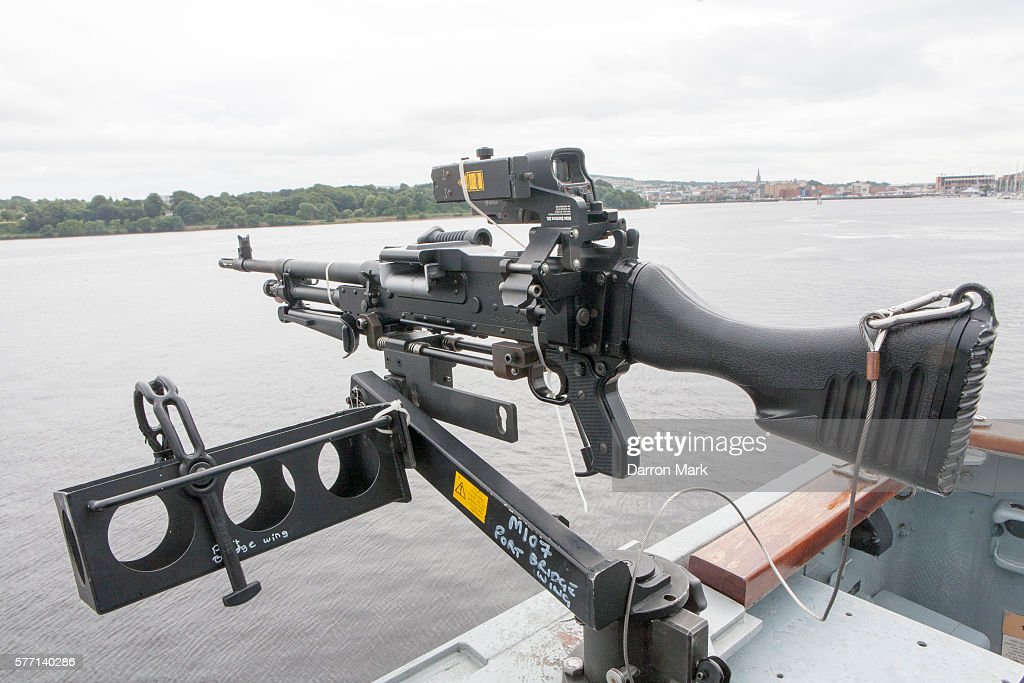 The operation’s success was the result of many factors: serious security failures by Iran’s Revolutionary Guards, extensive planning and surveillance by the Mossad, and an insouciance bordering on fatalism on the part of Mr. Fakhrizadeh.

But it was also the debut test of a high-tech, computerized sharpshooter kitted out with artificial intelligence and multiple-camera eyes, operated via satellite and capable of firing 600 rounds a minute.
The souped-up, remote-controlled machine gun now joins the combat drone in the arsenal of high-tech weapons for remote targeted killing. But unlike a drone, the robotic machine gun draws no attention in the sky, where a drone could be shot down, and can be situated anywhere, qualities likely to reshape the worlds of security and espionage.
…
Israel chose a special model of a Belgian-made FN MAG machine gun attached to an advanced robotic apparatus, according to an intelligence official familiar with the plot.
The official said the system was not unlike the off-the-rack Sentinel 20 manufactured by the Spanish defense contractor Escribano.

But the machine gun, the robot, its components and accessories together weigh about a ton. So the equipment was broken down into its smallest possible parts and smuggled into the country piece by piece, in various ways, routes and times, then secretly reassembled in Iran.
The robot was built to fit in the bed of a Zamyad pickup, a common model in Iran. Cameras pointing in multiple directions were mounted on the truck to give the command room a full picture not just of the target and his security detail, but of the surrounding environment.
Finally, the truck was packed with explosives so it could be blown to bits after the kill, destroying all evidence.

Shortly before 3:30 p.m., the motorcade arrived at the U-turn on Firuzkouh Road. Mr. Fakhrizadeh’s car came to a near halt, and he was positively identified by the operators, who could also see his wife sitting beside him.
The convoy turned right on Imam Khomeini Boulevard, and the lead car then zipped ahead to the house to inspect it before Mr. Fakhrizadeh arrived. Its departure left Mr. Fakhrizadeh’s car fully exposed.

The convoy slowed down for a speed bump just before the parked Zamyad. A stray dog began crossing the road.

The machine gun fired a burst of bullets, hitting the front of the car below the windshield. It is not clear if these shots hit Mr. Fakhrizadeh but the car swerved and came to a stop.
The shooter adjusted the sights and fired another burst, hitting the windshield at least three times and Mr. Fakhrizadeh at least once in the shoulder.
He stepped out of the car and crouched behind the open front door.
…
The blue Zamyad exploded.
That was the only part of the operation that did not go as planned.
The explosion was intended to rip the robot to shreds so the Iranians could not piece together what had happened.
Instead, most of the equipment was hurled into the air and then fell to the ground, damaged beyond repair but largely intact.

The Revolutionary Guards’ assessment — that the attack was carried out by a remote-controlled machine gun “equipped with an intelligent satellite system” using artificial intelligence — was correct.

The entire operation took less than a minute. Fifteen bullets were fired.
Iranian investigators noted that not one of them hit Ms. Ghasemi, seated inches away, accuracy that they attributed to the use of facial recognition software.

And with the unhinged T-Rump still US president, the attack had to take place before Joe Biden took office in January:

By the summer, it looked as if Mr. Trump, who saw eye to eye on Iran with Mr. Netanyahu, could lose the American election.
His likely successor, Joseph R. Biden Jr., had promised to reverse Mr. Trump’s policies and return to the 2015 nuclear agreement that Israel had vigorously opposed.
If Israel was going to kill a top Iranian official, an act that had the potential to start a war, it needed the assent and protection of the United States.
That meant acting before Mr. Biden could take office.
In Mr. Netanyahu’s best-case scenario, the assassination would derail any chance of resurrecting the nuclear agreement even if Mr. Biden won.

If you can (behind a paywall), go read the whole piece, it reads long and more like a short story than a news item — the lede is buried way down deep, and the more-pertinent parts even deeper.

Accuracy noted in the actual assassination is not good for the US as shit off that drone strike in Kabul last month was even worse than originally reported — no facial recognition or any such shit involved. CIA info delayed too long:

The CIA warned the military that civilians, including possibly children, were present seconds before a US missile killed 10 people in Kabul, sources say. https://t.co/1okOnIEWmd

Tragic background via CNN this afternoon:

Just after the US military launched a Hellfire missile to stop a white Toyota Corolla it believed to be an imminent threat to US troops leading the evacuation at the Kabul airport, the CIA issued an urgent warning: Civilians were likely in the area, including possibly children inside the vehicle, according to three sources familiar with the situation.

It was too late. The warning on August 29 came seconds before the missile hit the car, killing 10 civilians, including seven children.
…
“If they tasked the agency with looking at the target for indications of ‘go’ or ‘no go’ criteria, they should have had the ability to get that information and affect whether they launched a strike. If there was no way to know that they were about to launch, there’s something really wrong there,” said Mick Mulroy, a former CIA officer and Pentagon official and an ABC News analyst.
Mulroy cautioned he had no first-hand knowledge.
But while lawmakers on both sides of the aisle have pledged to get to the bottom of what mistakes were made in the lead up to this specific strike, current and former officials also point out that civilian casualties were a consistent reality of the US mission in Afghanistan.
“It is a pretty good encapsulation of the entire 20-year war,” one US official said, referring to the August 29 strike.

Yet again, here we are…