Been there, done that. 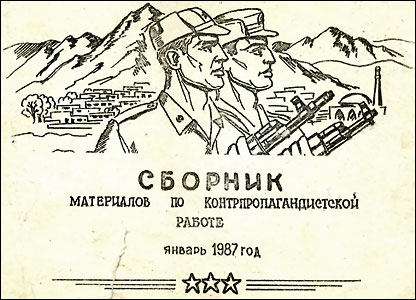 President Obama’s recent order to put 17,000 more US GIs in Afghanistan may be a move made too late, or in light of history, a shift toward disaster regardless of the number of boots on the ground.
Despite conflicting opinions from the Afghan people, Obama should also take stock in what happened to the flower of the Soviet military during it’s decade-long stay in country — going in is much easier than going out.
And it ain’t pretty.

According to documents released last month by the The National Security Archive, the Soviets knew half-way into their horrible incursion into Afghanistan that the mission was doomed.
A synopsis is found on the Archive’s site here.
A few zingers for nowadays:

Afghan history is not to be scorned.