The Republican Party — the sweet-smelling sour apple GOP — is probably the most mean-spirited, nasty-faced and schizophrenic organization on the planet — they couldn’t find their multi-collective ass with both hands.
Midterm elections earlier this month not only displayed a nut-house approach to politics, but the foul-mouthed GOP in its desire to crush the current US government has indeed created a much-greater divide among US peoples — the coasts vs the hinder lands.
A Washington Post analysis: Results from November’s midterm elections have exposed a deepening political divide between cities on the coasts and the less-dense areas in the middle of the country.
The Republicans don’t care, however, as they have bigger fish to fry.

Reporter Edward Luce with the UK’s The Financial Times on the Republican push back on US foreign policy, especially the upcoming START nuclear treaty with Russia: He added that Republicans, set about their agenda to make Obama a one-term president, may ultimately go about it unintelligently. “Pick two countries that would like to see a failure of ratification: it would be North Korea and Iran,” Luce continued. “I think if that argument doesn’t work with the Republicans, that sort of basic, elemental national security argument doesn’t work, nothing is. There is a greater hatred of Obama than there is a love of American national security.”
And the one-term prez remark?
Mitch McConnell, the sour-faced Senate Minority Leader, in explaining the GOP goals: “Over the past week, some have said it was indelicate of me to suggest that our top political priority over the next two years should be to deny President Obama a second term in office.”
Self first, then country — how much will change for the ‘party of no.’

Paul Krugman in his post in the New York Times this morning examines the GOP via Big Al Simpson, the former GOP senator and budget deficit reductions:

So hereâ€™s what the very serious Mr. Simpson said on Friday: â€œI canâ€™t wait for the blood bath in April. … When debt limit time comes, theyâ€™re going to look around and say, â€˜What in the hell do we do now? Weâ€™ve got guys who will not approve the debt limit extension unless we give â€™em a piece of meat, real meat,â€™ â€ meaning spending cuts. â€œAnd boy, the blood bath will be extraordinary,â€ he continued.
Think of Mr. Simpsonâ€™s blood lust as one more piece of evidence that our nation is in much worse shape, much closer to a political breakdown, than most people realize.
…
And on matters fiscal, the G.O.P. program is to do almost exactly the opposite of what Mr. Bernanke called for.
On one side, Republicans oppose just about everything that might reduce structural deficits: they demand that the Bush tax cuts be made permanent while demagoguing efforts to limit the rise in Medicare costs, which are essential to any attempts to get the budget under control.
On the other, the G.O.P. opposes anything that might help sustain demand in a depressed economy — even aid to small businesses, which the party claims to love.
Right now, in particular, Republicans are blocking an extension of unemployment benefits — an action that will both cause immense hardship and drain purchasing power from an already sputtering economy.
But thereâ€™s no point appealing to the better angels of their nature; America just doesnâ€™t work that way anymore.
…
My sense is that most Americans still donâ€™t understand this reality.
They still imagine that when push comes to shove, our politicians will come together to do whatâ€™s necessary. But that was another country.

Once again — Cry, the beloved country. 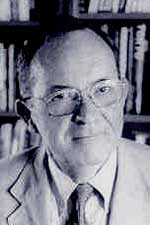 Chalmers Johnson, the best and brightest of the eyes on US reality in foreign policy, died Saturday at age 79.
Johnson was a voice of reason — fromTPM: In four powerful books, all written not in the corridors of power in New York or Washington — but in his small home office at Cardiff-by-the-Sea in California, Johnson became one of the most successful chroniclers and critics of America’s foreign policy designs around the world.

What blowback to come?