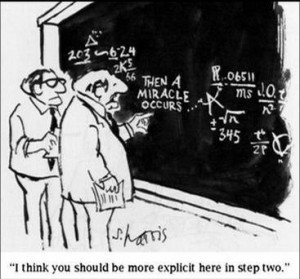 As the GOP pulls his head out of the ass of dumb, they seem ready to crush that horror of President Obama’s health care reform — as Republicans dub it, â€œRepealing the Job-Killing Health Care Law Act” — and have it at the top of its so-called agenda.
The Tucson shooting and its heated talk moved the glorious event back a week.

Brainless Rep. Steve King of Iowa: â€œIt is not a rational approach and it is not deductive reasoning. Itâ€™s emotionalism that is built without basis of logic and the business of this country should not be brought to a halt by one deranged individual.â€

King hasn’t a dab of sense and blubbering shit that is directly opposite to reality and logic.
The Congressional Budget Office, an actual government agency that provides economic data to Congress, has reported in an analysis that said the repeal would add $230 billion to the deficit over 10 years, and would raise the deficit by more than $1 trillion in the second decade.
And the nonpartisan CBO is a part of Congress and legitimate — House Speaker John Boehner quipped the CBO is “entitled to their own opinion” and The Boner slapped away nearly 40 years of the group’s work.

In his column this morning in the New York Times, Paul Krugman offered up the GOP’s crazy, ‘war on logic’ in attempting to kill (or as in The Boner’s new phrase, “destroy”) the health-care law.
Reality bites Republicans on the ass (brain):

We are, I believe, witnessing something new in American politics.
Last year, looking at claims that we can cut taxes, avoid cuts to any popular program and still balance the budget, I observed that Republicans seemed to have lost interest in the war on terror and shifted focus to the war on arithmetic.
But now the G.O.P. has moved on to an even bigger project: the war on logic.
So, about that nonsense: this week the House is expected to pass H.R. 2, the Repealing the Job-Killing Health Care Law Act â€” its actual name.
But Republicans have a small problem: they claim to care about budget deficits, yet the Congressional Budget Office says that repealing last yearâ€™s health reform would increase the deficit.
So what, other than dismissing the nonpartisan budget officeâ€™s verdict as â€œtheir opinionâ€ â€” as Mr. Boehner has â€” can the G.O.P. do?
…
The key to understanding the G.O.P. analysis of health reform is that the partyâ€™s leaders are not, in fact, opposed to reform because they believe it will increase the deficit.
Nor are they opposed because they seriously believe that it will be â€œjob-killingâ€ (which it wonâ€™t be).
Theyâ€™re against reform because it would cover the uninsured â€” and thatâ€™s something they just donâ€™t want to do.
And itâ€™s not about the money.
As I tried to explain in my last column, the modern G.O.P. has been taken over by an ideology in which the suffering of the unfortunate isnâ€™t a proper concern of government, and alleviating that suffering at taxpayer expense is immoral, never mind how little it costs.

And that’s a modern bit of horror-logic.