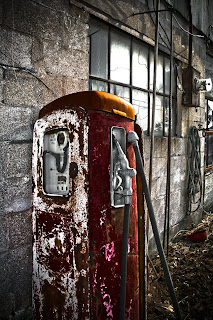 Oil prices on Friday briefly spiked to the highest level in three weeks following a report that Iranian oil exports dropped significantly this month.
…
Benchmark U.S. crude rose by $1.52 to finish at $106.87 per barrel in New York.
Earlier, prices jumped by $2.95 per barrel in 13 minutes to $108.25, the highest price for benchmark crude since March 2.
Brent crude, which is used to price oil imported by U.S. refineries, rose by $1.99 to end at $125.13 in London.
“The market’s a powder keg with a very short fuse,” independent oil analyst and trader Stephen Schork said.

However, the real culprit are those sanctions against Iran, “a real Catch-22 for the global community,” and no amount of drilling and opening pipelines will alter the consequence, unless one is a delusional Republican.
Iranian oil exports have reportedly dropped to 1.9 million barrels a day in March, way down from the 2.6 million a day just last November — the sanctions are to make Iran take stock of its nuclear program, but there’s doubts that will happen, but the reality of those actions is adding a $20 or $30 premium to oil prices.

Although the Iranians have claimed their nuclear program is and always-has been for peaceful purposes — Israel with the US say bullshit — those sanctions are not only making fuel prices climb, but apparently are also pissing off the Iranian leadership.
From Reuters:

“The sanctions are having an effect — it’s just not the effect they were supposed to have,” says Dina Esfandiary, a research analyst and specialist on Iran at London’s International Institute for Strategic Studies.
“Sanctions are not exerting the desired influence on the regime.
If anything, they may be making them more committed.”

And maybe even richer; this can’t be good, and the whole thing appears to go beyond one of those frightful wait-and-see situations, despite the US pump prices.

This morning, Juan Cole posted a translated article from Javan, an organ of the Iranian Revolutionary Guards and thus might explain further the warmongering bombast from the West might be counter-productive.
Cole warns, though: The article should be taken with a grain of salt, but it makes some good points.
Or at least some semblance of a possibility.
One such:

Nuclear Iran writes that an informed source said: â€œIn Stockholm, teams from the CIA (America), Mossad (Israel), MI6 (England), BND (Germany) and DGSE (France) are now discussing one of the main areas of focus in these reports, which is that instead of reducing Iranâ€™s revenue, in the last three months the oil sanctions have increased Iranâ€™s revenues by more than $3 billion.â€

One wonders at the whole f*cked-up scenario.

And the backlash: Those prices at the gas pump.
Yesterday, after a visit to the laundromat, I put another $20 worth of gas in my old, now-refurbished, sounding-much-much-better Jeep Comanche at the local Union 76 station (which was robbed at gunpoint early Thursday morning — crook was just wearing a sweatshirt, no hoodie).
Despite it all, the price at $4.49-a-gallon was the same as the last time.
Up here in the north, we’re always higher than anybody else — and gas costs more, too.
Statewide, the California average last week was $4.375 a gallon, a downward-dump of 0.1 of a cent, but yet still nearly 41 cents above the calender record, set just last year — now there’s six states with pump prices at $4-bucks-a-gallon, or more: Illinois, New York and Connecticut last week joined California, Alaska and Hawaii (really not a fun honor).

What’s weird: U.S. refineries continue to export record amounts of fuel, primarily diesel, according to Energy Department statistics. Refiners are exporting at a rate of 3.156 million barrels a day, up 36% from a year ago and double the amount exported five years ago.

All this before the arrival ofÂ summer gasoline — accordingly, pump prices most-likely won’t peak until near May, when the more expensive hot-weather fuel hits the market.
And on top of that, US drivers have been using less fuel — in the last year, gasoline consumption dropped by 4.2â€‰billion gallons, or 3 about percent.
And even more weird is no one seems to know what the shit is happening — conspiracy theories with rising pump prices debunked yesterday in the San Francisco Chronicle, based on the story, apparently all bullshit, one “…might as well be looking at burnt embers” so summed up at the end; last Wednesday, CNN ran an opinion piece that the spike in gas prices could be blamed on speculators in commodity markets, however, two days later, CNN ran another opinion piece claiming with an expert-like vocabulary, speculators were not to blame; and politics just adds fuel to a huge bullshit fire that more oil on hand will decrease gas prices, bluster and anti-bluster the rule of thumbs: Obama mocked Gingrich’s promise, saying, “They start acting like they’ve got a magic wand and will give you cheap gas forever if you elect us.”

A frightful oddity is even with all this chaos at the gas pump, the concern for what that actual most-desired product does is kind of astounding and seems to create a vicious circle.
Just foolishness, so says Sheriff Taggart: “Somebody’s gotta go back and get a shit-load of dimes!”