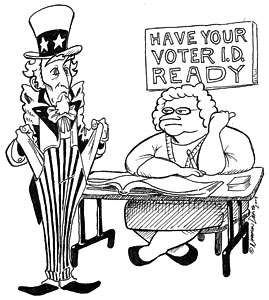 Just as 2012 gears up for the election high season, the fabled democracy touted by the US the last 200 years appears to have cracks in the voting booth — if Republicans can’t win on brains or sense, they’re trying to f*uck the country through guile.
Voter ID laws — another brick in the lying wall.

In the last two years, nine states have passed strict voter ID laws, including a photo ID requirement, while two dozen others have introduced similar legislation, along with some states passing legislation quickening voting periods, making it tougher to register.
All to do about nothing: Indeed, between 2000 and 2007, there were 32,299 UFO sightings in the United States, 352 deaths caused by lightning, but only nine cases of voter impersonation, according to a great new infographic by Craiglist founder Craig Newmark.

One strong characteristic of this political cycle is the lying done by GOP candidates — even outright like nit-twit Rick Santorum did this week, claiming “seven or eight of the California system of universities don’t even teach an American history course. It’s not even available to be taught,” which is as false as Mitt Romney’s integrity.
Watch Stephen Colbert rip Santorum a new butt crack.
The GOP is apparently going for the stupid vote.

However, US peoples in the line of fire of this bullshit know way different.

I cannot remember — even sitting in an Orangeburg County jail — when I had as much anxiety as Iâ€™m experiencing today.
Back then, even when we were at the back of the bus and we were not able to sit down at lunch counters, we really felt strong that whatâ€™s happening to me here in Orangeburg, SC or Columbia, SC, ah, if I can get my plight before the United States Supreme Court, the promise of this country will be delivered for me.
Thatâ€™s what we felt, and I can remember our discussions in meetings — yeah, weâ€™re going to jail now.
We are going to be convicted.
But we know that that conviction is going to be overturned by the United States Supreme Court.
I donâ€™t feel that today.

Asshole Brian Darling, senior fellow for government studies at the hard-right Heritage Foundation, disagrees, of course, with Clyburn’s words, calling them “absurd” while blubbering: “They have no evidence to prove this wild assertion that Republicans are suppressing minority voters.”
Another pure lie — all the states where voter ID laws were enacted or pending are ruled by Republican/Tea Party shitheads.

What the GOP is really after: 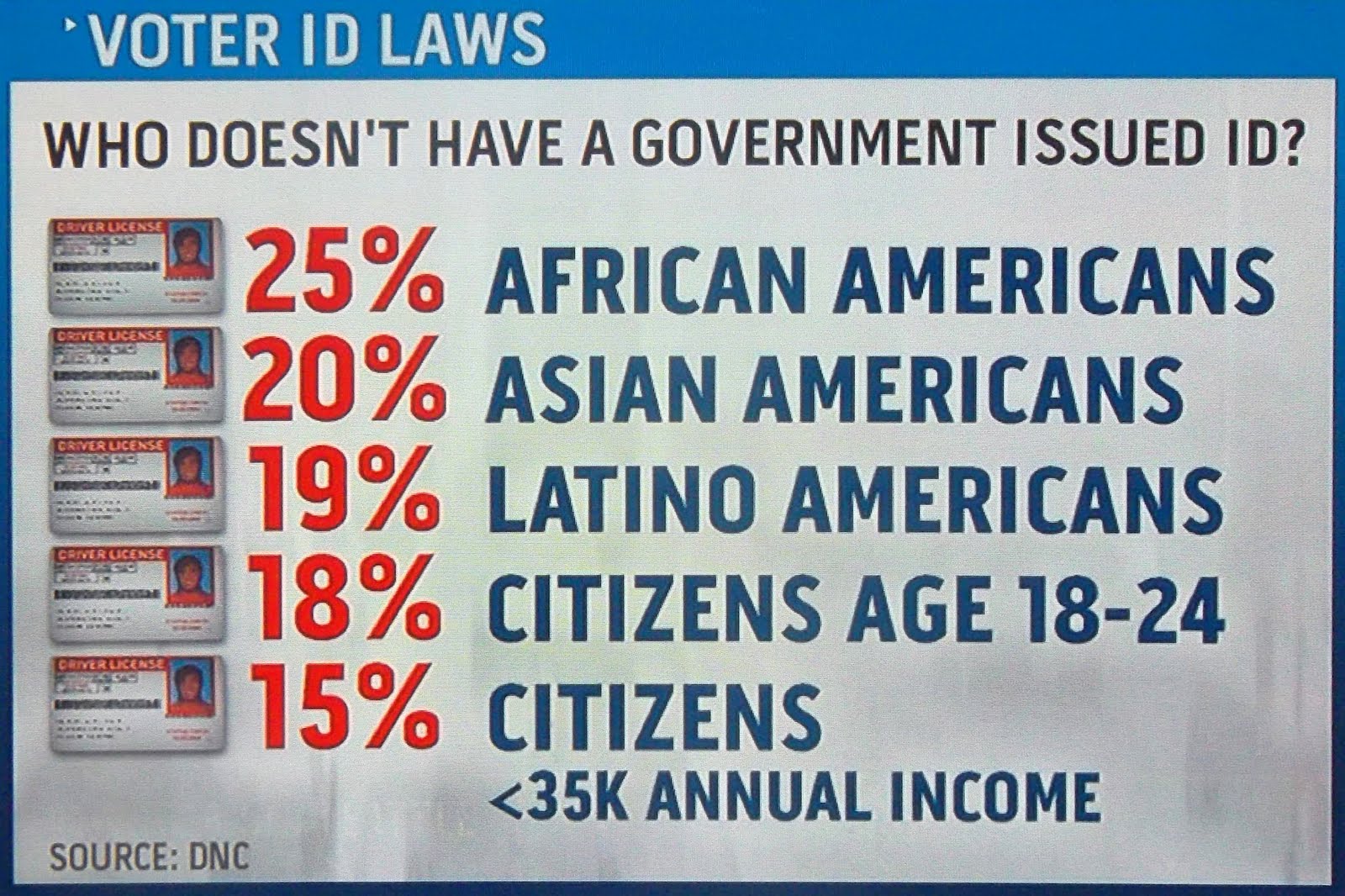 And the vast majority of those listed above usually vote Democratic — and since Republicans have no real governing skills their only recourse is to suppress activity at the voting booth.
The US is in a dark period — the empire is on the downward slope and it’s only a matter of time before the real crux of the problem comes apparent to the unwashed masses, but most-likely it will be too late.

The fraud is in the lie.