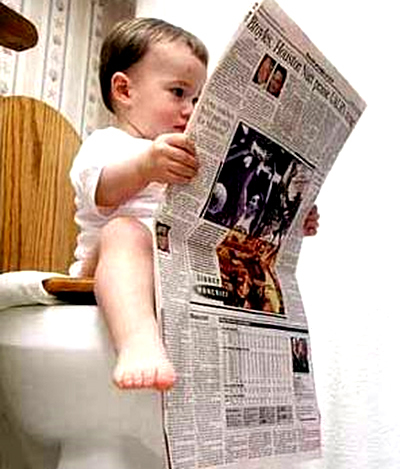 Raining hard this morning in the pre-dawn hours on California’s northern coast, upchucking a similar blistering shower of news gasping for air already.

In the old but about time category, George Zimmerman has been nailed with a second-degree murder charge and is right now in jail awaiting to see if there’s going to be bail — his brand-new attorney, Mark O’Mara, says it might beyond just finances: “I think nobody would deny the fact if George Zimmerman is walking down the street today, he would be at risk,” he said.
Six weeks ago, who was at risk then?

And Sanford, Fla., where the incident took place, has become a suck magnet for dangerous assholes on both sides of the racial divide — neo-Nazis and the New Black Panther Party nearly hand-in-hand keeping the streets safe.
WTF!

Meanwhile, across the vast oceans, there a seemingly noticeable quiet in Syria this morning as a ceasefire appears, though, Bashar al-Assad is keeping his tanks in place and the guns trained on anybody: “Interestingly, we have been only hearing the sounds of birds,” said Abu Salah, a Homs resident.
The UN estimates at least 9,000 people have been killed since the protests began a year ago, however, locals say the total is beyond 11,000.
Syrian boys and girls, don’t turn your backs on the bastard.

And in US politics, the real campaign has cranked up with no-brainer, all nit-twit Rick Santorum finally leaving the party, leaving Mitt Romney all alone to chatter his way to November.
President Obama is in the easy — from at least last November he knew the winning way.

â€œI donâ€™t think it requires us to go negative in the sense of us running a bunch of ads that are false or character assassinations,â€ he said. â€œWe may just run clips of the Republican debates verbatim. We wonâ€™t even comment on them; weâ€™ll just run those in a loop.â€

Plus a shitload of other stuff, but I gotta go to work.
And remember, advice on the best way to endure comes from the late, great George Carlin:

“I figured out years ago that the human species is totally fucked and has been for a long time,” he claimed on his website soon after his 70th birthday.
“I also know that the sick media-consumer culture in America continues to make this so-called problem worse.
But the trick, folks, is not to give a fuck.
Like me.
I really don’t care.”

One cares, but only for the reality of the real.