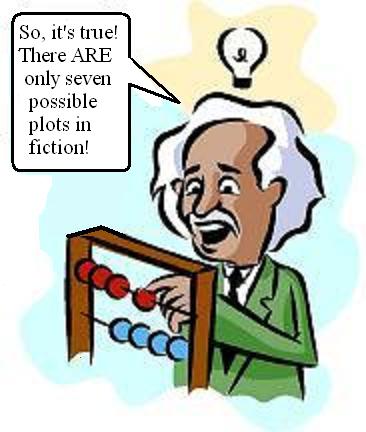 We all live by certain rules, sometimes, and to be able to live outside those guidelines is fantasy.
Michelle Obama has a thought, via CNN:

“It is hard to sneak around and do what you want,” Obama continued.
“I have done it a couple of times.
But you know one fantasy I have, and the Secret Service they keep looking at me because they think I might actually do it, is to walk right out the front door and just keep walking.”

Mrs. Obama was waxing on fantasy, but not wishful thinking: “One of the things I have learned being a grown up is that you always look forward,” Obama said. “You look to where you want to go as opposed to looking back.”
What about that old chestnut: If you don’t remember the past, you’re bound to repeat it?
But we catch her drift.

And this present, past and fantasy/fact scenario got a touch personal in this piece from the UK’s Guardian last week — we don’t look at the future as us:

I’m struck by how my sense of my “present self” extends, quite specifically, for about eight years.
Me at 43 is just me at 36 with an even dickier knee; but 50-year-old me is some other chap entirely.
(In my mind’s eye, weirdly, he’s actually less bald.)
Then again, I think of next-week-me as different from present-me, too.
Many self-help tricks — such as stating your future goals in the present tense — are based on manipulating the relationship between these selves.
But would we need tricks if we could truly come to feel that all these “me”s were one?
In his book Staring At The Sun, the psychotherapist Irving Yalom suggests that this is exactly what we need to do to reconcile ourselves to the big one: death.
One of his clients told him that the revelation “came from realising it would be me who will die, not some other entity, like Old-Lady-Me.”
Once we grasp that everything that’ll ever happen to us, including death, will happen to the same person, Yalom argues, we’ll make wiser choices, but also live far more intensely.

And speaking of the future, the most-delectable Onion has a rollout of problems to be encountered by potential presidential candidates for 2040 because of all the bad shit now recorded via social media — see it here. (h/t The Dish).
Nothing is fantasy and everything is fiction.

Except reality.
From the NY Times yesterday:

New research suggests that global warming is causing the cycle of evaporation and rainfall over the oceans to intensify more than scientists had expected, an ominous finding that may indicate a higher potential for extreme weather in coming decades.
…
If the estimate holds up, it implies that the water cycle could quicken by as much as 20 percent later in this century as the planet warms, potentially leading to more droughts and floods.
â€œThis provides another piece of independent evidence that we need to start taking the problem of global warming seriously,â€ said Paul J. Durack, a researcher at the Lawrence Livermore National Laboratory in California and the lead author of a paper being published Friday in the journal Science.
…
Assuming that the paper withstands scrutiny, it suggests that a global warming of about 1 degree Fahrenheit over the past half century has been enough to intensify the water cycle by about 4 percent. That led Dr. Durack to project a possible intensification of about 20 percent as the planet warms by several degrees in the coming century.
That would be approximately twice the amplification shown by the computer programs used to project the climate, according to Dr. Durackâ€™s calculations.
Those programs are often criticized by climate-change skeptics who contend that they overestimate future changes, but Dr. Durackâ€™s paper is the latest of several indications that the estimates may actually be conservative.
The new paper confirms a long-expected pattern for the ocean that also seems to apply over land: areas with a lot of rainfall in todayâ€™s climate are expected to become wetter, whereas dry areas are expected to become drier.
In the climate of the future, scientists fear, a large acceleration of the water cycle could feed greater weather extremes.
Perhaps the greatest risk from global warming, they say, is that important agricultural areas could dry out, hurting the food supply, as other regions get more torrential rains and floods.

Another jab at fantasy, huh?