The future has been downloaded into just about right now. 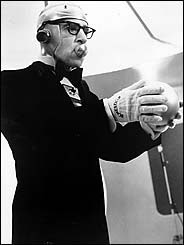 “If a man has good corn or wood, or boards, or pigs, to sell, or can make better chairs or knives, crucibles or church organs, than anybody else, you will find a broad hard-beaten road to his house, though it be in the woods.“
— Ralph Waldo Emerson

Technology is in reality a double-edged sword with a fatal flaw — there’s no favorable side.

Hence,Â technology is the greatest, most-perfect Trojan Horse ever produced, and mankind, thinking of such wondrous wonders and always dreamingÂ  of building thatÂ  perpetual better mousetrap, pulled the wooden horse within the walls of ourselves and proceeded to party like there’s no tomorrow.

Despite the science, all the innovative thoughts and blissfully-ignorant knowledge, technology is about the machines — the end product.
Mankind has flourished with the advent of machines — big, huge crude ones in the beginning and now down to the iPod (such a description: an iPod in its very sound testifies to its small size) and the rock-bed foundation for technology is the concept of how these machines so facilitate human “progress,” combining a physical-technical with a metaphysical-knowledge (the-ology), creating through so-many devices a peculiar and false vision of security and well being.

Fifty years ago, when I was in elementary school and “Leave It to Beaver” was a TV favorite — June/momÂ Barbara Billingsley died just this past week — summer vacation stretched out before my friends and I as an endless period of time with September just a word.
Although only 90 days (or less) time then appeared much-much slower, running in what now would be considered slo-mo — and now three months (or less) ain’t shit for any kind of time.

Which in itself (time) is one weird-assed sonofabitch.

Going beyond the hypnosis of Â time and aging — So, first memories are dense. The routines of later life are sketchy. The past wasn’t really slower than the present. It just feels that way. — including all of Einstein’s bullshit, thank-you — the sense of what/when/where of time nowadays is completely whacked.
Our current standard for telling time is a a kind of recent experience — until the Prime Meridian Conference in October 1884 there were 144 different time zones in the US, mostly on what was called “railroad time,” but also just about every town had its own time:

One only has to imagine New Year’s Eve in let’s say 1850 to get the idea.
While revelers in Time’s Square in Manhattan joyously cried Happy New Year!, across the Hudson River in Newark, it was still 11:59, and party goers in Boston had already been celebrating the new year for 12 minutes before the bell chimed for those waiting to greet the new year in New York City.

In our modern era, an increase in technology has created this odd, but all encompassing “time compression” — time and place are the same in an ever-moving, ever-increasing flash-forward of near precocious behavior.
And because of a size-variety of different machines, time is measured now in smaller and smaller increments.

History was on a crawl, however, until the technical mated with the philosophical and bred a concept — technology — in the late 1400s as mankind turned inward to create outwardly new machines that in appearance assisted mankind in its endeavors.
Even the very word ‘technology‘ did not exist — prior to the 1400s it was scholarly works on the mechanical arts — and it really hyped itself during the Industrial Age, starting from the late 1700s, then recharging itself in the so-called Second Industrial Revolution a hundred years later.
Of all inventions, there are only three in the modern era from which all others came — Printing, cannons(gunpowder) and the compass.
And the evolution of those devices spanned years, sometimes hundreds of years, as one aspect of the machine was adapted, re-tooled and improved upon just as other so-called useful machines were also being contrived for just about every kind of reason.
These machines quickened time: Eli Whitney’s cotton gin, for example, saved hundreds of man-hours in labor — alas, also due to technology, Whitney never really made much money off his contraption as others quickly copied the machine.
Yet even with all this speed, it still took years and years from one major event to another, with many misfires and draw-backs along the way for all techno-inspired devices.
Of 101 gadgets that changed the world — in all of world history — nearly half of them came in the last 100 years.

Wrapping together techno-future and time, science fiction writer William Gibson — who came up with the term, “cyberspace,” way before the expression became old hat — says technology has quickened itself to the point where tomorrow is barreling well into this afternoon.
We’re living the reality of science fiction right now.

“In the 1960s I think that in some sense the present was actually about three or four years long,” he said, “because in three or four years relatively little would change.”
That stood in sharp contrast to late 2010, he said, when big changes had become a daily occurrence.
“Now the present is the length of a news cycle some days,” he said in an interview with BBC News.
That ferocious rate of change made writing about the present day exciting, he said, and explained why his current novel, Zero History, is set around about now.
“The present is really of no width whatever,” he said.

And the reality of the future is badly, horridly complicated.

“If I write something set 60 years in the future I am going to have to explain how humanity got there and that’s becoming quite a big job,” he said.

When one of the most assured writers in his field doesn’t/can’t untangle the entanglements facing humanity in the extreme-near future, there’s some shit in store for us and strengthens the old axiom when describing unusual things, ‘you can’t make this up.’

And how does a creative science fiction writer describe a future with something out of this world.
From Agence France-Presse:

Carbon pollution and over-use of Earth’s natural resources have become so critical that, on current trends, we will need a second planet to meet our needs by 2030, the WWF said on Wednesday.
In 2007, Earth’s 6.8 billion humans were living 50 percent beyond the planet’s threshold of sustainability, according to its report, issued ahead of a UN biodiversity conference.
“Even with modest UN projections for population growth, consumption and climate change, by 2030 humanity will need the capacity of two Earths to absorb CO2 waste and keep up with natural resource consumption,” it warned.

I mentioned this in my post yesterday, but since it teems with science fiction reality, it’s appropriate here.
And even time supposedly has an end: “Time is unlikely to end in our lifetime, but there is a 50 percent chance that time will end within the next 3.7 billion years,” according to the team of US and Japanese scientists, who are challenging a long-standing theory of the universe.

Their timing is off by some 3.7 billion years — get ready.

One thought on “In the Sweet By-and-By”