Where are we?
And how do we get there from here? 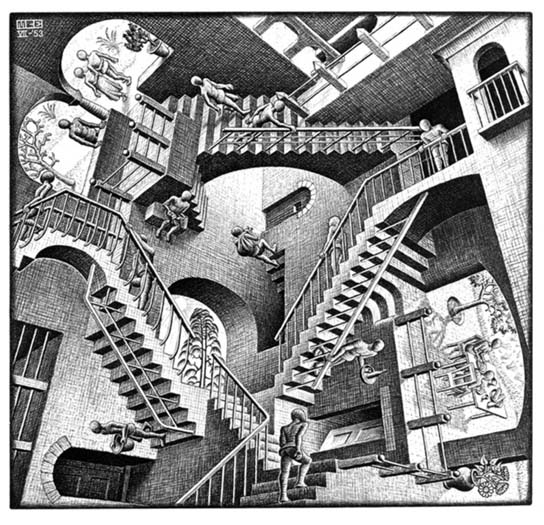 As horrendous 2010 A.D. swiftly comes to an end, the state of the planet leaves a lot to be desired.
According to Wikipedia, ‘innovation‘ comes from the Latin innovationem, a noun of action from innovare: “to renew or change,” from in- “into” + novus “new.”
However, the problem here is there’s nothing new.

In a recent study by University of British Columbia economics professor James Brander, published in the Canadian Journal of Economics, the pace of innovation is slowing dramatically in four key areas: agriculture, energy, transportation and health care.
FromÂ the Globe and Mail last Sunday (h/t The Oil Drum):

â€œCurrent and projected rates of innovation might not be sufficient to improve or even maintain living standards in the face of still rapidly growing population, global warming, and other challenges of the 21st century,â€ Prof. Brander writes.
His thesis is relatively simple.
Look around at all the things you depend upon to live and to work. Prof. Brander argues that all the big ideas are already out there.
Innovation is literally hitting a wall, of physical and biological limits. Larger and larger investments are netting increasingly modest and incremental gains. Weâ€™ve all been living off the fruits of what our parents and grandparents achieved.
…
Instead, he envisions an â€œincreasingly challenging problem of generating sufficient productivity gains in food production to feed the worldâ€™s growing population in the face of major threats to the food supply system, including global warming.â€
These challenges include a world population growing at about 1.1 per cent a year, the diversion of corn to produce ethanol, and vanishing agricultural land.
Innovation in energy shows a similar pattern. Prof. Brander points out that nothing in the past 30 years has come close matching the impact of electrification — and that was more than century ago.
The key advances since (photovoltaic cells, large-scale wind turbines, biomass fuels) have yet to make a major dent in the dependence on fossil fuels.
Other new technologies, such as hydrogen fuels, arenâ€™t coming fast enough to match rising energy thirst.
The longer the world remains dependent on fossil fuels, the greater the risk of â€œpotentially catastrophic global warming,â€ he warns.

In curbing CO2 emissions, at least cutting it down 80 percent, one has to travel back in time to 1972 — and since then, it’s all been downhill in a quick snow-sled run.
And the horror of climate change on all kinds of shit — in an instance,Â the destruction of the Whitebark pine trees in the high-elevation areas of America’s Northern Rockies: “It’s the sort of time in your life that you hope to hell you’re absolutely dead wrong, and it comes to be that you weren’t right enough,” Logan says. “And now I wonder if my grandchild will ever have the experience of being in white bark.”
The speed of destruction far, far exceeds any innovative response to stop it.

And the hogwash of international climate discussions are more fruitless than fruitful, and the entire international global warming talks still need major surgery, but apparently there’s no quick-thinking, innovative doctors in the house.
For a nightmare view of this past year in natural/energy disasters, see this post at Climate Progress, and it’s only going to get much, much worse, much, much quicker in 2011.

Where’s grandma’s brain when we need it?