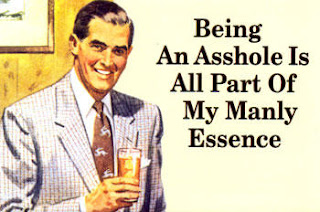 Unlike many other countries on the planet, at least the ones who claim some form of freedom, a great obstacle facing US peoples is not the economy (though, it is terrible), nature or even some horrific wars, but the heartless, self-centered shitheads to the right of the political center.

Unsettling my quivering brain was the dumb-ass comment this week from Fox News contributor John Stossel, who claimed Native Americans have received the biggest hand-out from the federal government, and just to spite history, says the US Bureau of Indian Affairs should be abolished.
Stossel, who jumped from ABC News to Fox a couple of years ago — most-likely ABC wasn’t far-enough to the right for the guy — and despite being called a “self-important ass,” continues to churn out twisted-up gobbly-goop.
The latest via TPM:

“Why is there a Bureau of Indian Affairs?” he said.
“There is no Bureau of Puerto Rican Affairs or Black Affairs or Irish Affairs.
And no group in America has been more helped by the government than the American Indians, because we have the treaties, we stole their land.
But 200 years later, no group does worse.”

John-Boy, the least of the atrocities was land stealing — how about genocide?
History reports nowhere was there a philosophy that blacks, or Puerto Ricans for that matter, were good only when dead.

And in another swipe at Native Americans, the un-American, warmongering crowd of military assholes at GuantÃ¡namo Bay tried to re-write history in attempts to justify the illegal and immoral operation of those so-called military commissions at the naval base.
The attempt back-fired and Pentagon prosecutors had to mutter ‘I’m sorry.’
From the Miami Herald:

Citing precedents, prosecutors reached back into the Indian Wars in arguments at an appeals panel in Washington D.C. Specifically, they invoked an 1818 military commission convened by Gen. Andrew Jackson after U.S. forces invaded then-Spanish Florida to stop black slaves from fleeing through a porous border â€” then executed two British men for helping the Seminole Indians.
…
â€œNot only was the Seminole belligerency unlawful, but, much like modern-day al Qaeda, the very way in which the Seminoles waged war against U.S. targets itself violate the customs and usages of war.â€

But that was quickly tabbed as bullshit.

The same day, the National Congress of American Indians, wrote the court.
â€œWe wish to express our significant concern at the distorted and offensive historical analogy used by the United States in this case when it compared the first â€˜Seminole Warâ€™ of 1817-18 to the terrorism of al Qaeda,â€ wrote John H. Dossett, the advocacyâ€™s group lawyer
â€œThe comparison of Native Americans to al Qaeda is disrespectful,â€ he said, to the nearly 24,000 American Indians currently serving in the U.S. armed forces, and some 383,000 veterans.
…
â€œOne can make the argument that al Qaeda is the aggressors,â€ he (University of Florida history professor Jack Davis) told The Miami Herald from Gainesville, â€œbut the Seminoles were the innocent targets.â€
â€œIt was Jackson invading the territory of a sovereign country, Spain, and heâ€™s executing within that territory citizens of another sovereign country, Britain.â€
By Monday, the chief Pentagon War Crimes prosecutor, Navy Capt. John F. Murphy, along with Gilligan and White, notified the appeals court that the government did not object to a National Congress of American Indians filing.
Moreover, the prosecutors acknowledged that the Seminole portion of the brief â€œcould have benefited from greater precision.â€

The greater precision would be to close GuantÃ¡namo, but the right (with President Obama’s okay) want to keep that hell-hole open.

In order to keep the heartless wheels well-shitted, the Christian right, which has great, way-great influence on the GOP plot line, has struck out again at ordinary peoples.
From the ultra-conservative American Family Association, blogger Bryan Fischer declared Muslims have no US First Amendment rights.
Via Raw Story:

“The First Amendment was written by the Founders to protect the free exercise of Christianity,” he wrote in his column at Renew America. “They were making no effort to give special protections to Islam. Quite the contrary.”
“Islam has no fundamental First Amendment claims, for the simple reason that it was not written to protect the religion of Islam. Islam is entitled only to the religious liberty we extend to it out of courtesy,” Fischer continued.
“Our government has no obligation to allow a treasonous ideology to receive special protections in America, but this is exactly what the Democrats are trying to do right now with Islam.”

Asshole-ness in its pure form.

And all this despite what the majority of US peoples really want.
In the health care reform debate, for instance.
From a CNN poll:

Thirty-seven percent of Americans support the measure, with 59 percent opposed. That’s basically unchanged from last March, when 39 percent supported the law and 59 percent opposed the measure.
“It’s worth remembering that opposition to the bill came from both the left and the right last year, and that has not changed either,” says CNN Polling Director Keating Holland.
“In 2010, about a quarter of the health care bill’s opponents disliked the bill because it was not liberal enough — the same as today.
That works out to 13 percent of all Americans who oppose the bill because it did not go far enough.
Forty-three percent oppose it because it was too liberal.”

See, it’s really, really not-all-that-hard to separate shit from the asshole, but in reality, near impossible.