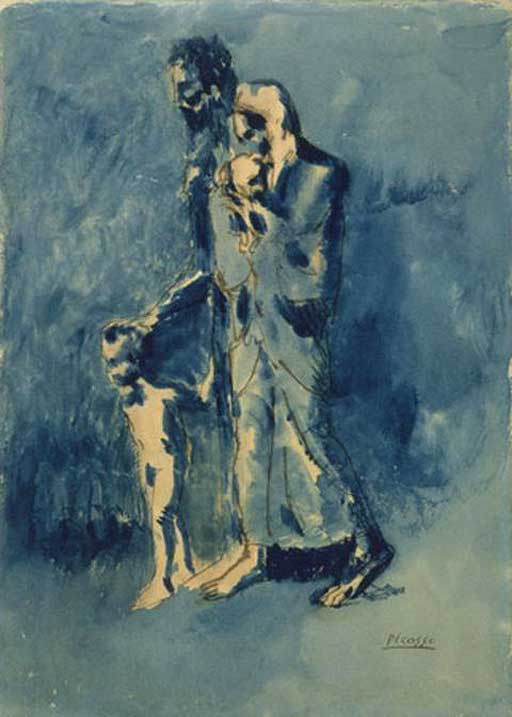 Woke up in a sad funk this morning, worked hard for a long time to concentrate on some kind of post, but couldn’t wrap my dull brain around nothing — cold air held in shaking hands.

One item did slap my face, then produced a scare: The National Earthquake Information Center in Golden, Colo., says an earthquake with a preliminary magnitude of 6.0 off the Oregon coast caused no reported damage and only a smattering of reports from people who felt it as a weak jolt.
After this week’s 5.6 earthquake here in northern California, any kind of shaking in the region does cause some concern and makes a cold, dark morning even more depressing — in the land of quakers, there’s no such thing as a ‘weak jolt.’
Cheap coffee is a weak jolt.

Watching/listening to ABC News on its loop program — ‘Informing Insomniacs for Two Decades’ — it’s so depressing to see how the war drums at beating hard for a nasty conflict with Iran, and believe me, if something does started popping in that arena, feel free to dive for cover.
Glenn Greenwald does pose a musing worth pondering:

I used to find somewhat baffling this bizarre aspect of American public opinion: time and again, Americans support whatever new war of aggression their government proposes, then come to regret that support and decide the war was a â€œmistake,â€ only to demonstrate that they learned no lessons from their â€œmistakeâ€ by eagerly supporting whatever the next proposed war is.
Thus did the widespread belief that Vietnam was a â€œmistakeâ€ have no impact on their support for the attack on Iraq, and now â€” with some polls showing Americans, before their government even proposes it, preliminarily willing to cheer on an attack on Iran — it is clear they have learned nothing from their acknowledged â€œmistakeâ€ in supporting the attack on Iraq.
Most Americans continue with this strange mindset: we realize we were wrong to support those past wars you gave us, but we stand ready and eager to support this next one!

War is a US past-time horror that never ends — enforces my rising funk.

Will there really be a “Morning”?
Is there such a thing as “Day”?
Could I see it from the mountains
If I were as tall as they?

Has it feet like Water lilies?
Has it feathers like a Bird?
Is it brought from famous countries
Of which I have never heard?

Oh some Scholar! Oh some Sailor!
Oh some Wise Men from the skies!
Please to tell a little Pilgrim
Where the place called “Morning” lies!

Middle of the week coming down to it.