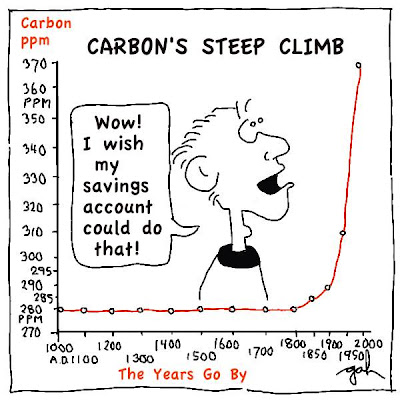 Monday morning — again.
And in these way-pre dawn hours here on California’s northern coast there’s quiet and peace and a bit warmer than normal.
Just from the my perch, the world appears A-Okay, but beyond this little blurb spot there’s all kind of shit going on and most of it real bad.

Beyond the death of Mike Wallace, the news also appears hushed, though, it’s only the early Monday pocket of time restraints painted across the coming history of our dying planet — people in Europe are up and rolling while in the eastern US daylight probably is starting to tweak the dark.

Basking in the quiet — outside with a smoke and a cup of tea only the roar of the not-peaceful Pacific can be heard in the dark — while across this wretched and tortured planet there’s millions and millions and millions of people who will face the dawn without food, water or hope.
While in the US, we keep sleeping in naive, near-thoughtless dreams of the American Dream — not many of us have ever heard of Dimitris Christoulas, a 77-year-old retired pharmacist who committed suicide last week in Athens — the horror of life just too much.

Meanwhile, in the US there’s a similar event awaiting even as our politicians are doing the exact same thing — witness the foam off nit-twit Paul Ryan’s GOP budget proposal, a piece of shit even Forbes calls “A Mistake of Historic Proportions” and if passed a shit load of US peoples would become Dimitris Christoulas.
Read Paul Krugman’s most-excellent dissection this morning of the Ryan budget here.

And in handling the greatest threat to humanity in maybe its entire history — climate change — US peoples are bundled in stupid, cuddled by big GOP mouths full of dog shit.
Americans are safe and secure, or so…
Ron Kramer, a sociologist at Western Michigan University in Kalamazoo, explained we US peoples feel exceptional: Another cultural factor, “American exceptionalism,” celebrates our way of life, which has given us a bounty of wealth and material goods. We want to continue this life, feel we deserve it and believe that nothing bad will happen to us if we do, Kramer explained.
Just wait…

The problem is we’re full of shit in an era of way-diminishing shit.
We’re eating through 1.5 earths every day — so we need 50 percent more earth to keep up with our eating.
Paul Gilding, author of “The Great Disruption: Why the Climate Crisis Will Bring On the End of Shopping and the Birth of a New World ,” posted a noteworthy essay yesterdayÂ at CNN on how we’re approaching the point where the dinner table will become bare.
A few points:

For 50 years the environmental movement has unsuccessfully argued that we should save the planet for moral reasons, that there were more important things than money.
Ironically, it now seems it will be money — through the economic impact of climate change and resource constraint — that will motivate the sweeping changes necessary to avert catastrophe.
The reason is we have now reached a moment where four words — the earth is full — will define our times.
This is not a philosophical statement; this is just science based in physics, chemistry and biology. There are many science-based analyses of this, but they all draw the same conclusion — that we’re living beyond our means.
…
Even the previous heresy, that economic growth has limits, is on the table.
Belief in infinite growth on a finite planet was always irrational, but it is the nature of denial to ignore hard evidence.
Now denial is evaporating, even in the financial markets.
As influential fund manager Jeremy Grantham of GMO says: “The fact is that no compound growth is sustainable. If we maintain our desperate focus on growth, we will run out of everything and crash.” Or as peak oil expert Richard Heinberg argues, we are moving beyond peak oil and into “peak everything.”
…
In this case, the crisis will be global and will manifest as the end of economic growth, thereby striking at the very heart of our model of human progress.
While that will make the task of ending denial harder, it also means what’s at risk is, quite simply, everything we hold to be important.
The last time this happened was World War II, and our response to that is illustrative of both the denial and delay process and the likely form our response to this crisis will take.

Denial will keep plowing the dead field if ass-wipes like the GOP keep humping the waitress.