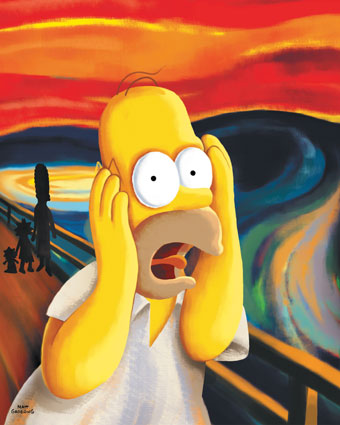 Inflicted with insomnia the last couple of years, I see dawn just about every day — Saturday, though, I did sleep in well past sun up, due to a rare return to sleep.
Early to bed, and early to rise put’s a body out of sync with a lot of normal activity, but at the same time, if given the time to ponder, allows insight into the chilling shit that currently consumes the planet.
Even beyond the tragedy of Whitney Houston — what a sad waste.

AndÂ  Fukushima won’t go away — despite claiming a cold shutdown for the plant in December, now one of the reactors seems to be reheating.
Just in the nick, the US NRC last weekÂ approved two new nuclear reactors in a move of near-pure and absolute insanity — the learning curve is so f*cked.

Two years ago last month, on a Saturday, we had a goody earthquake of a 6.5 magnitude about 40 miles south where I was sitting on my ass, trying to connect with’300′ again on DVD, and not really liking it, when…WHOA!
If you want, read my account here.
Anyway, in the wake of the big shake was this comment which seemed to encompass mankind’s so-far fortunate life encounter with a mega-calamity-waiting-to-happen — such as atomic shit: â€œOn the whole, I think we dodged a bullet,â€ said State Assemblyman Wesley Chesbro, D-Arcata. â€œIt could have been far, far worse.â€
A little saying easily applied to just about any given situation or circumstance.
(What Chesbro was talking about was the very-small injury and damage done in the local area by a so-relatively-close 6.5).

And with the 33rd anniversary of Three Mile Island coming next month, coupled with earthquake concerns at a Virginia nuclear plant last summer and Fukushima’s one-year milestone also coming in March, one has to ponder just how long before some weird, nasty shit happens.

One of the most-ugly of situations with nuclear power — beyond meltdowns, explosions and such — is the horror of radioactive waste. As of last spring, the US has in storage 71,862 tons of this waste and adds about 2,200 tons a year.
And the nuclear people haven’t one single-asshole of a clue what to do with this most-terrible of stuff.
The big plan for nearly three decades was to bury the shit in Yucca Mountain, Nevada, but that was scuttled by President Obama for a load of reasons — now the waste is stored on site of each of the plants, either in cooling pools or these huge dry casks.
The above mentioned nuclear plant in Virginia has a sister facility in the state and between the two of them there’s 5.2 million pounds of waste stored, with nowhere else to go.

A reminder via a fact sheet on the total dumbness of this stuffÂ  (from a Quick View of pdf report): When 100 tons of uranium fuel is fissioned in a nuclear power plant it becomes one billion times more radioactive than the original uranium, and more than 200 new radioactive elements are made. These elements are radioactive waste.

Despite this waste being able to kill for thousands of years, there’s apparently no growing concern for what to do about it, though, it’s about the money, or the lack of it.
From the Wall Street Journal last August on Obama’s so-called presidential panel on atomic shit:

The draft report issued July 29 by the panel, the Blue Ribbon Commission on America’s Nuclear Future, said the U.S. nuclear-waste disposal program had “all but broken down” and suggested a series of fixes.
One recommendation was an overhaul of what it called the “dysfunctional” Nuclear Waste Fund arrangement.

And from The Hill earlier this month on the final report of that so-called commission:

The most important recommendations surround how to store the waste, both temporarily and permanently.
The report notes that, even if Yucca Mountain were opened, the current, and growing, volume of spent nuclear fuel in the U.S. means that it would quickly be filled, and a new permanent repository would have to be built anyway.
Even though the process could take twenty years, it is important to begin as soon as possible.

Let’s see now, two thousand-plus extra pounds of waste a year, times 20 years equals a shitload of crazy.
And crazy is as crazy be — from the New York Times on Friday on the desultory clean-up of a village 20 miles from Fukushima: A day laborer wiping down windows at an abandoned school nearby shrugged at the work crewâ€™s haphazard approach. â€œWe are all amateurs,â€ he said. â€œNobody really knows how to clean up radiation.â€

Somebody really, really needs to earn their nuclear nuts.