In some nifty news beyond the DC beltway — Peter Jackson’s documentary of the Beatles recording and musical hijinks creating “Let It Be,” and even roughing-out songs for “Abby Road,” is getting ready for release.
According to an announcement right-about this time a year ago, Jackson, late of “Lord of the Rings” fame among a shitload of other projects, would re-work 55 hours of unreleased footage of the band intended for Michael Lindsay-Hogg’s 1970 documentary, “Let it Be.”
Supposedly, Jackson would use high-tech, state-of-the-art restoration procedures to update the classic Beatle timeline, and showcase the reality 50 years later. 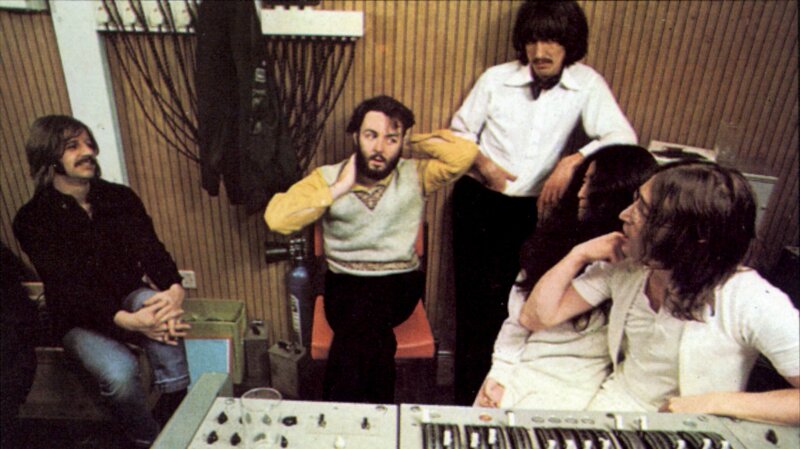 The project received a quicky-preview this week at the Universal Music showcase in LA — via yesterday’s Variety:

The audience was then politely asked not to film or photograph the segment that followed: a several-minute-long preview of “Lord of the Rings” director Peter Jackson’s forthcoming Beatles film (announced a year ago).
Longtime Apple Records chief Jeff Jones (who noted that the Beatles had taken the name for their record company long before the computer colossus was formed) spoke of how the original “Let It Be” film is considered by many to be a depressing look at the group in the process of breaking up — an impression its murky, shadowy atmosphere exacerbated.
Amid the ongoing extensive Beatles reissue campaigns, it’s the one project the surviving members have seemed reluctant to return to.
So instead, they enlisted Jackson, who had just completed “They Shall Not Grow Old,” a project that saw him cleaning up and colorizing archival World War I film footage, and essentially enlisted him to do the same with the many hours of “Let It Be” footage.
“We have created a brand-new film that will attempt to bust the myth that the ‘Let It Be’ sessions were the final nail in the Beatles’ coffin,” Jones said.
And sure enough, an amazing counter-narrative to “Let It Be” film has ensued: It’s brighter both visually and spiritually, with many, many shots of the Beatles joking around, making fun of each other, singing in silly accents and generally indulging in vintage Moptop hijinks.
It also features many scenes of the group rehearsing songs from the “Abbey Road” album — their true swan song, which would be recorded over the following summer — and even rough versions of songs that would appear on solo records.
On the basis of this clip, Beatles fans will lose their minds over this film.

Lose our minds? The real, original Beatles fans are the boomers, and we’ve already lost most of our minds.
The musical album was recorded in January 1969, released in May 1970, and the feature-length documentary shortly thereafter — a bit of background via the Guardian Jan. 30, 2019:

Lindsay-Hogg’s Let It Be has long been out of official circulation since it was last available on home entertainment formats in the early 1980s.
Attempts to reissue it since have never come to fruition; however, Apple said that a restored version will be released after Jackson’s edit.
The film has always held interest to Beatles fans as it documents the group at a time when tensions within the band were beginning to become obvious — including George Harrison’s decision to walk out after a few days of filming.
This incident was not included in Lindsay-Hogg’s film; the director was also instructed to cut other sequences that individual Beatles were unhappy with.
Lindsay-Hogg later said the band’s verdict on his completed film was “mixed,” indicating their reluctance to reissue it.

And this iconic scene per Wikipedia: ‘Trying to come up with a conclusion for the film, it was suggested that the band play an unannounced lunchtime concert on the roof of the Apple building. On 30 January, the Beatles and Preston played on the rooftop in the cold wind for 42 minutes, about half of which ended up in the film. The Beatles started with a rehearsal of “Get Back,” then played the five songs which are shown in the film. After repeating “I’ve Got a Feeling” and “Don’t Let Me Down,” takes which were left out of the film, the Beatles are shown in the film closing with another pass at “Get Back” as the police arrive to shut down the show.‘

As a youngster, I was an out-of-control Beatles fan, had all the albums through “Sgt. Peppers,” but later just radioed the songs. My most-favorite, “Rubber Soul,” I played until the vinyl warped (almost).
This year will mark 40 years since John Lennon’s death, and sad to say, my most-favorite Beatle, George Harrison, died on my birthday in 2001.