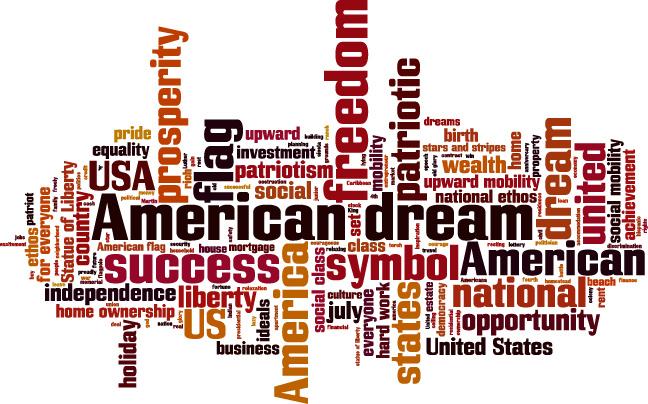 “The reason they call it the American Dream is because you have to be asleep to believe it.”
— George Carlin

When I was growing up in the 1950s/1960s the so-called “American Dream” was real as “Father Knows Best,” and seemed to carry a lot of weight with adult-like people. As George says, it’s a real-life dream while you’re awake. Just more bullshit: ‘The American dream is the belief that anyone, regardless of where they were born or what class they were born into, can attain their own version of success in a society where upward mobility is possible for everyone. The American dream is achieved through sacrifice, risk-taking, and hard work, rather than by chance.‘

And a dream can easily turn into a nightmare, which it has been all along — new shit on the ‘Dream‘ via The Washington Post this morning as most-obviously Democracy is on a retreat:

The situation is especially concerning in the United States, where a decade of creeping authoritarianism has produced one of the world’s most rapid paces of democratic deterioration, according to the report. In terms of individual freedoms, we’re now “closer to countries such as Romania and Panama than Western European partners such as France and Germany,” as Ishaan Tharoor noted recently.

But there’s a major economic component to our recent decline, as well: the yawning divide between rich and poor, which researchers have found to be both a cause and a consequence of democratic backsliding here and elsewhere.

The United States scores particularly poorly on equal treatment under the law, for instance.
In the workplace, a large compensation gap between White men and virtually everyone else “has remained relatively constant over the past several decades,” the report notes.
…
The United States is also deficient in the realm of “equality of opportunity and freedom from economic exploitation,” the authors write.
The American Dream — “the notion of a fair society in which hard work will bring economic and social advancement, regardless of the circumstances of one’s birth,” as they define it — is faltering in a society that now has one of the lowest rates of upward mobility in the wealthy world.

The share of Americans earning more money than their parents has plummeted, driven by decades of wage stagnation for all but the top earners.
The federal minimum wage hasn’t been increased in over a decade.
The coronavirus pandemic ushered in a massive wave of layoffs, and unsafe working conditions for millions of people who do the essential work of keeping the country running.
…
But now, Freedom House is just one of many democracy watchdogs warning that authoritarianism is on the march here.
If history is any guide, we will all be poorer for it.
As the late Supreme Court Justice Louis Brandeis said, “We may have democracy, or we may have wealth concentrated in the hands of a few, but we can’t have both.”

And Republican-T-Rump peoples want the wealth…