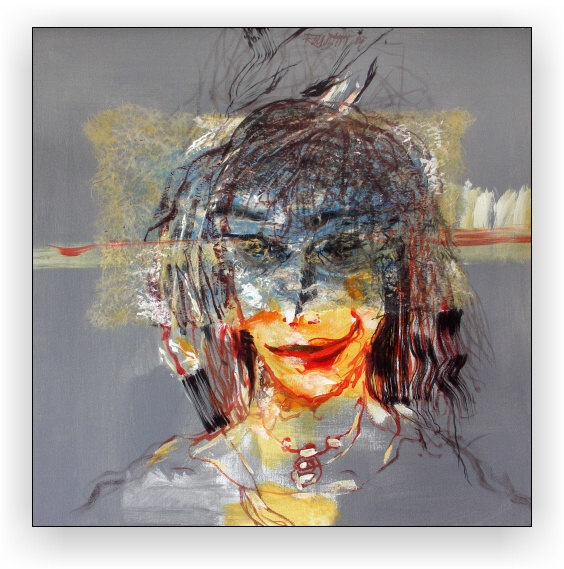 The biggest obstacle right now in getting any kind of a handle on COVID is the nasty and ignorant pushback from MAGA hatters and other nit-twit assholes fighting science and common sense. A real shitty horror is the massive hypocrisy from the upper reaches of Republicans — the latest is the case of Texas Gov. Greg Abbott, who has tested positive for COVID.
Although he’s against vaccine mandates. even mask mandates and has low-played the pandemic, he’s been vaccinated and is now reportedly getting full-fright treatment — via Mark Sumner at Daily Kos this morning:

On Tuesday, authorities in Texas revealed that Gov. Greg Abbott had tested positive for COVID-19 after participating in multiple campaign events in which Abbott, along with other Republicans present, neither wore masks nor practiced any social distancing.
Those same authorities already made it clear that, though Abbott tested positive, he is not displaying any symptoms related to his infection. Not only that, but Abbott has already told people that he, unlike almost every American, has already received a booster shot of vaccine.
So why is Greg Abbott getting a costly treatment available only under an Emergency Use Authorization and intended for those most at risk of developing severe illness?

Abbot’s treatment with Regeneron’s REGEN-COV monoclonal antibody treatment seems completely contradictory to the EUA under which it was made available.
There seems to be no reason a man who is asymptomatic and has already had a booster vaccine shot should be getting this treatment.

Like Gov. Ron DeSantis of Florida, Abbott has been pushing Regeneron’s treatment as a solution to the COVID crisis. Texas has nine infusion centers in the works. Not all of them are open right now, but they’ll be able to handle about 1,350 patients a day when they are. Which is less than 7-percent of the Texans testing positive for COVID-19 each day.
So why was Greg Abbott, whose danger appeared to be low, given access to a treatment denied to 93-percent of the people in his state?
Why should he get something that was not provided to the 17,000 Texans currently hospitalized for COVID-19?

The CDC has currently only authorized boosters for Americans who have serious immune deficiency issues when it comes to the booster shot. Even that authorization only came last week.
When or why Abbott got a booster hasn’t been revealed.
According to NBC News, Abbott’s office has not responded to requests for information about how the Texas governor was allowed to get an additional jab unavailable to everyone else.

In Florida, where the second-largest investor in Regeneron also happens to be DeSantis’ largest donor,
REGEN-COV is currently available to less than 4-percent of those testing positive for COVID-19 each day.
If the treatment were given to all COVID-19 patients, the cost would be more than $80 million per day — just for Texas and Florida.

From the very beginning, the treatment has been provided to Republican politicians with utter disregard for how it is supposed to be administered.
Donald Trump got four times the prescribed dose while also on oxygen, which violates the EUA.
Chris Christie received the treatment while in hospital — which is a violation of the EUA.
Now Greg Abbott is getting REGEN-COV despite a booster shot and no symptoms.
And at the same time, a very, very high percentage of Americans infected have absolutely no access to this drug, despite promises from Trump, Abbott, and DeSantis.

A costly treatment that takes hours to administer by IV is never going to be effective in limiting the number of people who need hospitalization from widespread disease. For that, there needs to be something cheap, something that can be administered quickly, something whose efficacy is very high.
Fortunately, that something exists. It’s called the vaccine.

Even as breakthrough cases increase, vaccination continues to be the most effective means of ensuring that patients don’t end up contracting severe illness.
In fact, even if every patient did get Regeneron’s treatment, its efficacy was 70-percent in preventing severe illness.
That’s considerably less effective than vaccines.
And the results from Regeneron were from a point before the delta variant became prominent. How effective it is against the delta variant isn’t yet clear.

If Regeneron’s REGEN-COV were 70-percent effective on hospitalized patients, that would be fantastic. However, a U.K. study released in June saw a 20-percent mortality reduction when Regeneron was used in the hospital.
That’s certainly a genuine benefit, and anyone facing severe COVID-19 would be foolish to turn down the opportunity to receive treatment—even if offered in violation of the EUA.
However, it’s far from a get-out-of-COVID-free card.
REGEN-COV remains costly, uncommon, and utterly unable to address the current crisis.

What’s needed is vaccination, masks, and social distancing. The chain of transmission has to be broken. Because no matter how many articles are written about how “COVID-19 is here to stay,” it simply can’t be. We can’t learn to live with it.
A disease that regularly sends this nation (and every nation) into cycles of ICU-or-death is not a condition that can persist long term.
It’s a prescription for failure. Of the healthcare system. Of the economy. Of Everything. Big ‘E.’

Right now, Republicans are hiding behind Regenron’s antibody treatment.
Just like they previously hid behind hydroxychloroquine. While REGEN-COV may have the huge advantage of actually generating some benefit, both serve the same purpose — to allow Republican politicians to downplay the costs of the pandemic and encourage people to act as if COVID-19 doesn’t exist because a cure is available.
But there is no cure.
Republicans are still selling the same lie that Trump was pushing when he refused to institute national testing.
The same lie that DeSantis pushed when he reopened businesses without meeting any of the guidelines his own team had put down.
The same lie that Republican governors from Texas to Tennessee to Florida to Iowa to Arizona are pushing in blocking mask requirements at public schools.

Until we get these assholes out of power, the US won’t be able to address not only the surge of Delta COVID, but climate change, infrastructure and a shitload of other pressing items with a life=or-death basis — time is of the essence.