Some more environmental shit this afternoon as climate change continues unabated — similar to COVID at a Texas Republican fundraiser — and the endgame worse. 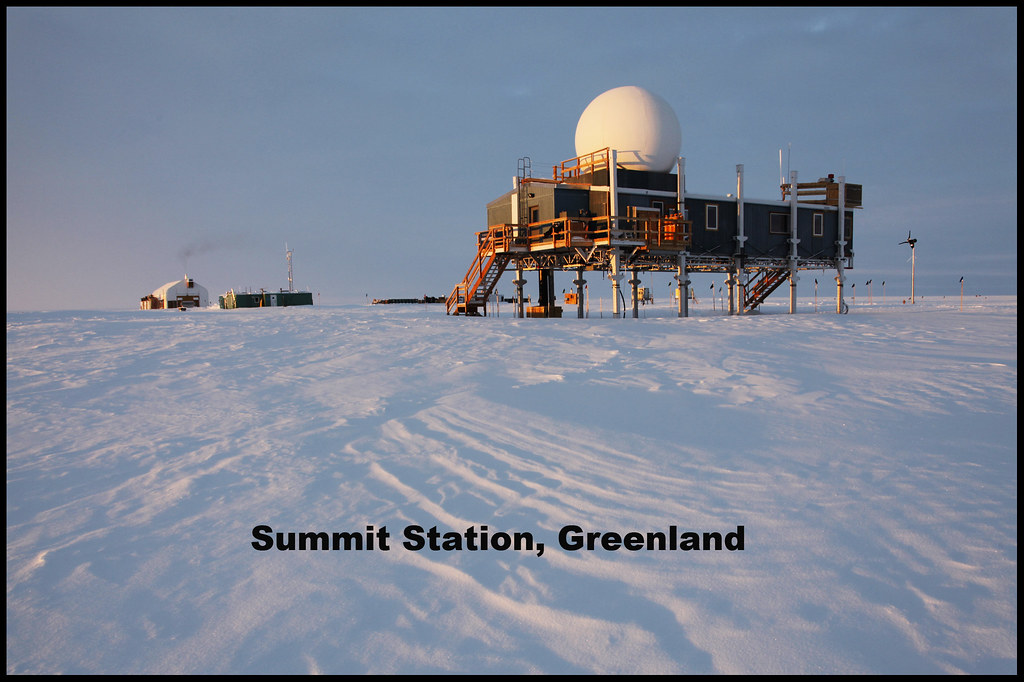 Odd events weather/climate-wise seem to be taking place way-more often than not — first-time shit has become the norm. Rain in never-before places — from CNN this afternoon:

For the first time on record, precipitation on Saturday at the summit of Greenland — roughly two miles above sea level — fell as rain and not snow.

Temperatures at the Greenland summit over the weekend rose above freezing for the third time in less than a decade.
The warm air fueled an extreme rain event that dumped 7 billion tons of water on the ice sheet, enough to fill the Reflecting Pool at the National Mall in Washington, DC, nearly 250,000 times.
It was the heaviest rainfall on the ice sheet since record keeping began in 1950, according to the National Snow and Ice Data Center, and the amount of ice mass lost on Sunday was seven times higher than the daily average for this time of year.
Ted Scambos, a senior research scientist at the National Snow and Ice Data Center at the University of Colorado, said this is evidence Greenland is warming rapidly.
“What is going on is not simply a warm decade or two in a wandering climate pattern,” Scambos told CNN.
“This is unprecedented.”

The National Science Foundation’s Summit Station is located at the highest point on the Greenland ice sheet, where scientists can observe Arctic weather and changes in the ice.
The station has been staffed year-round to observe extreme changes since 1989.
The majority of the weekend’s rain fell from the southeast coast of Greenland up to the Summit Station.

Jennifer Mercer, program officer for the Office of Polar Programs at the National Science Foundation, said because of the significant rain event, operations at the Summit Station would need to change: “It means that we need to consider weather events that we have not had to deal with before in the history of our operations there,” she told CNN.
“Increasing weather events including melting, high winds, and now rain, over the last 10 years have occurred outside the range of what is considered normal,” Mercer said.
“And these seem to be occurring more and more.”

Just an additional leap forward without an idea of how to stop.

In context, here are three samples of some more environmental news I’d come across today:
First, another side effect of global warming is economics, and it doesn’t look good — per CNBC this morning:

The onset of the coronavirus pandemic caused unprecedented, worldwide supply-chain disruptions, but experts say that’s a drop in the bucket compared with the disruptions that climate change will cause.

Wildfires in the American West, flooding in China and Europe and drought in South America are already disrupting supplies of everything from lumber to chocolate to sushi rice.

“Whether you’re in the agricultural sector or the forestry sector, or in the tech sector, there is really no particular sector that is immune from climate change,” said Christy Slay, senior director of science and research applications at The Sustainability Consortium.
…
Students at MIT recently did a study on the effect of climate change on mint for Colgate Palmolive and recommended the company engage in risk mitigation beyond its current five-year horizon, moving to a 20-year plan.

“It’s obvious that the impacts of climate change that we’re already experiencing today, wildfires, drought, extreme weather, more intense hurricanes, crop yield declines, water shortage and the political disruption that comes from the forced migration and political instability it generates — these are enormous stress to many supply chains of companies, and not just companies that are making physical products but in finance and services,” said John Sterman, professor of management at MIT’s Sloan School of Management and co-director of Sloan’s sustainability initiative.

In another Arctic/Greenland item — the North Water Polynya, known to Inuit as Pikialasorsuaq, is an area of year-round open water wedged between Greenland and Canada’s Ellesmere and Devon islands, a biological hotspot is apparently getting ready to collapse for the second time in history. High temperatures 2,000 years ago caused it to evaporate, and now this time the end is driven by human-caused climate warming, concludes a new study published in Nature Communications.
Once again, “unprecedented speed” of change — via ArcticToday, from yesterday:

“On our present climate trajectory, the NOW will likely cease to exist as a globally unique ice-bounded open-water ecosystem, and a winter refuge for keystone High Arctic species,” the study says.
“The vulnerability of the NOW is a clear example of the emerging climate change risk associated with changing sea ice conditions on the productivity of indigenously harvested resources.”

And finally, in the department of I’d never heard of this shit before —  via Nature, also yesterday:

The powerful greenhouse gases tetrafluoromethane and hexafluoroethane have been building up in the atmosphere from unknown sources. Now, modelling suggests that China’s aluminium industry is a major culprit.

The gases are thousands of times more effective than carbon dioxide at warming the atmosphere. Official tallies of tetrafluoromethane and hexafluoroethane emissions from factories are too low to account for the levels in the air, which began to rise in 2015 after seven years of relative stability.
…
The results suggest that aluminium smelters in China account for a large proportion of these chemicals in the atmosphere.
Semiconductor factories in South Korea and Japan are probably also to blame.

Rain is still raining off the post title — sad shit:

And here we are, fucking again…