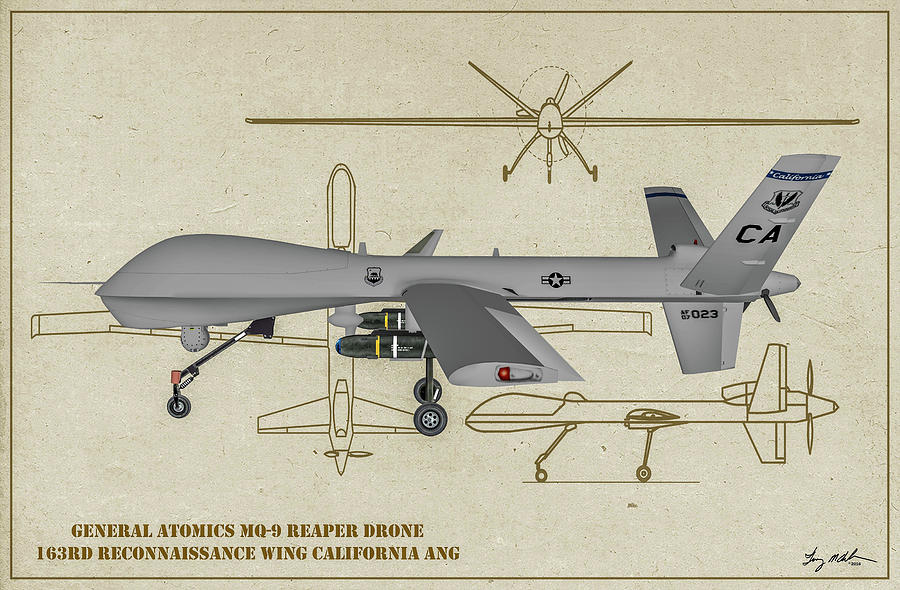 Oddly and horribly ironic on the eve of one of America’s near-sacred, modern anniversaries, a report today the military drone strike last month in Kabul as mass evacuations were taking place was actually another fatal, deadly fuck-up in a 20-year-history of such fuck-ups, capping a final failure on our way out the door.

Instead of horrid terrorists, the US killed one of the ‘good guys’ and his family:

The final act of the U.S. war in Afghanistan was a drone strike in Kabul that killed 10 people. Our latest investigation shows how a man the military saw as an "imminent threat" and "ISIS facilitator" was actually an aid worker returning to his family: https://t.co/eUX5WSImrD

Watch video of the account at the link embedded with the tweet, pretty-well shows the fuck-up. Background details from The New York Times late this afternoon:

It was the last known missile fired by the United States in its 20-year war in Afghanistan, and the military called it a “righteous strike” — a drone attack after hours of surveillance on Aug. 29 against a vehicle that American officials thought contained an ISIS bomb and posed an imminent threat to troops at Kabul’s airport.

But a New York Times investigation of video evidence, along with interviews with more than a dozen of the driver’s co-workers and family members in Kabul, raises doubts about the U.S. version of events, including whether explosives were present in the vehicle, whether the driver had a connection to ISIS, and whether there was a second explosion after the missile struck the car.

Military officials said they did not know the identity of the car’s driver when the drone fired, but deemed him suspicious because of how they interpreted his activities that day, saying that he possibly visited an ISIS safe house and, at one point, loaded what they thought could be explosives into the car.

Times reporting has identified the driver as Zemari Ahmadi, a longtime worker for a U.S. aid group. The evidence suggests that his travels that day actually involved transporting colleagues to and from work.
And an analysis of video feeds showed that what the military may have seen was Mr. Ahmadi and a colleague loading canisters of water into his trunk to bring home to his family.

While the U.S. military said the drone strike might have killed three civilians, Times reporting shows that it killed 10, including seven children, in a dense residential block.
…
Throughout the day, an MQ-9 Reaper drone continued to track Mr. Ahmadi’s vehicle as it drove around Kabul, and U.S. officials claimed they intercepted communications between the sedan and the alleged ISIS safe house, instructing it to make several stops.

But the people who rode with Mr. Ahmadi that day said that what the military interpreted as a series of suspicious moves was simply a normal day at work.
…
But an examination of the scene of the strike, conducted by the Times visual investigations team and a Times reporter the morning afterward, and followed up with a second visit four days later, found no evidence of a second, more powerful explosion.

Experts who examined photos and videos pointed out that, although there was clear evidence of a missile strike and subsequent vehicle fire, there were no collapsed or blown-out walls, no destroyed vegetation, and only one dent in the entrance gate, indicating a single shock wave.

“It seriously questions the credibility of the intelligence or technology utilized to determine this was a legitimate target,” said Chris Cobb-Smith, a British Army veteran and security consultant.
…
Family members questioned why Mr. Ahmadi would have a motivation to attack Americans when he had already applied for refugee resettlement in the United States. His adult cousin Naser, a former U.S. military contractor, had also applied for resettlement.
He had planned to marry his fiancée, Samia, last Friday so that she could be included in his immigration case.

“All of them were innocent,” said Emal, Mr. Ahmadi’s brother.
“You say he was ISIS, but he worked for the Americans.”

Although horrid, one last blast for old times sake — the US had developed a murderous-black reputation for drone-bombing Afghan wedding parties and other innocent gatherings.
In the modern era, America doesn’t do wars good.