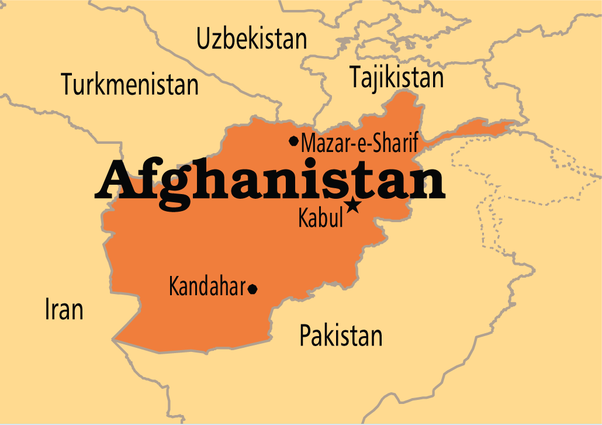 Even as the US seems to be on the cusp of break-down, we’ve still got the war on terror going strong, especially in Afghanistan — from the Military Times this afternoon:

Numerous U.S troops were killed Saturday during a firefight in Afghanistan, according to the New York Times.
A military source, speaking to Military Times on the condition of anonymity because he is not authorized to talk to the media, said at least two members of the 7th Special Forces Group — operating in eastern Afghanistan — were killed and several others wounded.
U.S. officials told Military Times they could not immediately confirm reports about casualties.
However, an official did say that the U.S. and Afghan forces conducting an operation in Nangarhar Province were engaged by direct fire on Saturday, according Col. Sonny Leggett, a spokesman for U.S. Forces–Afghanistan.
“We are assessing the situation and will provide further updates as they become available,” he said in an emailed statement Saturday.
…
One official told the Agence France-Press that the attack happened in the Shirzad district military headquarters and that foreign forces had cordoned off the area.
“Several helicopters landed in and departed from the HQ compound taking out casualties. We don’t know how many killed or wounded,” the official told AFP.
For years Nangarhar Province has been a haven for the Islamic State group’s faction in Afghanistan. The Taliban also operates in the area.

An update from the BBC: ‘Meanwhile, two Afghan officials said five or six US soldiers and six Afghan soldiers were killed, the New York Times reports.’
And worse, still: ‘New statistics about the United States’ generational war in Afghanistan show that President Trump’s 2017 surge of more than 7,000 troops there failed. The latest figures represent an epitaph for a conflict now tied with the occupation of Haiti as America’s longest overseas misadventure.’

Eighteen-plus years later, here we are — the Afghan war launched Oct. 7, 2001, in direct-retaliation to the Sept. 11 New York attacks, and GW’s response was correct to go after Al Qaeda and Osama bin Laden, reportedly in Afghanistan. However, the main prize was Saddam Hussein, not Osama. Acute, precise military operations in Afghanistan ended in November/December 2001, and the war there was then forever lost.
A memory dredge via Mother Jones from September 2006 — a few blasts from the past

Thus, the entire military task in Afghanistan was put on the proverbial back-burner, and in little pans. And of course, as the Iraqi horror sagged-down into ethnic warfare, the Taliban regrouped in 2006 and opened a can of whup-ass on the US-led coalition troops in country.
And it’s been catch-up and losing every since.
Obama’s deal of ‘looking forward‘ not back on the GW’s bullshit didn’t help matters either.