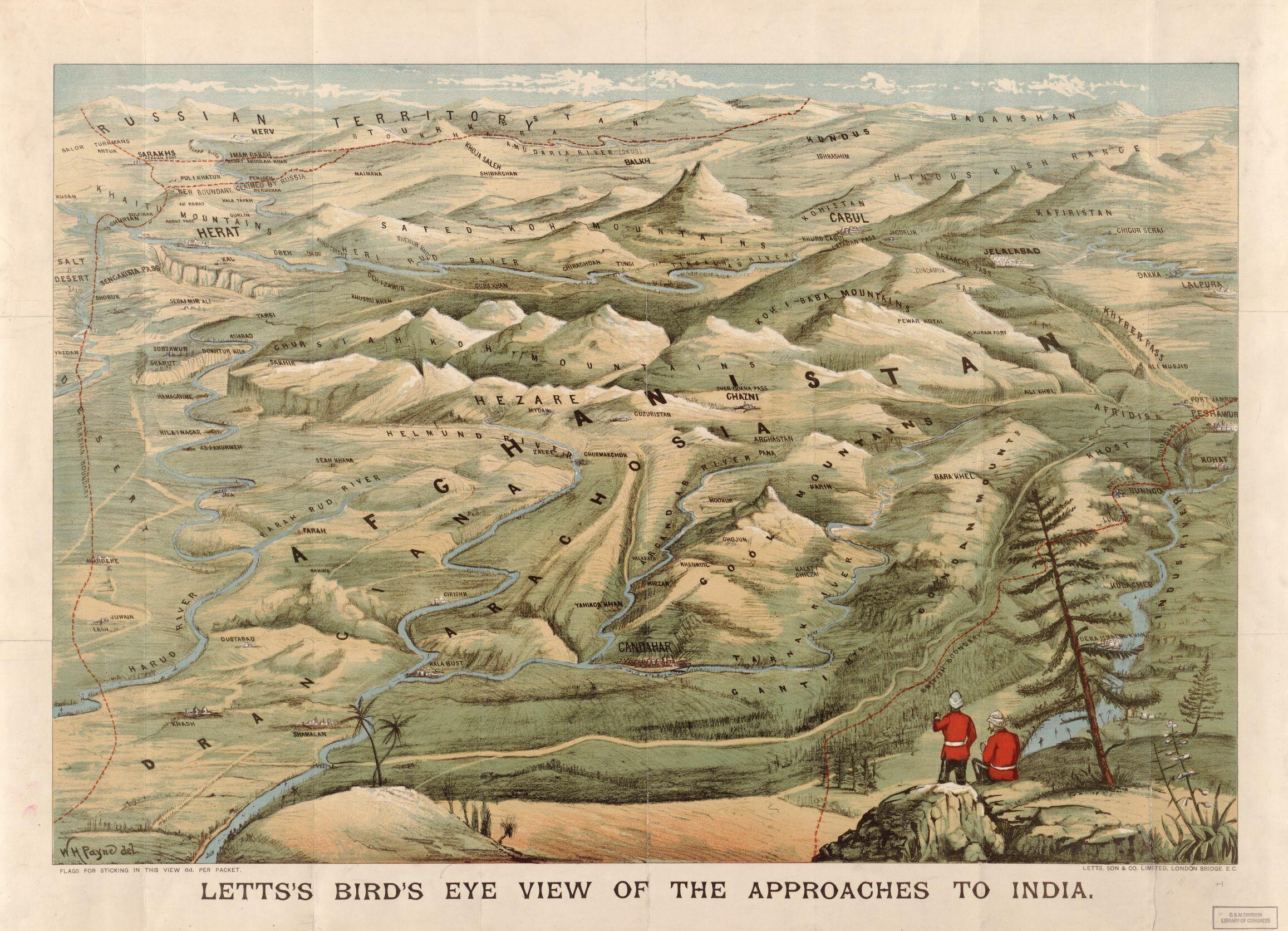 When I started this bog, ‘Compatible Creatures,’ more than 14 years ago — April 2007 — the near-daily absolute-main-topic was war. Two of them, in fact.
Afghanistan at the time was closing in on its sixth year of conflict, but had taken a near-invisible backseat to the totally-fucked and horrific shitstorm in Iraq. Four years after the 2003 invasion, the situation was ludricous beyond parody — US troops were dying in droves, Iraqi towns like Fallujah, Karbala and Ramadi were well-known nightly-news locations where terrible shit had taken place that day. most-likely killing huge-giant numbers of Iraqi civilians. Shit got so bad, asshole GW Bush earlier that year ordered a ‘surge‘ of US troops, but despite some leveling-off of violence, was a bust. Four days before ‘Creatures‘ took online-life, a routine incident at the time occurred: ‘Five bombs targeting Shiite neighborhoods kill about 200 people and ravage the Iraqi capital in the worst violence in weeks. One bomb alone kills about 140 in Sadr City area.‘
Normal for the time.

Meanwhile, Afghanistan sunk into the sands, where it remains until this day. A coincident item brings it back into the news, though, way from the forefront, as US troops draw down to finally leave the country. The consequences after 20 years of fucking-off will play-out crudely in the near future. In mid-April, Joe Biden announced the pullout slated to be completed by Sept. 11, a move that’s ahead of schedule.
An analysis via CNN this morning:

After nearly 20 years in Afghanistan, the US military, at Biden’s direction, is in the final stages of withdrawing troops from the country, bringing an end to America’s longest war.
The last US troops have left Bagram Air Base, according to a US defense official, marking the end of the American presence at the sprawling compound that became the center of military power in Afghanistan.

Three months after Biden announced his decision to draw down troops by September 11, the pace of withdrawal is catching some in Washington by surprise, yet there is no indication that Biden or any of his top aides are second-guessing the move. Sources inside the White House tell CNN that the President and his team have measured the political and national security ramifications of the decision and remain confident it’s the right one.

But the grim consequences of withdrawal are only just starting to become clear.
And while the White House remains united behind the decision, across the government concerns are rising about the deteriorating security in Afghanistan, the pace of withdrawal and the many questions that are still unanswered about America’s long-term strategy.

Speaking at the White House on Friday, Biden grew visibly irritated when questioned about the state of the country US troops are in the process of leaving.
“I’m not going to answer any more questions about Afghanistan,” Biden said after detailing his drawdown plans, his hopes for the embattled civilian Afghan government and his view of US air support.
“Look, It’s the Fourth of July,” Biden said, gesturing with his hands in exasperation.
“I’m concerned that you guys are asking me questions that I’ll answer next week. This is a holiday weekend. I’m going to celebrate it. There’s great things are happening.”

An observation immersed in a possible offshoot of that old adage on the three points that can make-or-break the success of a restaurant: Location, location, location. In Afghanistan, great things are ‘not‘ happening:

American troops pulled out of their main military base in Afghanistan on Friday, a U.S. defense official said. Here is a chronicle of U.S. involvement and major developments in Afghanistan over the past two decades https://t.co/r0MunKa3PQ pic.twitter.com/EKteThVpmk

And the Bagram Air Base departure (per Reuters, also this morning):

Even so, the Bagram pullout brings an effective end to the longest war in American history.

The base, an hour’s drive north of Kabul, was where the U.S. military has coordinated its air war and logistical support for its entire Afghan mission. The Taliban thanked them for leaving.

“We consider this withdrawal a positive step. Afghans can get closer to stability and peace with the full withdrawal of foreign forces,” Taliban spokesman Zabihullah Mujahid told Reuters.

Other Afghans were more circumspect. “The Americans must leave Afghanistan and there should be peace in this country,” said Kabul resident Javed Arman.
But he added: “We are in a difficult situation. Most people have fled their districts and some districts have fallen. Seven districts in Paktia province have fallen and are now under Taliban control.”
…
In exchange for the U.S. withdrawal, the Taliban have promised not to allow international terrorists to operate from Afghan soil.
They made a commitment to negotiate with the Afghan government, but those talks, in the Qatari capital Doha, made little progress.

In a statement, the U.S. Embassy in Afghanistan this week said the United States was firmly committed to assist Afghanistan and will provide security assistance of $3 billion in 2022.
“We urge an end to violence, respect for the human rights of all Afghans and serious negotiations in Doha so that a just and durable peace may be achieved,” the embassy stated.

The Taliban refuse to declare a ceasefire.
Afghan soldiers have been surrendering or abandoning their posts. Militia groups that fought against the Taliban before the Americans arrived are taking up arms to fight them again.

And like Vietnam, Afghans who worked for the US, or were just freedom-loving ordinary folks, could see the horror of Taliban vengeance — per The New Yorker last Wednesday:

U.S. veterans of the war and members of Congress are pressuring the White House to do more to protect the tens of thousands of interpreters, drivers, and other support workers who directly aided the U.S. military and government after 2001, and who are now vulnerable to Taliban vengeance.
Last week, the Biden Administration said that it is preparing a plan to move thousands of interpreters and military-support personnel outside the country while they wait for U.S. visa applications to be processed. Yet that plan will not protect the countless other Afghans who lashed their lives to the ideals and the hopes of the U.S.-led invasion.
That includes the young urbanites of Akbar’s generation who defied the Taliban and signed on to a Sisyphean reconstruction effort in the midst of war, only to find, after years of violence and disappointment, that U.S. and nato forces — which are, because of their uncontested airpower, the only forces that can reliably keep the Taliban out of the cities — would be abruptly withdrawn.

A future, as stated, is not that great.

The map-image above from 120 years ago embellishes the current nightmare (from link):

Letts’s bird’s eye view of the approaches to India by W.H. Payne was published in London during the early 1900s. Letts, Son & Co. sold stationary, maps and diaries, among them is this striking panoramic view that depicts Russian territory in the north marked with a red dotted line along the Amu Darya River.
Mountain ranges, the Khyber Pass and the cities Kabul, Herat and Jalalabad are shown on the map. Two British soldiers in the lower right-hand corner seem to be overlooking an area marked by another red dotted line labeled “British Boundary.”
The Indus River located in present day Pakistan is shown east of the British boundary line.
This detailed view illustrates the history of 19th century Afghanistan and the Great Game that took place between Great Britain and Russia.

Now, there’s no game — except defeat and death.

When I was a senior in high school (54-years ago), I first read James A. Michener’s great Afghan novel, “Caravans,” about a young US diplomat assigned to the American embassy in Kabul and who journeys into the rural backcountry in search of a missing American woman.
Incredible book, (which I reread shortly after 9/11), one of many I devoured in my fascination with Michener in those years (“The Source” a wonder). In comparing the current situation, I did find this telling passage from the book — per Goodreads:

“Afghanistan, one of the most inconspicuous nations on earth. In 1946 it was just emerging from the bronze age, a land incredibly old, incredibly tied to an ancient past. At the embassy we used to say, “Kabul today shows what Palestine was like at the time of Jesus.”

In majestic response, theme from the movie version of “Caravans” (1978), with Anthony Quinn and Jennifer O’Neill:

No way close to the wonder of the novel…