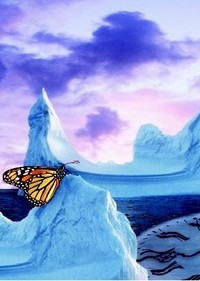 In terms of pure weather horror, this past week should send a complete, focused message to peoples everywhere — the climate is quickly shifting and all bets are off.

Ohio Gov. John Kasich on tornadoes: “It’s like a bomb went off and everything is splintered, bricks are down and trees, and (there’s) just a lot of debris.”
And then Kasich on federal funds for help in the mess: â€œI believe that we can handle this,â€ Kasich said while visiting a shelter for storm victims at New Richmond High School. â€œWeâ€™ll have down here all the assets of the state.â€
Fairly-obvious response: â€œI question his judgment. It would appear at first blush that heâ€™s probably playing politics.â€ (local Democratic Party honcho, Dave Lane).

Eventually, Kasich will do more than blush — like all assholes, he will have to walk back a lot of dumb-ass shit.
He’s a Tea Party dip-wad with an apparent disregard for the folks who live in Ohio, thus has a dangerous mind when it comes to governing — pity the poor folks having to handle both horrible weather and a jerk of a governor.

And although global warming is the noted culprit in making these whacked-out storms even more fierce, the folks at Climate Central explain the phenomenon the old-fashioned way — temperatures.
From a post this morning:

Luckily, we have more information than just the models (donâ€™t get me wrong, we love climate models here at Climate Central; they just have their limits, like anything else with a million zillion moving parts).
We have the observational record!
Which is weather-weenie speak for a whole bunch of thermometers telling us how hot and cold it was, every day, at thousands of locations across the country for the past 120 years or so.
Thermometers are good because they tend to be non-partisan, which is extra important when it comes to climate change.
There are no ruthless, ice-cold Santorum thermometers, no warm and fuzzy Obama thermometers and no wishy-washy Romney thermometers that change temperature depending on who is collecting the data.
Nope.
Just thermometers.
Thousands of â€˜em doing the same job, day in and day out, 365 days a year, for more than a 100 years.
So to see whatâ€™s going on this winter and whether it means anything, we have collected the thermometer data and looked at it for 11 U.S. cities.
The results confirm what most people sense: winters are getting warmer as a result of an overall warming trend caused by air pollution with carbon dioxide, methane, fluorocarbon refrigerants and other greenhouse gasses.
(OK. Iâ€™m not sure most people â€œsenseâ€ that last half of that sentence, but they should).

They then go through the data — pretty convincing.

Climate change is the big bugger in the nose of humanity.
And the problem is that these twister examples last week will only get worse and will get worse faster than people realize, even the experts.

Joe Romm, who runs the most-excellent Climate Progress, had a post up last week — a Leap Day Special he called it — about the mistakes he’s made during the course of his career (a Ph.D. in physics from MIT., and a former acting US assistant secretary of energy for energy efficiency and renewable energy in 1997), which included a glimpse into the real terror of climate change.
Romm says of his biggest mistake:

I have consistently underestimated the timing and speed of climate impacts and the level of greenhouse gas emissions that would likely cause catastrophic warming.
In the 1990s, I was mostly a 3Â°C or 550 ppm guy.
In fact, looking at my 2004 book, The Hype About Hydrogen, I now see that it actually floated a scenario in which â€œin 2037, the the National Academy of Sciencesâ€™ Panel on Abrupt Climate Change, noting that the 3 previous years were a full 1Â°F warmer than the past decade, urges CO2 stabilization at 650 ppmv within 50 years.â€
Ouch.

So all this increasingly freakish weather is coming at us faster that anyone really knows — we’re really in a blind on time.