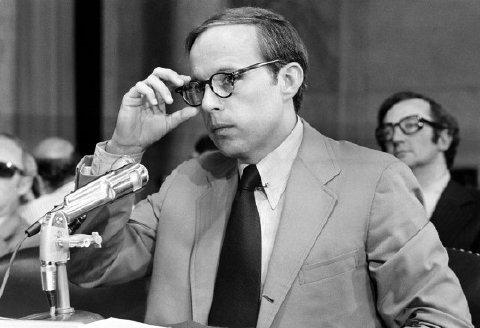 In context of this month’s 50th anniversary of the clumsily-botched burglary at DC’s Watergate — June 17, 1972 — I came across this interview this afternoon at the Guardian with John Dean, maybe the actual hero of Dick Nixon’s downfall.
Well worth the time to go read the whole piece, but this a most-interesting comparison between Nixon and the T-Rump:

“I was never worried about the country and the government during Watergate but from the day Trump was nominated, I had a knot in my stomach and, until he left, I never got rid of it,”
Dean, 83, tells the Guardian via Zoom from a Washington hotel. “He just discovered late in his presidency the enormous powers he does have as president. He wants them now. He knows he can hurt his enemies and help his friends.”

He adds: “Nixon, who was very bright and understood how the government operated and what the levers of power really are was somebody who also could experience shame and accepted the rule of law. When the supreme court ruled against him, that was it. I can’t imagine, in a similar situation, Trump complying with a court order from the supreme court saying turn over your tapes.”

But if something like Watergate happened in the 2020s, he does not believe it would necessarily bring down a president again.
“It would be very different today, primarily because of Fox News, which would be mounting a fulsome defence of him. We are far more polarised today than we were. We were polarised during Watergate but not to the degree we are today.”

That leaves him fearing for the future of American democracy.
“Not so much Trump but now the whole Republican party has shifted into this authoritarian stance. Not all the Republicans I know are that way but too many of them now think authoritarianism is just dandy because it works, it’s efficient. Well, Mussolini ran the trains on time, didn’t he — but at some expense.”

A whole different world in 1972 and today. American democracy is indeed much in jeopardy.

Next time, we may not have a true-American asset:

Half a century later, here we are once again…