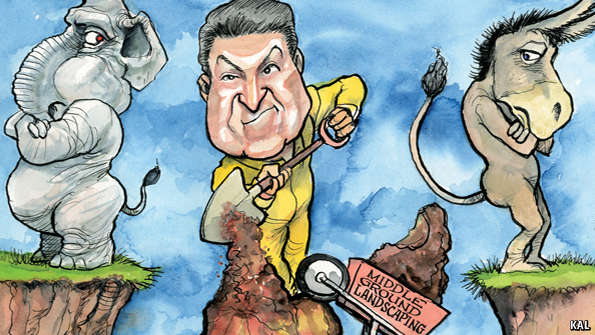 One of the worst people on the planet right now is most-likely Joe Manchin.

I know, I know there are murderers out there, rapists, child abusers/pedophiles, killers in mass, yet most of these-pieces-of-shit are hopefully confined to a small space of horror-infliction and not in a super-scale, like allowing possible elimination of American democracy as we know it, and empowering the deaths of millions of people worldwide in the disaster-death of a livable earth.
And what makes this so reality-worse, cold-coal Joe opposes shit that is way-popular — like national paid maternity leave, vouchers for Medicare recipients to help cover annual dental costs, expansion of Medicaid, and on and on. Some are really hip with voters, like prescription drug pricing (9 in 10 Americans support it), and maybe taxing the rich more (61-percent of voters favor such a move), and such living-life made easier legislation.
And climate change efforts — Manchin’s interest in coal tattle-tales the reality (75-percent of Americans understand climate change is real; 55-percent want more energy from clean sources and less comes from coal and natural gas, only 16-percent oppose it), and the planet suffers.

In this bad-guy mix, of course, T-Rump is still out there doing pure bad all the time, but he’s a forever idiot, and Manchin is not. He’s just greedy, and a whining, self-centered asshole. Despite all the shit he pulled this year, he’s put himself in the driver’s seat of horrible nonsense.

Justification of cold-coal Joe will be hard to clarify in the future:

Explain that there was a man named Joe once who had a boat. https://t.co/bD6Hag2kg2

Alexandra Petri at The Washington Post this morning has another great op/ed piece on the ludicrous attempt to define the asshole years from now and his stance on climate change. Please, go read the whole piece (Petri is top-notch), but this centerpiece is telling:

Explain that there was a man named Joe once who had a boat. He thought life on boats was easy and pleasant. Maybe he thought that if the sea level went up, that just increased the number of places you could go in your boat. Explain that he was what was called a senator, which was one of a group of 100 elected people who barely passed legislation, sometimes, because thanks to the filibuster (which Joe loved very much), you had to use a complicated process called reconciliation to make any legislation.

If they object that this doesn’t make sense, you can agree. Give them as much time as they need to process this. If they say, “Why did Joe want us to live like this?” you can keep going.
…
If the children say, “So, because one man with a boat from West Virginia in the year 2021 decided that it was more important not to bother the fossil fuel industry than it was to do what was necessary to prevent the earth from getting 1.5 degrees warmer, we are stuck living like this?” say, “No. All of the Republicans also helped.”

This may depress them. But remind them never to doubt that one person, with a few large gifts from the fossil fuel industry and a deep love for something called the filibuster, can absolutely change the world.
Indeed, it’s the only thing that ever has! Just never for the better.

Meanwhile, cold-coal Joe was being Republican-like this morning  in a whine, me-as-victim bullshit rant that plays so well with MAGA hatters and right-sided assholes:

“I don’t know where in the hell I belong.”

Nutshell via Martin Pengelly at the Guardian live blog earlier this morning:

Manchin is either a moderate Democrat or a conservative one, depending on who you ask. Hint: progressives think he’s a conservative and regularly damn him for it.
The notion that he might switch parties, thereby joining every other major elected official from his state and either giving the Republicans the Senate or, as an independent, continuing to hold the balance of power, is a persistent one on Capitol Hill and elsewhere.

Today, amid tense negotiations over the fate of Joe Biden’s spending and infrastructure plans, Manchin appeared at the Economic Club of Washington DC.
His interviewer, the billionaire David Rubenstein (see here and here and here), asked: “Have you ever thought my life would be easier for you if you shifted to being a Republican?”

Referring to a report from David Corn of the leftwing magazine Mother Jones which said Manchin was considering a switch and “has an exit plan”, Rubenstein said: “And somebody had said recently that people have approached you about doing that? So that just might be easier for you to do that?”

Manchin rejected the Mother Jones report last week, telling reporters it was “bullshit, bullshit spelled with a B, U, L, L, capital ‘B’.”
But he also said he had offered to change his party if he was causing problems for other Democrats.
“I said, me being a moderate centrist Democrat — if that causes you a problem, let me know and I’d switch to be independent,” he said last Thursday.

On stage with Rubenstein, he said: “Oh, [it would] be much easier. My goodness. Is that the purpose of being involved in public service, you think? No, I’ve never, I’ve never thought from this … What I’m telling you now is who I am.
“Do you think by having a ‘D’ or an ‘I’ or an ‘R’ [next to my name] is going to make me change who I am? I don’t think the Rs will be any more happier with me than the Ds are right now. OK, I mean, that’s about as blunt as I can put it, so I don’t know where in the hell I belong.”

He’s lying. He knows and is just being a baby-asshole about all the asshole-shit he’s pulling in his continuing life of being a pure and complete asshole.

My favorite representation of how cold-coal Joe and all Republicans, especially the T-rump,  actually feel about their constituents/followers: