Bypassing the roaring news cycle this evening, a brief current-affairs history insight. In this past year, along with a horrifying, never-ending pandemic, severely-serious Republican democracy dismantlement (and pandemic enhancement), and a shitload of lesser ills, we’re also in a scary-freaky mechanical-tech outburst, exacerbating the crazy.

Nostalgia for just a short time ago: 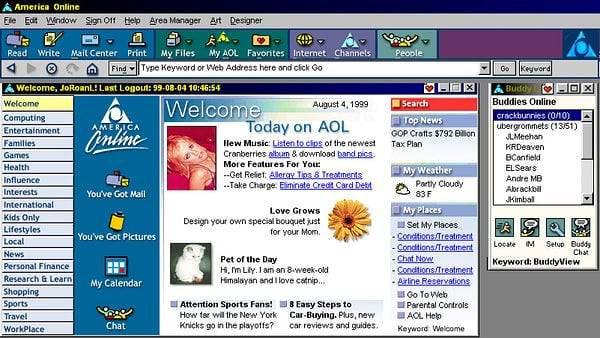 Whiles surfing my normal sites of news and related whatnot this afternoon, I came across an engrossing piece by tech writer Nick Bilton at Vanity Fair from Friday and a look at this past watershed year for something most-likely not nice:

The best way to put the past year into context is to simply look at the numbers.
For example, over the course of 2021, as of this writing, Elon Musk’s personal net worth grew by $87 billion. That’s more than the market capitalization of Ford. Musk wasn’t alone — Larry Page’s and Sergey Brin’s net worths grew by $46 billion and $43 billion, respectively; Mark Zuckerberg’s by $21 billion, and Jeff Bezos’s by $4 billion.
Over the same period, Apple’s worth grew to almost $3 trillion, up some $700 billion from 12 months ago. (That means it grew by about the entire GDP of Saudi Arabia.)
The market cap of cryptocurrencies grew from around $770 billion to over $2 trillion, and that’s on a bad day (at its peak this year, in November, crypto was worth almost $3 trillion).
Even the internet itself added 222 million new users — nearly 90 million people more than the average number of births per year — bringing us 100 million shy of 5 billion users.
All connected together like billions of little synapses in one giant, discombobulated, meme-making, fake-news-sharing, Netflix-and-chilling chatterbox of a network.

But these numbers tell us something else. While the global pandemic fucked up pretty much everything — creating mass unemployment, stretching inequality to its bleeding edges, and killing more than 5.3 million people — tech just seemed to keep growing. Sure, we were all stuck at home, downloading app after app, slicing away our time with dancing meme videos and endless opinions.
And it wasn’t just the old stuff, like Apple and Microsoft and Instagram, that grew. Over the past 12 months, we saw an explosion of new technologies, like NFTs, DAOs, and DeFi, plus a slew of other terms that just a year ago were not even in the public’s consciousness.
Now, of course, they are all anyone can talk about.
…
On the one hand, it might seem that the world has gone stark raving mad. But I think there’s something else at play. And that’s the speed of time.

About a decade ago, on a tour of the MIT Media Lab, a professor there told me that “the technological changes that would take place over the next century would be more rapid-fire than the technological changes that had taken place over the past 20,000 years.”
In other words, the speed with which technology will start to change society will one day be unlike anything we’ve ever seen before in history. I think we’re now starting to see this become a reality. The slow roll of watching the internet grow to nearly 5 billion people took almost 39 years.
The speed with which information can ricochet around the planet between almost three quarters of the people on earth is now nothing short of astounding and terrifying. Everything in tech is happening faster and faster, and it’s becoming apparent that, short of unplugging the whole thing (which is not a terrible idea), there is absolutely nothing we can do to slow it down.
The speed with which everything grew this past year, and the direction in which the money flowed with torrential effect, are perfectly illustrative of that. And it’s only going to get faster and faster as technology proliferates evermore through every aspect of our daily lives.
One of the aspects of technological change is how it grows exponentially, so the speed of change actually grows faster with each new advancement in tech. Given that we’re only 21 years into this century, and how much has changed in that period of time — the invention of everything from driverless cars to smartphones to social media — we’re only a tiny smidgen of the way into the century of unimaginable change the MIT professor predicted.

Bilton seems to know his shit — from Wikipedia: ‘His reporting is credited with helping to lead the United States Federal Aviation Administration to overturn their longtime ban on using cell phones, Kindles and iPads on airplanes. Jeff Bezos gave credit to Bilton during Amazon’s 2013 earnings report for overturning the ban, saying “a big hat tip to Nick Bilton on that one.”‘

So Bilton can get a little scary with his expertise:

I’ve been writing about technology for almost two decades, and there are two things I’ve learned about tech that are absolute certainties. The first is that we can rarely ever predict how a technology will be used in unintended ways.
Facebook was founded as a way for Mark Zuckerberg and his friends to get laid; now it’s not only being used to spread incomprehensible amounts of misinformation, but it’s helping contribute to the spread of the coronavirus, the rise of depression and suicide in teens, and even international genocide.
Donald Trump has gleefully admitted that if it weren’t for Twitter, he would never have been president. If he had never been president, January 6 would have been a day for celebration, no matter who won, not an assault on the Capitol. And the current wave of smash-and-grab robberies wouldn’t even exist if it weren’t for social media. Snapchat, which was originally designed to share suggestive disappearing pictures, is now being used to organize this new type of crime.
Which brings us to the second certainty about technology: that the people who build these things rarely ever try to predict what could go wrong with them.
When they do — which is rare — they make very little effort to build in tools that will help mitigate the disasters they are capable of auguring.
That’s why the world looks the way it does today — and why, by the end of next year, it will look even worse.

(Illustration out front: ‘Tower of Babel,’ 1928 woodcut by MC Escher, and found here).